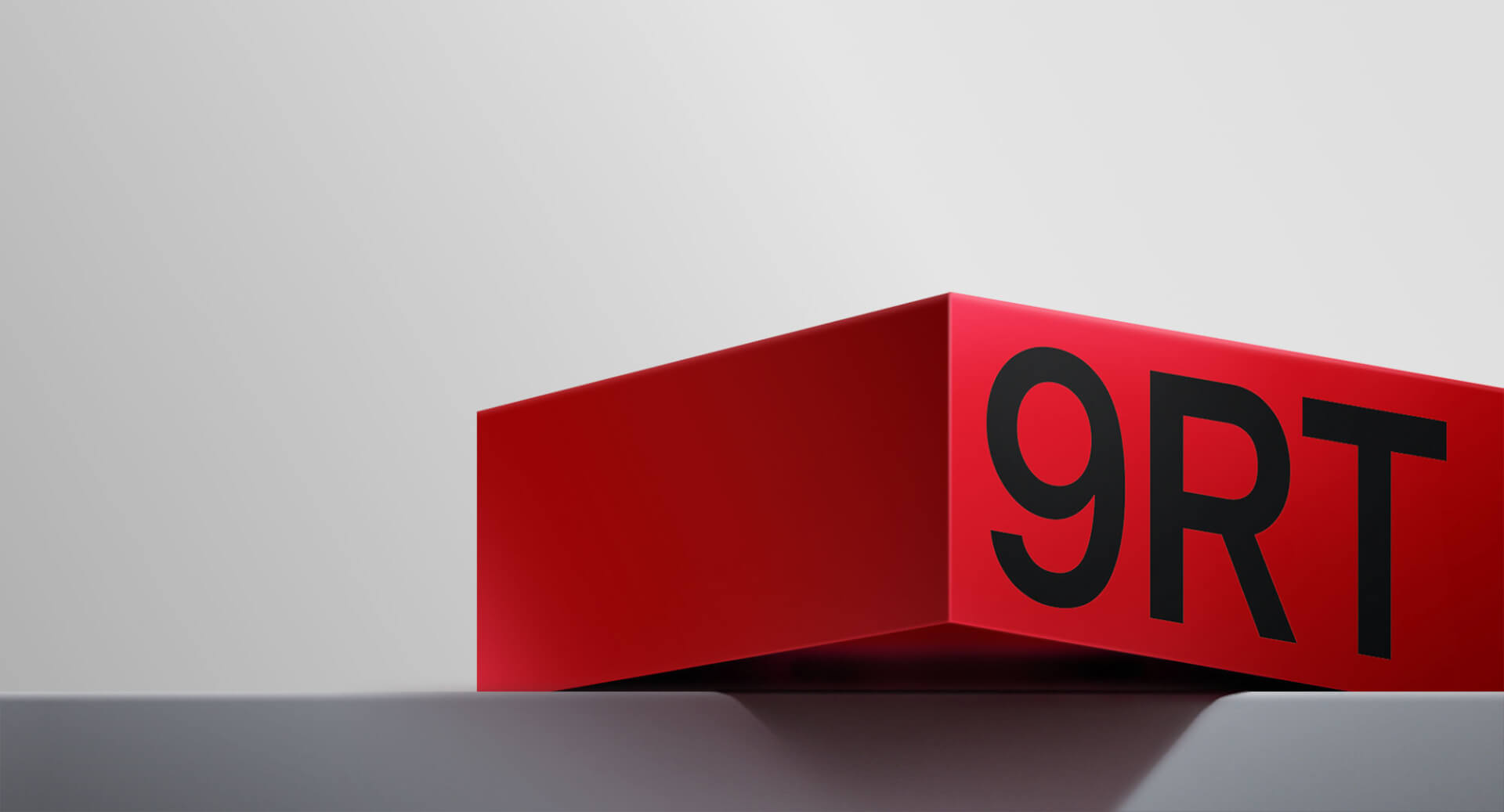 OnePlus has announced that it will be launching the OnePlus 9RT on October 13th in China, alongside a GIF showing the device.
However, just hours before, the phone’s design leaked online in official looking renders, thanks to leakster Evan Blass, on Twitter.

The leaked images seem to be press renders and they are pretty sharp and professional-looking, hinting that they are, indeed, official images.

The 9RT shown in these leaked images is seen only from the back and the photos highlight the eye-catching camera module, made up of three lenses, as well as the slightly curved edges of the device.

The main camera is a 50MP, but we don’t know anything about the others for the time being. 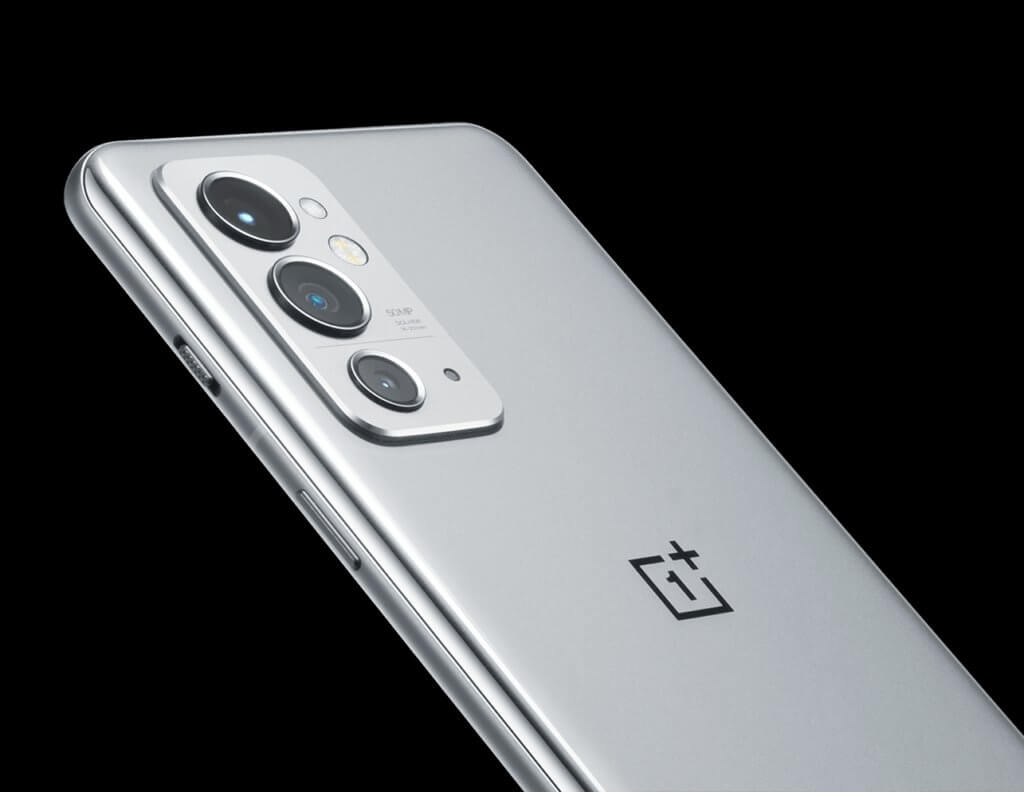 In addition to that, the final image shows a red box with 9RT written across it. This might prove to be the design of the box the smartphone will come in. 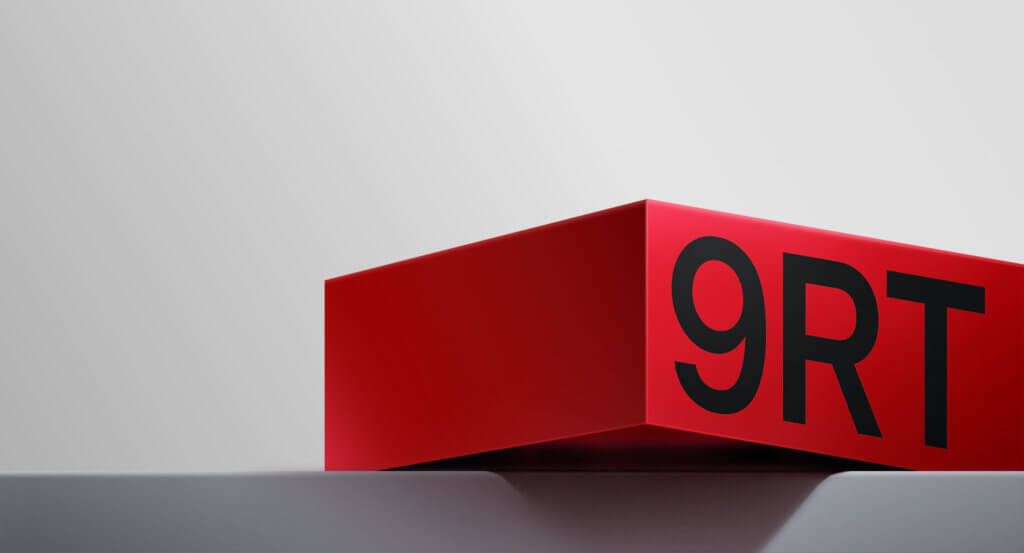 Evan Blass also got a hold of an image of the OnePlus Buds Z2 in Obsidian Black, together with the sales package and the charging case.
The packaging of the earphones confirm a 520mAh battery but the rest of the features are still just rumors thus far. 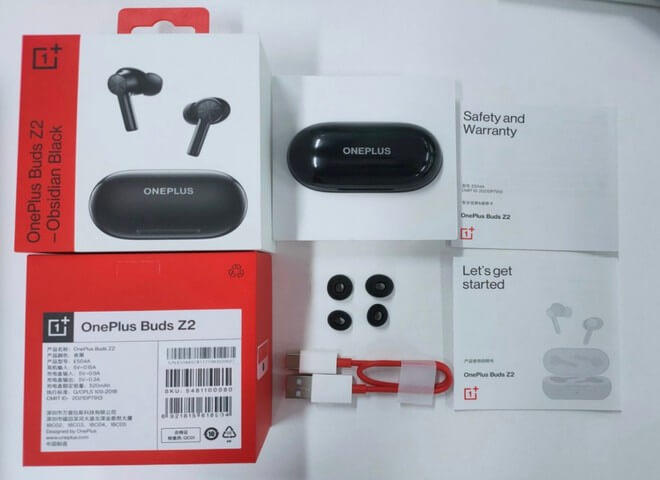 They include ANC support, IP55 certification (water and dust resistance), up to 38 hours of battery life ( by using the charging case) as well as Fast Charging support (full charge in 90 minutes).

In addition to Evan Blass, leakster Ishan Agarwal also showcased the device from all angles with some more official-looking renders, leaving nothing to the imagination. On the front of the smartphone we’ll find a camera hole in the upper left corner of the screen and a chin that is a little bit pronounced. 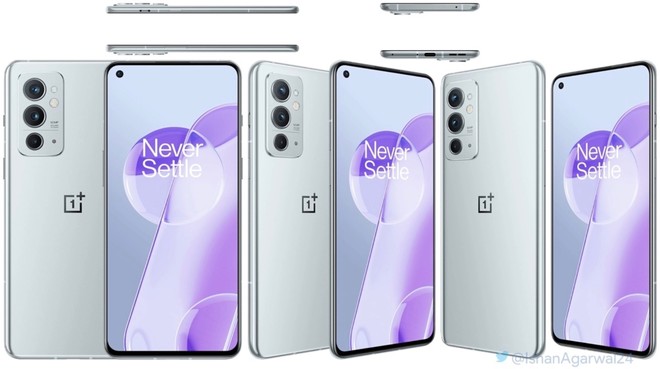 The images that show the phone from its profile highlight the camera protrusion and the USB-C connector on the lower edge. There is no headphone jack anywhere in sight.

There are yet no news regarding the technical characteristics that remain those anticipated by previous rumors. The main mid-range specifications would include: an AMOLED display with a 120Hz refresh rate, a Snapdragon 870 under the hood and a 4,500mAh battery with 65W fast-charging support.