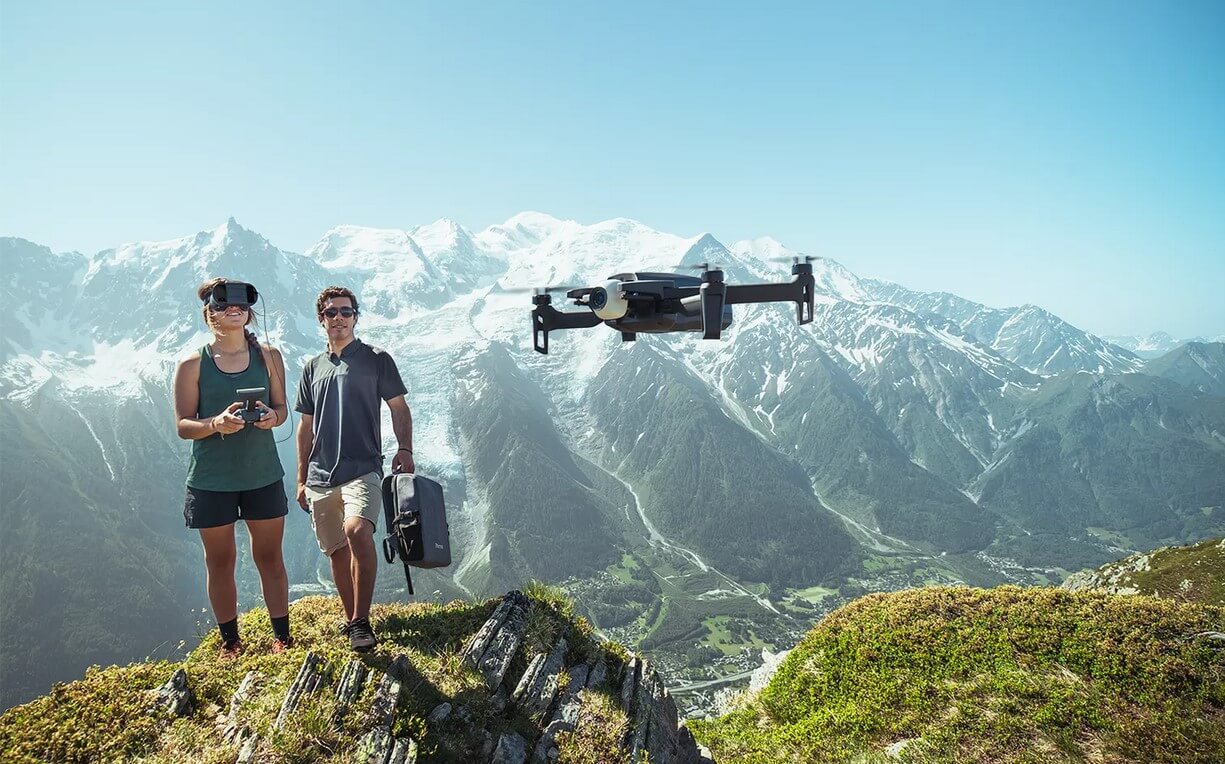 The Anafi is now available in a new, $799 package that comes with so-called Cockpitglasses. Put them on, and you’ll get an amazing first-person view of the camera’s feed when the Parrot is zooming around.

There aren’t any updates for the Anafi itself, though Parrot did release the 6.6 version of the FreeFlight app to let you get that bird’s eye view.

You just have to put your smartphone with an up to 6.5-inch display in the collapsible Cockpitglasses, then open up FreeFlight and select FPV mode, which opens up stereoscopic view on your device.

On top of the headset there’s a button to access the camera’s menu and drone controls, while on the bottom you’ll find one to open the rear camera of your phone.

That way, you can see what’s happening with the drone without removing your glasses and hopefully not smack the tiny drone into a tree.

However, while the Anafi records in 4K, your phone will only receive a 720p stream with a range of 2.4 miles or 4 kilometers.

In the FreeFlight app you’ll also find a new Arcade mode that lets you pilot the Anafi by pointing the camera where you want it to fly.

There is also a Cinematic preset so your video banks and turns with the Anafi, alongside a Racing preset that also locks the horizontal axis but gives your footage a more speedy feel.

The Anafi FPV combo will launch later this month in a package that includes the drone, the goggles, extra propellers, a 16 GB microSD card, a battery, an USB-C cable and a backpack that can double as a stable platform for launching the drone. 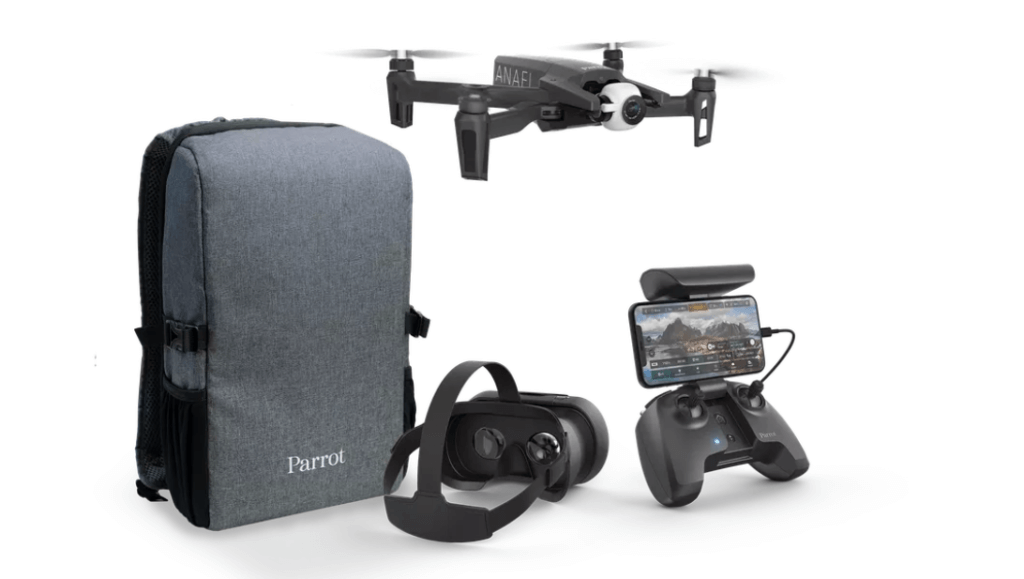