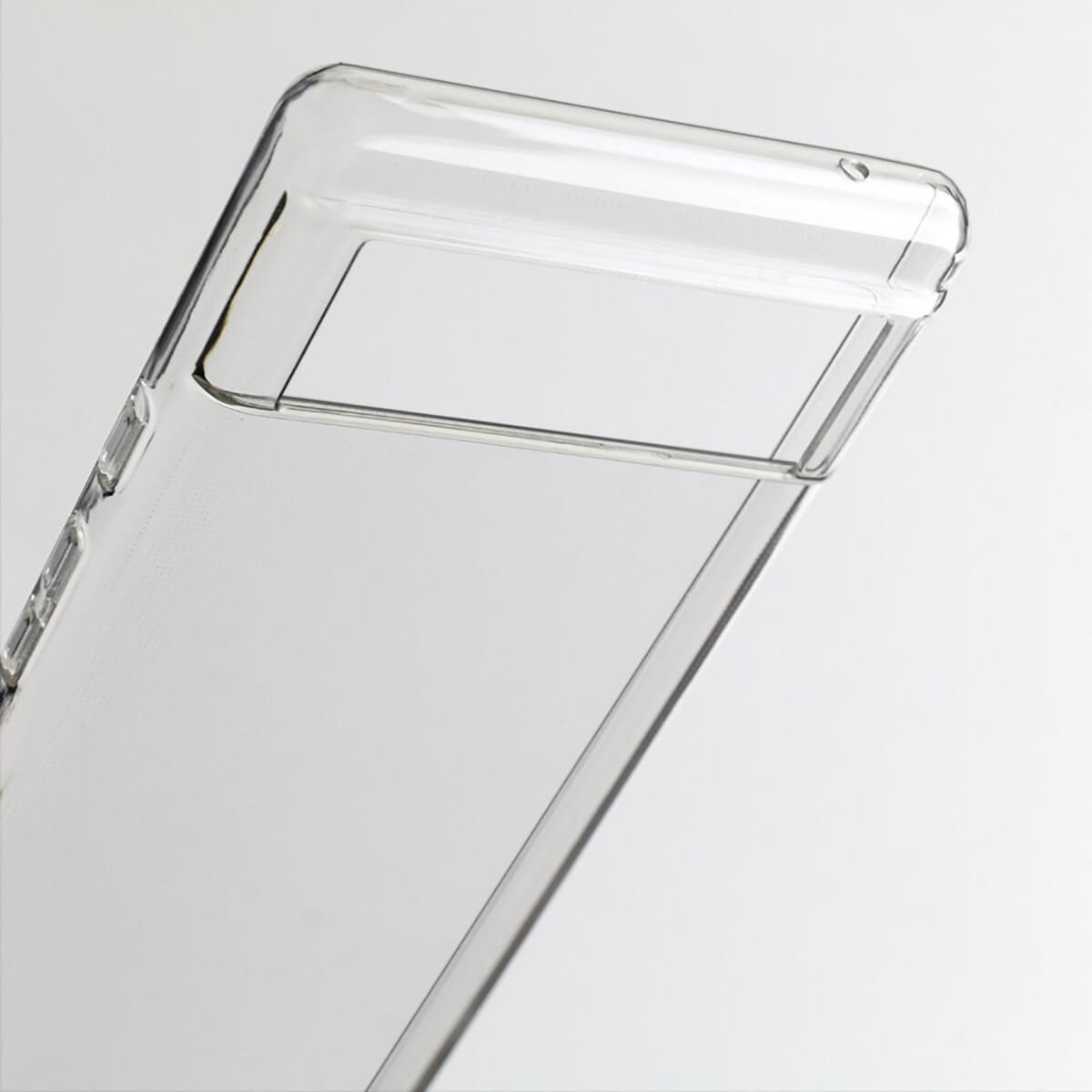 After benchmarks and renders, phone cases are the best indicators for an upcoming phone’s look. This time, we got a better idea of the Pixel 6 thanks to a case that revealed, first and foremost, the massive camera bump users will have to adapt to once Google’s 2021 phone hits the market.

The transparent plastic case that is making waves right now should suit the Google Pixel 6 just perfect. According to leakster Ice Universe, this is likely to be the design most case makers will go with, albeit with different textures and colors.

As we can see, the entire focal point of the case is the back, around the camera bump. The case was designed with it in mind, with two sides that protect the mega camera bump and that flow into the rest of the case, protecting it from scratches all around.

It seems the phone will have an 8.9mm thick body with the exception of the camera part, where it will jump to 11.8mm easy! There’s a hole at the top of the phone presumably for the mic as well as two bottom holes for the speaker grills.

The latest rumors point to a 6.4-inch Pixel 6 and, indeed, a bigger variant, as well. We’re not sure if it’s going to go to market as the XL or as the Pro, but it will be significantly bigger, at 6.67 inches.

Both phones will run on a custom chip nicknamed Whitechapel with focus on the NPU and ISP. No surprise there, as Pixel phones’ biggest strength was imaging software and photo processing.

The camera module for the Pixle 6 Pro will likely include a 50MP main lens, an 8MP tele and an ultrawide. The vanilla one might stick to dual cameras.

If all goes as planned, both Pixels should be unveiled this fall, in October or early November. Since the Pixel 5 launched at $699, Pixel 6 might keep the same price or go slightly lower, at $649. We don’t expect Google to increase prices on either Pixel phone.