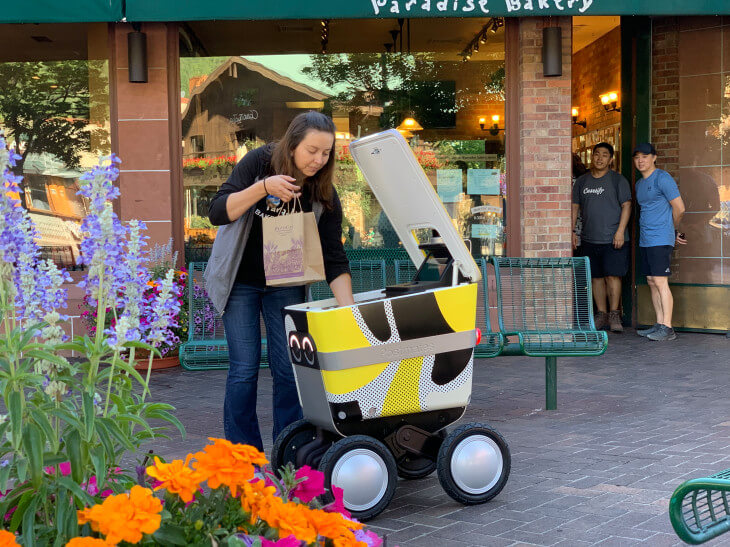 Some of you might remember we spoke about the Serve autonomous delivery robot a while ago. The googly-eyed robot was first announced in December by Postmates, a food and grocery delivery company that operated across no less than 550 cities in the U.S.

Postmates might be the first company ever to receive a permit for sidewalk robotic operations in San Francisco. These will be active for 180 days. They only allow for the testing of up to three autonomous delivery services. According to the San Francisco Public Works, Postmates has not been issued the permits just yet.

“We’ve been eager to work directly with cities to seek a collaborative and inclusive approach to robotic deployment that respects our public rights of way, includes community input, and allows cities to develop thoughtful regulatory regimes,” Postmates told TechCrunch.

The company has been working on developing a system for sidewalk robots since 2017 and all its efforts have been combined in Serve.

The robot is capable of carrying 50 pounds of cargo and has a 30-mile range, which, according to Postmates, will allow it to carry out about a dozen deliveries every day. As Postmates has to deliver numerous orders, it decided that creating a machine that can avoid traffic and can travel across the sidewalks instead, would be a much better idea. 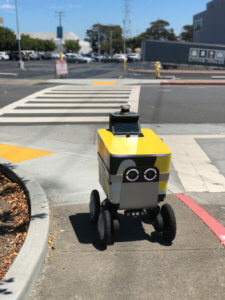 Each Serve robot is monitored remotely by a human pilot and features a ‘Help’ button, a touchscreen and a video chat display for the use of customers or passer-bys, who can use them if necessary.

In addition to that, Serve will help the company be more environmentally friendly and cut down on the emissions the Postmates couriers (350,000 of them) use.

Serve is not the same robot that was initially introduced to the world back in December: Postmates has made some changes to its LIDAR system and made it smaller and more durable and also managed to decrease its weight. In addition to that, the team also came up with a new scripting language that animates the robot’s ‘eyes’.

“We are spending a lot of time going in and refining and inventing new ways that Serve can communicate,” Ken Kocienda, software engineer for Postmates had said a while ago in an interview. “We want to make it socially intelligent. We want people, when they see Serve going down the street, to smile at it and to be happy to see it there.”

A while ago, companies tested their sidewalk robots freely, all around San Francisco without permits but the city eventually decided to ban testing altogether, unless the city issued a permit for the projects.