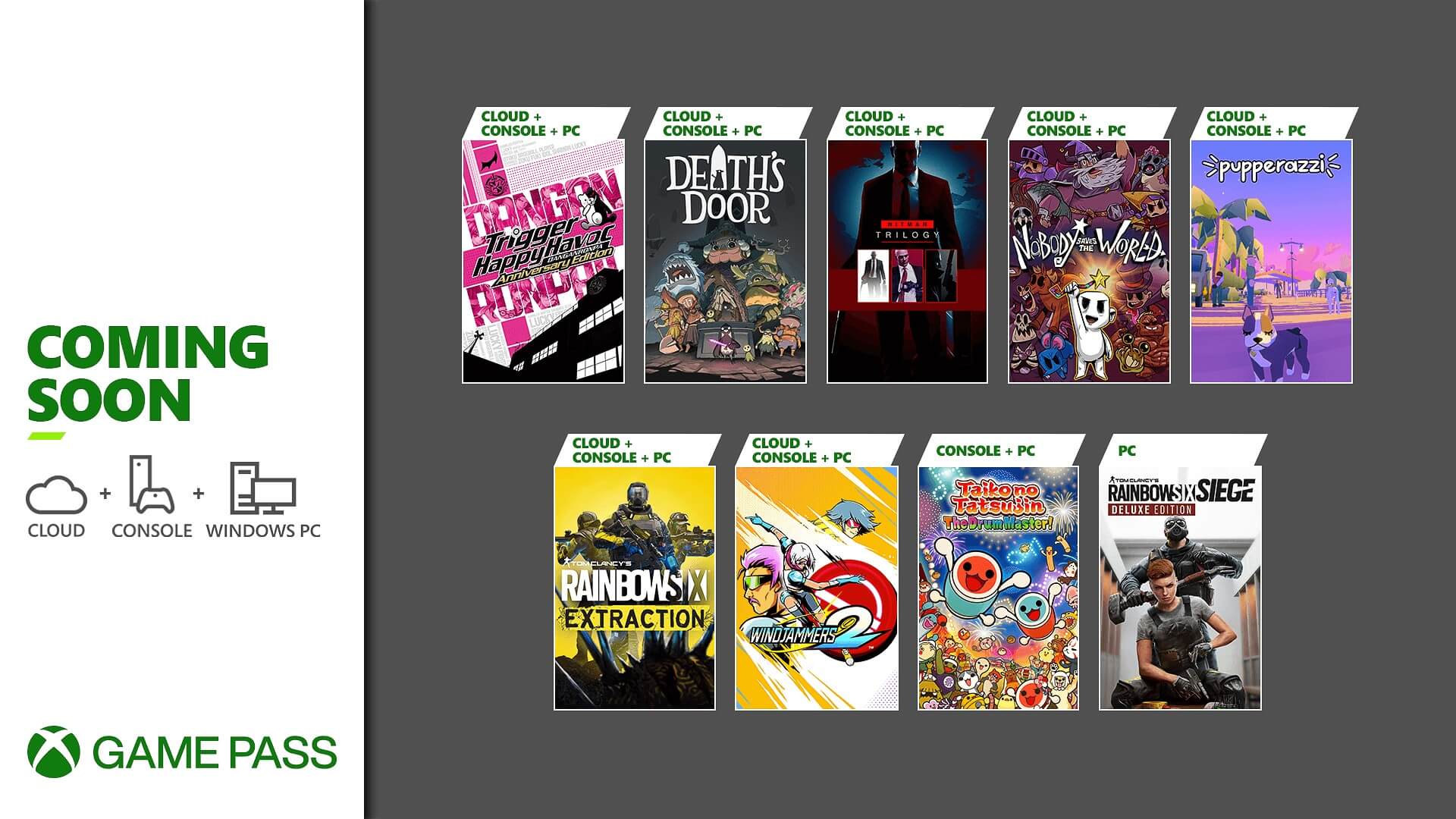 The remainder of January’s Xbox Game Pass releases have been announced on Xbox Wire. The selections range from new releases of AAA franchises to indie darlings.

Here is everything coming to Xbox Game Pass from now until the end of January:

Merging the genres of visual novel, mystery murder, and video games, Danganronpa: Trigger Happy Havoc Anniversary Edition has you investigating a murder in preparation for a trail. Cross-examine classmates and narrow down your suspects as you try to find the true culprit.

Nobody Saves the World (Cloud, Console, and PC – Available Now)

The world is on the verge of destruction and all it has to turn to is… Nobody. Yes, Nobody. Use a wand left behind by a powerful sorcerer in order to take on different forms – rats, ghosts, guards, rangers, and more – and fight off the evil that awaits. Somebody needs to save the world and in this top-down Action RPG, it’s Nobody.

A day on the job for our crow takes it through the realms of the dead, reaping souls to pass the time. Everything becomes a little more hectic when you have to track down a missing soul. Fight back souls filled with power and greed in order to find the soul you were assigned to reap.

Track down and assassin your assignments as Agent 47. Play through all three of the Hitman games and creatively use the game’s many locations, disguises, and items to become the assassin you want to be.

You are part of the paparazzi but instead of taking photos of celebrities, you’re taking photos of dogs. Take great photos to “unlock new breeds, camera lenses, chew toys, and accessories to dress up dogs with” and take even better photos.

Available Day One on Xbox Game Pass, the next entry in the of the Tom Clancy’s Rainbow Six series shakes up the formula by taking players on a tactical co-op FPS fighting through mutant enemies. The twist in this version is that you can lose the series’ operators while trying to clear out enemy spawns, meaning you’ll have to jump back in once more to save them.

Available Day One on Xbox Box Game Pass, Windjammers 2 brings arcade-style flying disc action! Defend your goal, keep the frisbee up, and use stylistic moves to best your opponents in games of 1v1 frisbee.

Taiko no Tatsujin is the iconic rhythm drumming game everyone adores. With “over 70 songs and [the ability] to play with friends in local multiplayer mode and online ranked matches,” see if you can drum to the beat in the ever adorable Taiko no Tatsujin.