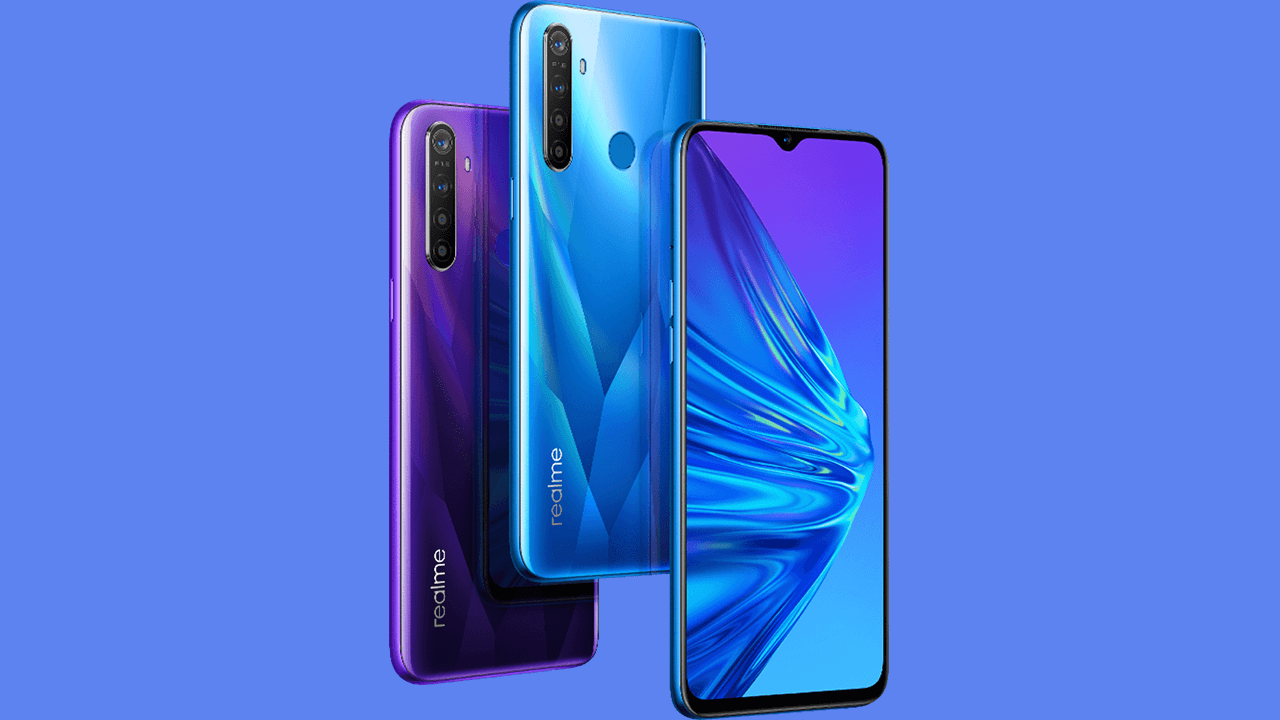 Realme 5 and Realme 5 Pro have finally landed. The new smartphones feature four cameras each as well as more powerful chipsets and batteries.

However, we’re not talking about a hybrid layout here: the smartphone has a dedicated spot just for the microSD card in the SIM tray.

The 5,000mAh battery charges via Micro USB (which might be a deal breaker for some) and yes, the device also has a headphone jack.

On the camera side, the Realme 5 has a 12MP main camera with an f/1.8 aperture, alongside an ultrawide angle lens with 119-degree FoV and 8MP sensor. Under them, we’ll find a 2MP macro camera and a depth sensor.

The selfie camera is a 13MP camera, neatly tucked in a waterdrop notch.

It’s available in Crystal Blue or Crystal Purple color variants and will become available as of August 27th. It’s unclear what the price for it will be but reportedly, it will sell for $140, which is not a bad price at all, considering the specs.

The Realme 5 Pro on the other hand, has a 6.3-inch Full HD+ resolution and packs a 4,035mAh battery that comes with VOOC 3.0 20W fast charging support, accompanied by an USB-C port. The chipset is a Snapdragon 712.

The camera setup is similar to its vanilla sibling with the one of the exceptions being the main shooter, which is a 48MP Sony IMX586 sensor. The selfie snapper is a 16MP with an f/2.0 aperture.

The Realme 5 Pro comes in Sparkling Blue and Crystal Green color options and will become available later than the Realme 5, on September 4th. It’s expected it will have a price tag of $200, but don’t take our word for it just yet.