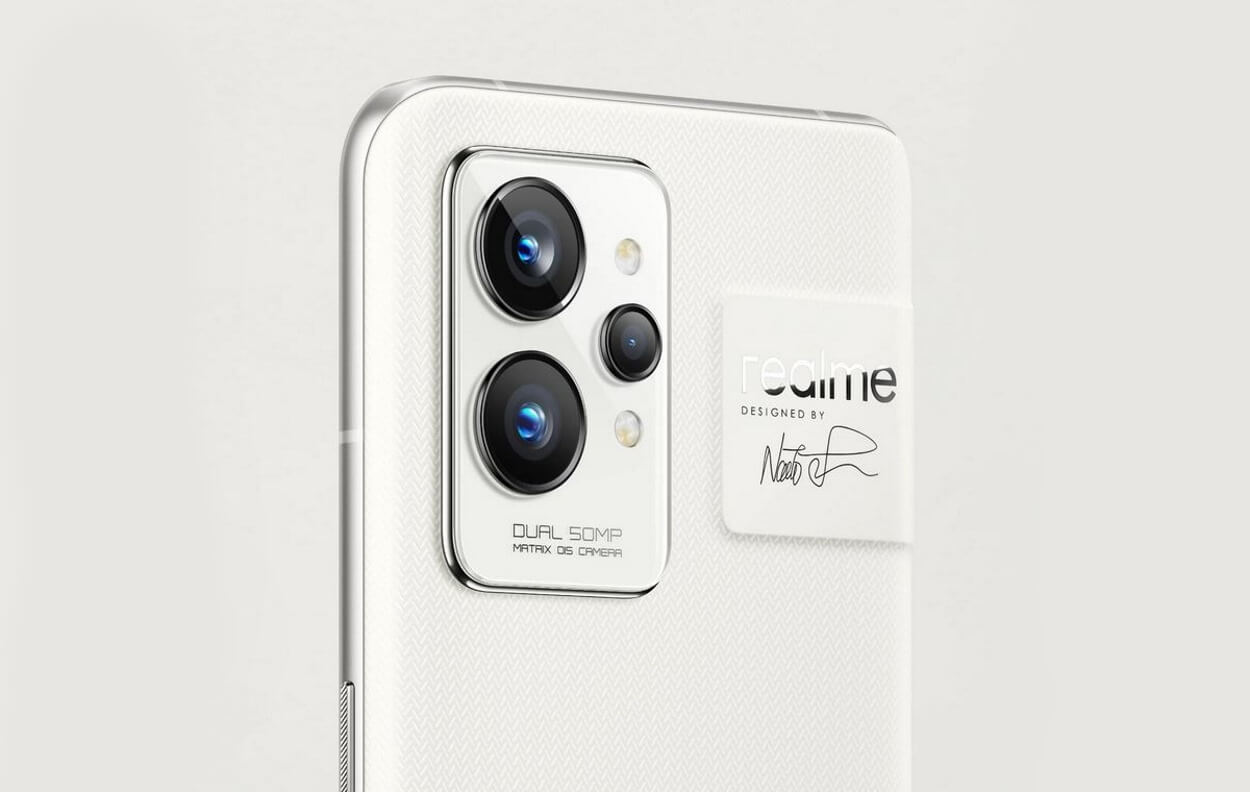 Did you think the previous leaked renders were the Realme GT 2 Pro? Think again because the final device looks a bit different.

The Realme GT 2 Pro, like this gorgeous foldable flip phone, was also revealed in a glossy fashion magazine.

Realme used Vogue Italia to share images of the Realme GT 2 Pro, which makes sense considering the sleek design of the handset.

The paper-like look is designed in collaboration with industrial designer Naoto Fukasawa, who also put his signature on the back near the triple rear camera.

According to Steve Hemmerstoffer, the tipster who originally shared the renders, the GT 2 Pro will come in three variants: the regular one, a camera performance model and the one you see above, which is the Master Edition.

While we knew so far Realme spent a lot of time on the design and making sure the camera setup is competitive (it has a 50 MP primary camera with the OIS), the Realme GT 2 Pro specs were unknown.

Now, thanks to a TENAA listing spotted by Gizmochina, that cat’s out of the bag as well.

A model listed as Realme RMX3300, which can’t be anything other than the GT 2 Pro, reveals the phone will use the latest Snapdragon 888 chipset.

That detail completes the spec list offered by AnTuTu listings, where the phone was listed to have 12 GB of RAM, 256 GB of storage, a 120Hz refresh rate display and a  1,025,215 benchmark score.

Still, it would be nice to see an official announcement and hopefully we won’t have to wait long. Realme is expected to announce the GT 2 and GT 2 Pro handsets on January 4th.