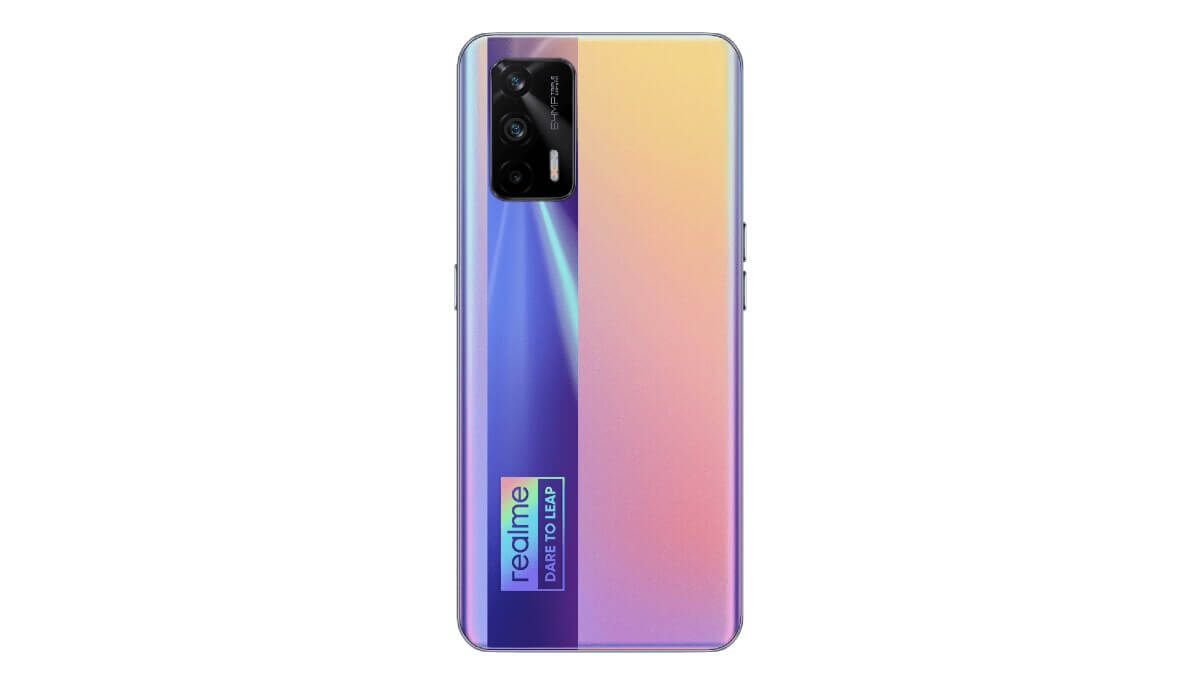 The last few days have been particularly busy for Realme, with the debut of the 8 and 8 5G models and the Q3 series in China. In addition to that, the X7 family will also welcome a new member, this time equipped with MediaTek’s latest Dimensity 1200 chipset.

At the beginning of April, Realme introduced the X7 Pro Extreme, which featured the company’s very first curved panel device. Now the series will be enriched with the addition of the Realme X7 Max.

The company has already confirmed the design and some specifications of the device: it will be a smartphone equipped with a large Super AMOLED display with a 120 Hz refresh rate and a Full HD + resolution and a punch hole notch that will host the selfie camera. 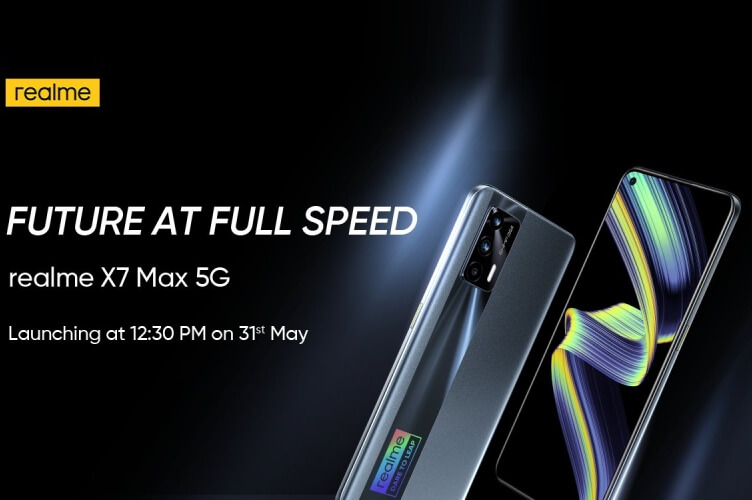 According to the latest rumors, the Realme X7 Max will prove to be nothing more than a rebrand of Realme GT Neo 5G, a device that was launched in China at the end of March. That means that we will most likely see similar specifications for it: in addition to the 6.43 display and the Dimensity chipset, it will have at least 8/12GB of LPDDR4x RAM and 128/256 GB of UFS 3.1 storage.

It will feature a 4,500mAh battery with 50W charging, a triple camera setup consisting of 64MP, 8MP and 2MP on the back as well as a 16MP front camera.  In terms of size, it is estimated at around 8.4mm thick and a weight of 179 grams.

In terms of additional features, we expect the device to have an in-display fingerprint scanner, a 3.5mm audio jack and the Realme UI 2.0 based Android 11 OS.

The smartphone will launch on the 31st of May and will come in three color options: grey, black and a peach/rose combination, from what we can tell from the official photos. 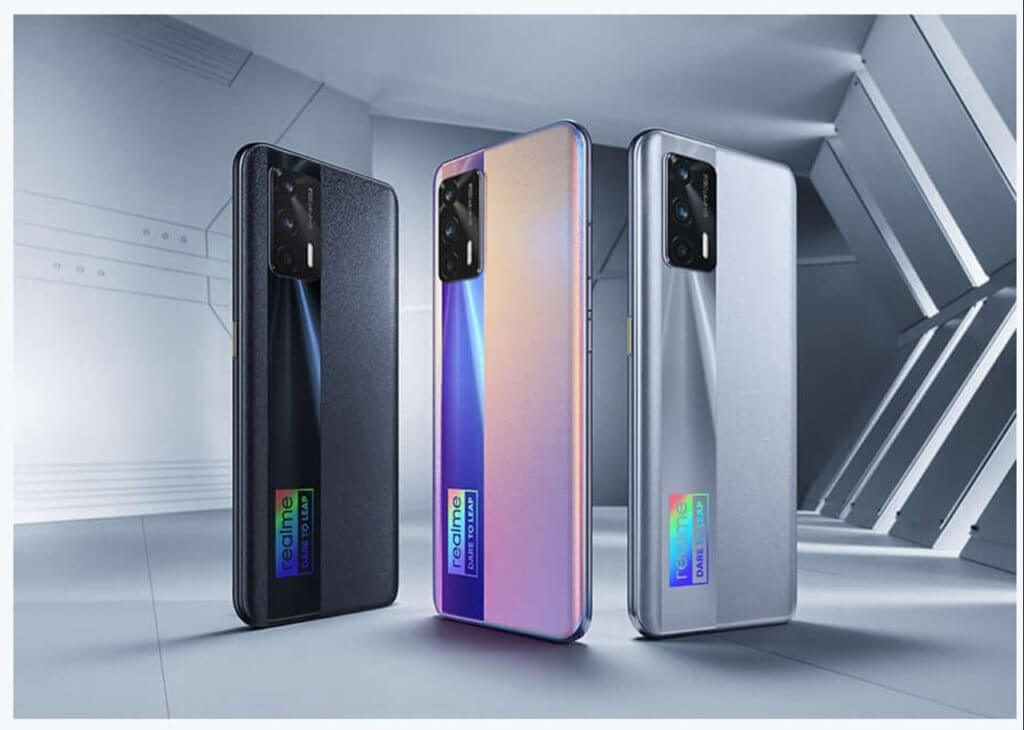 The device will make its debut alongside Realme’s Smart TV 4K, that will have 43 inch and 50 inch screen size options. It will support Dolby Cinema and also feature a voice assistant. 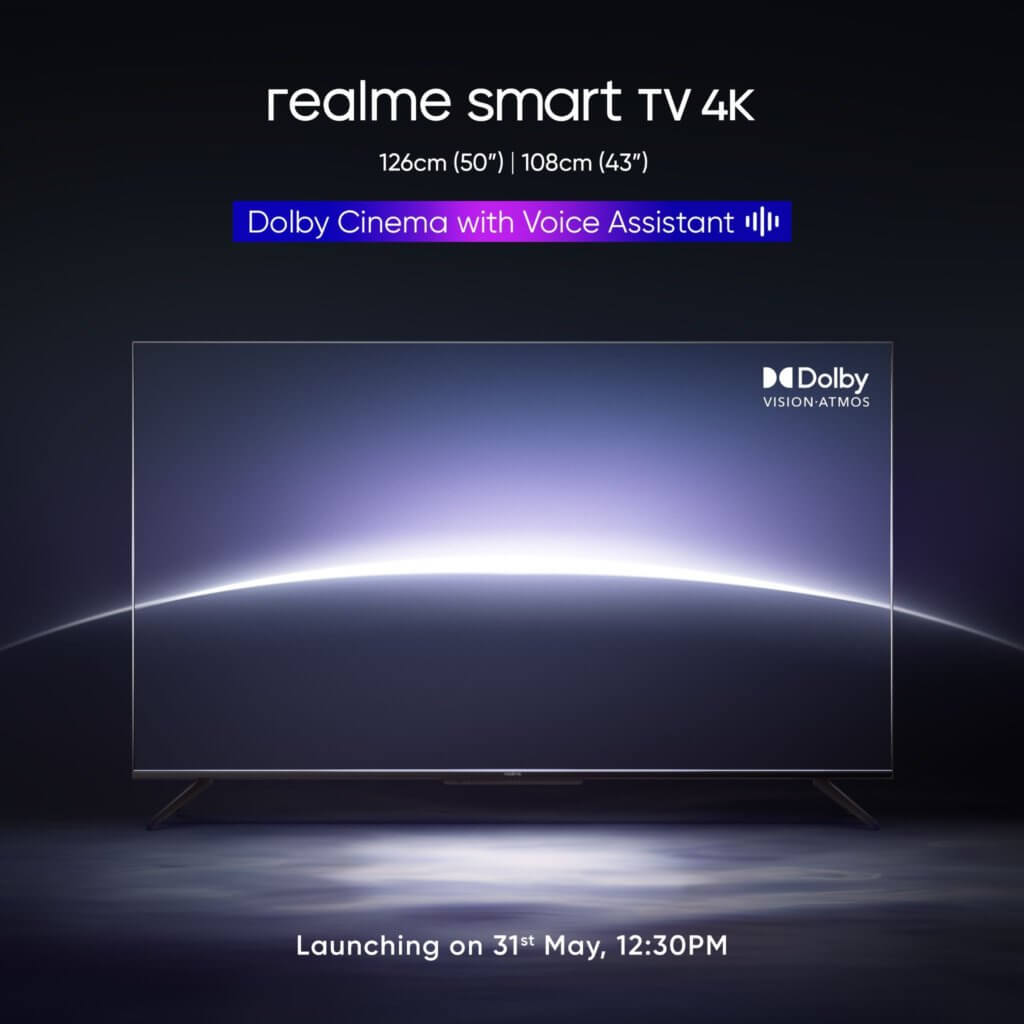 Unlike the smartphone however, Realme has not released more details about their smart tv so we’ll have to wait for the official reveal to find out more.