RED to Build an 8K 3D Camera for Hydrogen One 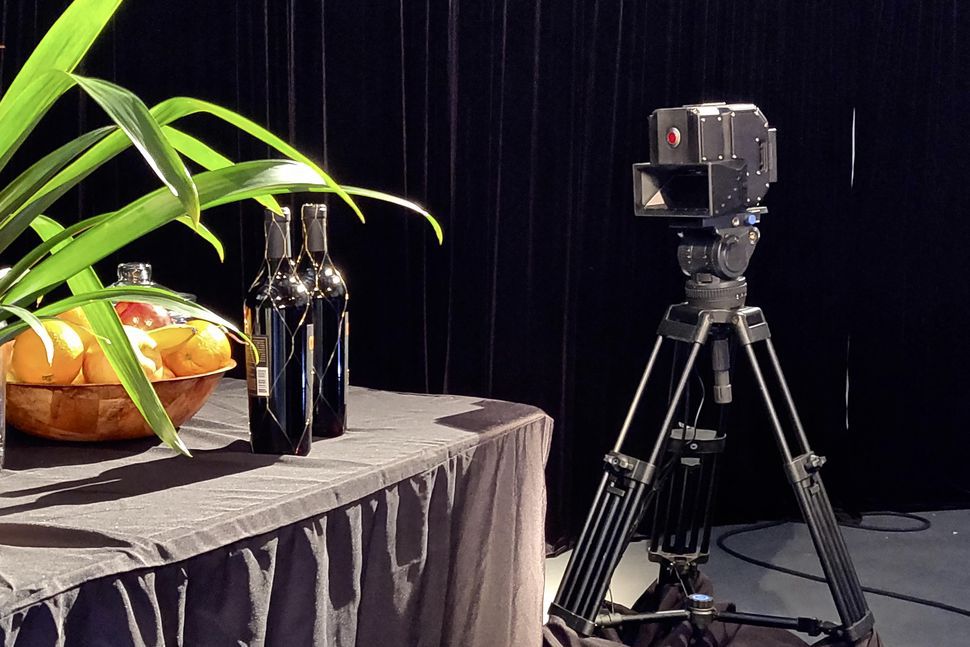 Today, professional digital cinema cameras manufacturer RED announced they will be entering a partnership with camera company Lucid. This resolves one of the mysteries surrounding RED’s upcoming smartphone Hydrogen One and the pogo pins on the back designed for accessories. One of the first uses of the pogo pins will be supporting a black box with two hardware-synced 4K cameras.

RED’s cinema cameras have been used for 3D capturing before (in Peter Jackson’s The Hobbit trilogy, for example). But those were enormous camera rigs operated by an entire team of people. Now, those rigs will be replaced by a shoebox-sized one.

The accessory is yet unnamed, but it will be able to make content in RED’s 4V format, which will in turn be displayed on the Hydrogen One’s holographic screen and create the much-talked-about 3D effect. Lucid will provide “3D Fusion Technology,” which combines the two 4K streams into a traditional 3D video.

The Hydrogen One slots into the new camera, serving as a 3D viewfinder for the entire setup.

Although the concept of accessories is not new, the ability to attach your entire phone to a high end camera is something else. This feature alone explains the price – RED says the pre-order cost for the phone is $1,195.

For now, there is no news concerning the price or release date for the camera attachment but supposedly, the accessory will be launched this summer, around the same time the phone is released.