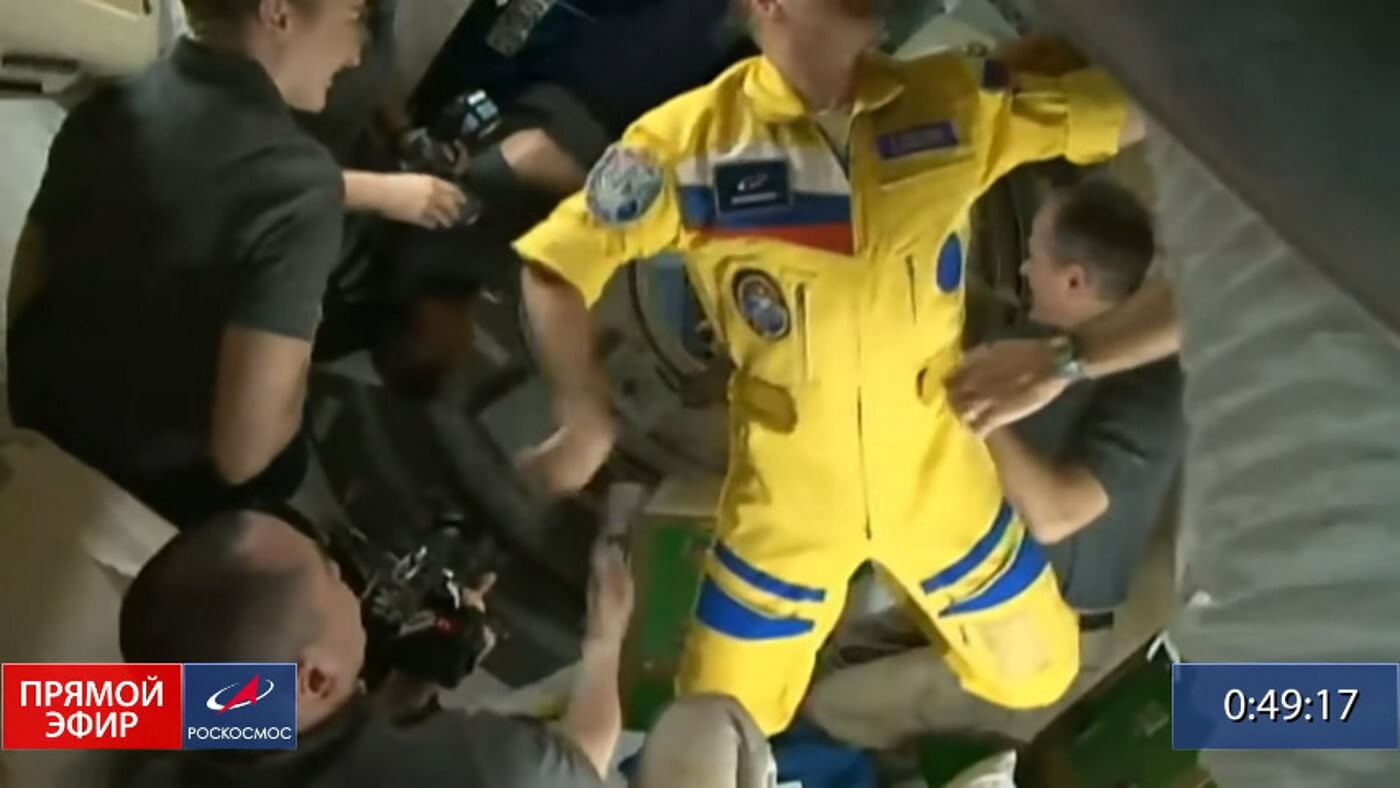 A subliminal message to stop Russia’s invasion of Ukraine or a mere coincidence coupled with practicality? You decide.

Three Russian cosmonauts who arrived on Friday at the ISS aboard the Soyuz MS-21 spacecraft say it is mere coincidence and not a plot to support the country their leader invaded. They were greeted warmly by the astronauts already on the ISS.

One of Russian cosmonauts, Oleg Artemyev, jokingly responded during a livestreamed press conference that “It became our turn to pick a color. The truth is, we had accumulated a lot of yellow fabric, so we needed to use it up.”

For their part, Russian authorities quickly scrambled to distance themselves from any message that would indicate they support the Ukrainian cause.

Roscosmos head Dmitry Rogozin wrote on Twitter to say that the Russian cosmonauts didn’t wear the Ukrainian colors but simply honored their university.

“Under no circumstances will we force cosmonaut graduates of Bauman University not to wear the colors of the coat of arms of their alma mater,” he said.

“Sometimes yellow is just yellow,” the Rocosmos agency wrote on Telegram, saying that the design of the uniform “was agreed upon long before current events.”

Rocosmos also shared on Telegram a different image of Artemyev wearing the same colored suit back in 2014.

You can see the full press conference here.

Qualcomm Will Not Sell Chipsets To Russian Companies Anymore