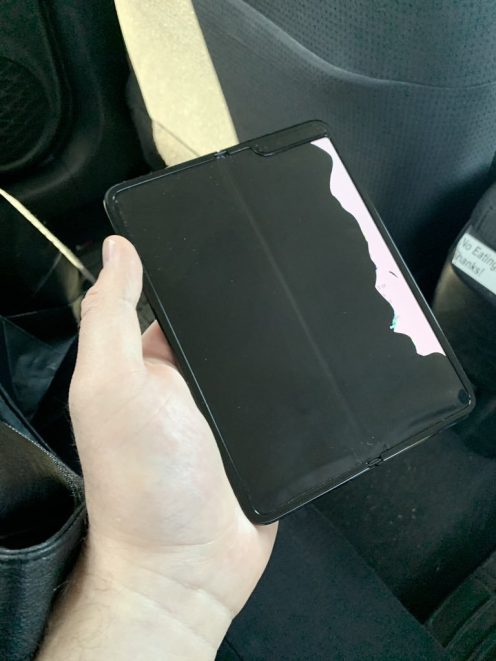 Samsung has been quiet about its Galaxy Fold since it started working on fixing the display issues that appeared after the company sent out a few units out for reviews.

After these silent weeks, Samsung CEO DJ Koh finally spoke to The Korea Herald and stated that the company has “reviewed the defect caused from substances (that entered the device), and we will reach a conclusion in a couple of days (on the launch).”

Koh is talking about the gaps in the folding mechanism itself, which seem to have bee what allowed material to get behind the display and cause damage to it when pressure was applied. Samsung has looked into the issue and is currently taking measures to prevent similar problems from happening again.

That means that the company will work on strengthening the exposed hinge areas and minimize the gap between the bezel and the protective layer so as to avoid any substances from penetrating the device.

Samsung seems to finally have some answers and is nearing closer to a final decision about the launch, at least when it comes to the U.S market. While DJ Koh did not offer an exact release date, it seems that the device will become available on the market sooner than expected. Koh refrained from offering too many details and simply said that Samsung “will not be too late.”