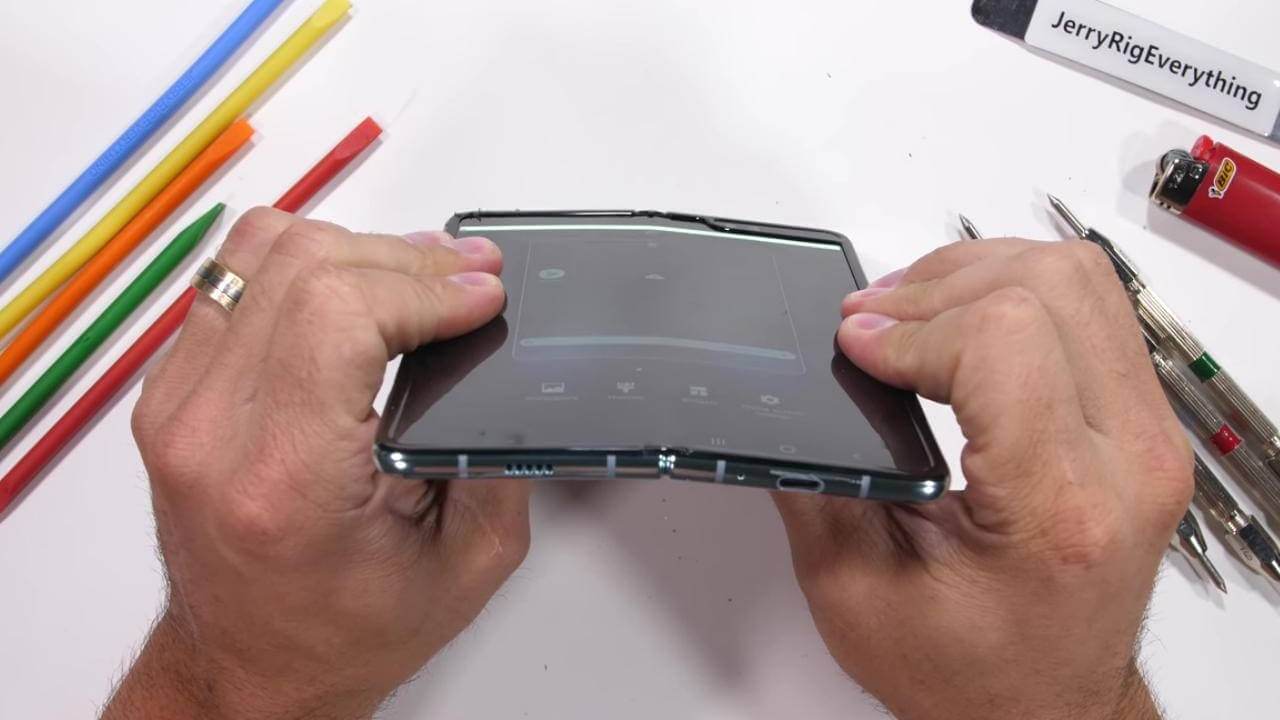 Samsung, for its part, has done what it could to let the users know that the Galaxy Fold should not be abused – on the contrary, it should be treated with gloves, if possible.

Samsung Asks Users To Be Gentle With The Galaxy Fold

The company has released a short clip on how to care for your device a short time ago and advised the users to handle the screen gently. Now, we all wanted to know more about it – after all, in spite of its eye-watering price tag, the Galaxy Fold is still a smartphone and smartphones are some of the most accident-prone devices out there.

Thankfully, YouTuber Zack Nelson, who has the JerryRigEverything channel made sure to answer all our questions by systematically damaging the phone. Unsurprisingly, some things didn’t quite survive the attacks as well as they would have on another phone.

While the users have been advised not to peel off the handset’s protective film, that protective layer doesn’t really do all that much: Nelson was able to see pretty deep grooves in the display already from a Moh’s level 2 – even fingernails were enough to leave a pretty prominent mark.

In addition to that, Nelson accidentally stabbed the display very slightly with the tip of his knife and the display instantly said goodbye to its pixels, in a straight, white line that crossed the screen from one side to the other.

Following that, he placed some sand in between the fold and, though no sand was placed in the hinges, some still managed to find its way through, causing the phone to temporarily become, as Nelson put it, “the world’s most expensive salt shaker”.

Nelson’s final test is well known to those who follow his channel: the bend test. Surprisingly, the phone actually aced that: he was unable to bend it the other way around even after applying significant pressure. However, the changes of scratching the display with your fingernail are far greater than pushing the hinges the other way around.