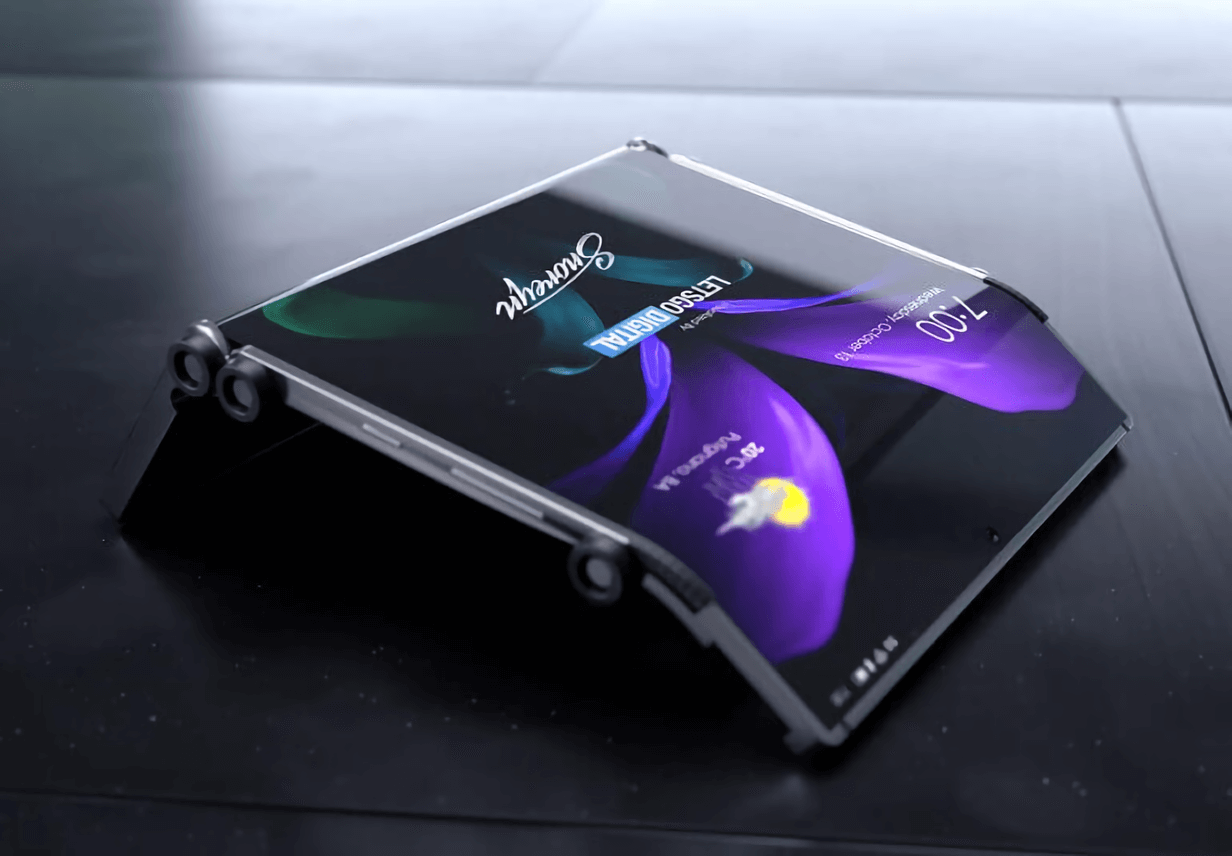 After a bumpy start, Samsung seems to be on the right track when it comes to foldable phone technology. The latest Galaxy Z Fold is a major improvement from the fragile first-gen Samsung foldable. Encouraged by that, Samsung is planning to go even further next time, with a foldable display that’s extremely similar to a Xiaomi design.

LetsGoDigital found a patent Samsung filed regarding a new system for a foldable display. The design has one expansive display where both ends could fold around the sides, comparable to what Xiaomi is planning to release.

However, that doesn’t make it a blatant copy as you might initially think. The application for the patent, which surfaced last week, dates back from September 2018, which is way before Xiaomi showed its double foldable smartphone. So, in any case, Xiaomi copied Samsung.

Samsung envisions using the phone like a (mini) laptop that could fold up and allow you to carry it in your pocket. This design would improve portability and functionality, no doubt about it.

LetsGoDigital provided some renders of how the device would look like, based on the patent images.

Royole is another smartphone manufacturer that just released a foldable device, but only in China for now.

Check out how this phone looks. Do you think it would stand a chance against Samsung or Xiaomi?