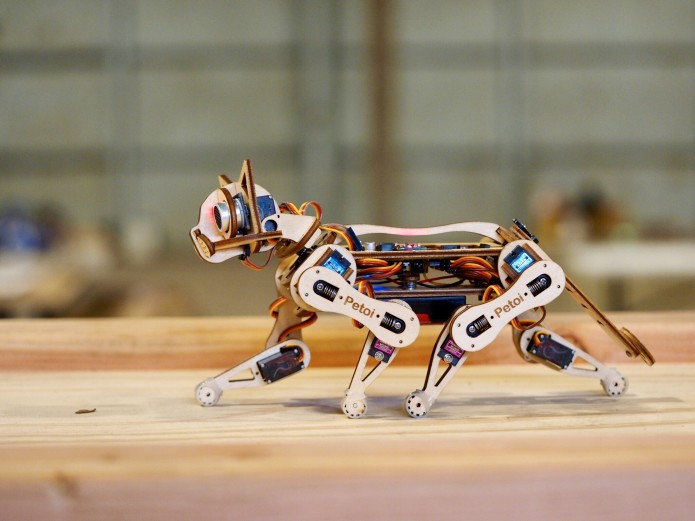 Nybble was unveiled to the world by computer scientist Rongzhong Li just recently – the robotic cat looks like a steampunk clockwork feline but, according to Dr.Li, the artificial pet represents more than just an interesting design. It is, in fact, a new approach to teaching science.

The project was only a hobby when it started and the idea was to only create simple electronic programs that could be able to replicate the movements of your average house cat.

The project was shared on GitHub and then it went viral following a video of the cat that appeared on technology professional organization website IEEE. As soon as the video hit the website, Dr. Li received numerous requests for consumer models of the cat.

In the following months and up to this moment, Li has been steadily working on establishing his own company, which he named Petoi, and created the very first consumer model of the robotic cat, dubbed Nybble.

You might wonder how exactly assembling Nybble counts as learning – well, connecting the circuits  and putting everything together teaches you basic engineering skills that can be easily applied even by middle school students. In order to get the cat moving, you’ll have to learn how to program its movements by using Python language, which can also be taught in computer science classes to high school and college students.

Li also hopes that even more artistically-minded individuals will embrace Nybble and that we will see many personalized Nybbles out and about in the world in the near future.

Related: ✍️Sphero Robot Gets a Display And Can Now To Roll Around In A Pack✍️

✍️The Sony Aibo Robot Dog Can Be Yours Soon, but It Won’t Be Cheap✍️