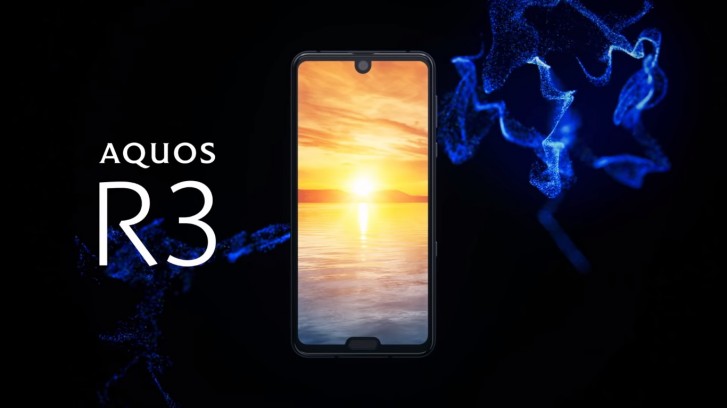 It was just in November of 2018 that Japanese company Sharp revealed the Aquos R2 dual notch smartphone. It was received with both amusement and annoyance and few raised eyebrows, to say the least.

Even so, in a world where smartphone companies do everything in their power to destroy the notch and the bezels, it looks like Sharp has fully embraced the notch with an open heart because the company has announced its second double notch device, dubbed Aquos R3.

Its notorious notches can be found at the top and bottom of the screen. The top notch hosts a 16.3MP camera while the bottom one hosts the fingerprint scanner incorporated in the home button.

The dual camera setup on the back is placed vertically in the left upper corner and combines a 12.2MP sensor for still photography with a 20MP module for video recording. The cameras have AI features like AI Live Story and AI Live Shutter.

Under the hood, the phone has a Snapdragon 855 chipset alongside 6GB of RAM and 128GB storage, with a 3,200mAh battery that arrives with 11W Qi wireless charging support.

For now, pricing and availability for the device are still unknown.