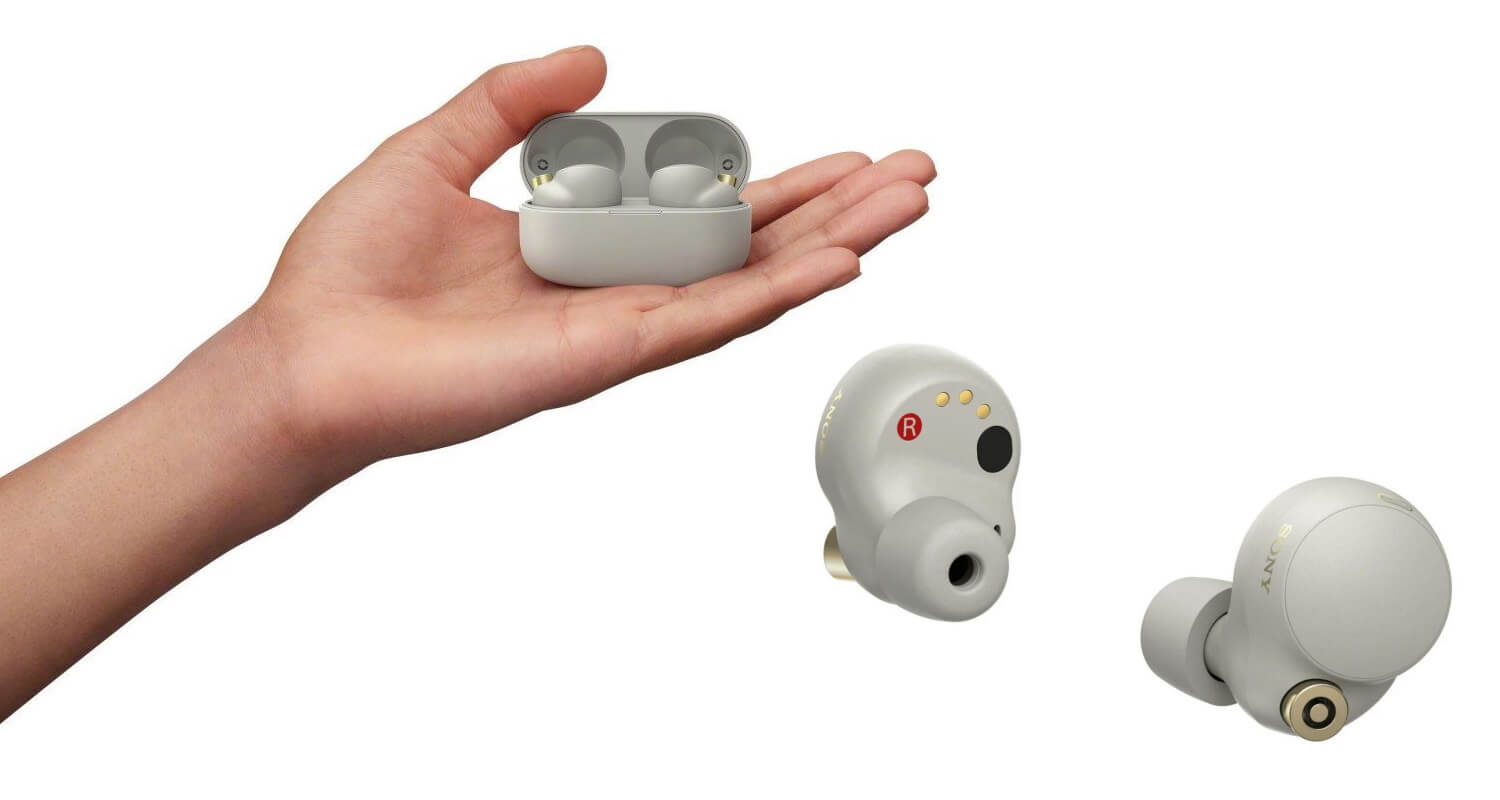 At the end of february, a Reddit user posted what he claimed to be the new Sony WF-1000XM4 true wireless earbuds with a radical design change.

While the previous Sony true wireless earbuds, the XM3s, were a bit more like chunky studs, the Sony WF-1000XM4 look a lot sleeker, with a charging port on the side and memory foam tips.

The new case is also a lot sleeker and smaller, which is a welcome change, since XM3 owners had to struggle with one of the bulkiest buds cases around.

The same WinFuture report that surfaced the leaked renders also had most of the key Sony WF-1000XM4 specs.

The headphones can go 8 hours with ANC (active noise cancellation) on a single charge and the case itself holds two more full charges.

The new Sony buds charge with USB-C but also support Qi wireless charging. They also feature IPX4 water-resistance, so they can handle some intense workouts.

In terms of software, they support the Sony LDAC codec and have a new “Precise Voice Pickup” technology that will improve the microphone quality.

According to the report, the European price will be €279.90, which is around $340. The XM3 wireless buds go for around $250, so the new design does come with a higher price tag.

Considering WinFuture just leaked most of the specs, we expect Sony to officially announce the Sony WF-1000XM4 in the very near future.