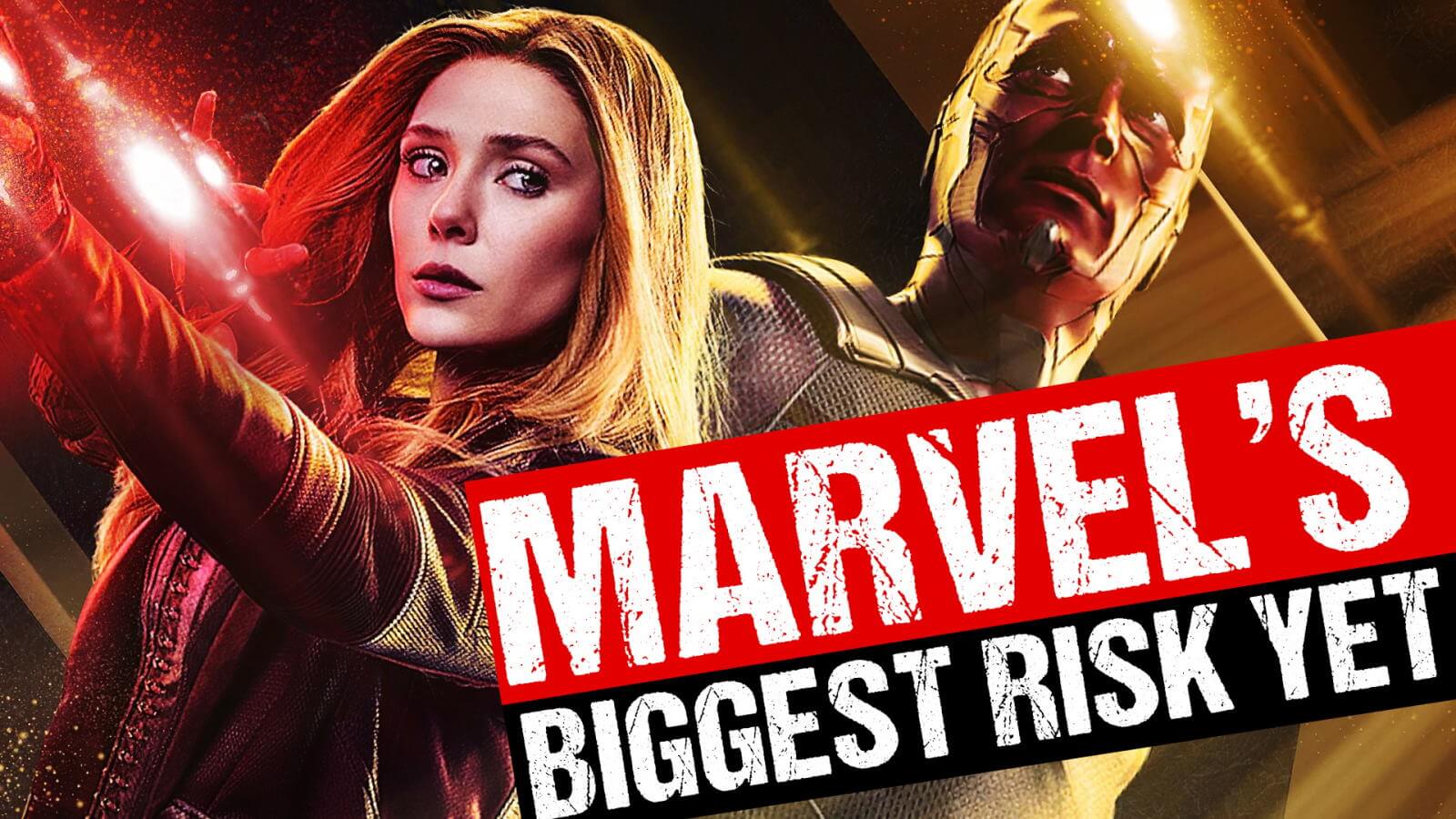 Everything Marvel and Disney do are derivative, uninspiring cash grabs, amirite?

Victor heard this argument a lot, mostly from friends who stay well away from the Marvel Universe, so he went ahead ahead and offered the counterpoint: It’s called WandaVision and it’s a new series currently running on Disney+.

Hit play on the video and see why this is such an important series to see. Don’t forget to hit subscribe to be notified of new shows!

I’ll explain why WandaVision is Marvel’s biggest risk yet – and why it’s paying off for them, fans of the MCU aaand people brand new to this universe.

Plus, if you’re one of the new people in town, I included some tips about how to approach this series and what else you should add to your watchlist.

And now, here’s what’s up with WandaVision and why you should give it a chance.

Yes, for Disney Marvel is a cash cow and that’s nothing new.

What’s new is that Disney+ will get about a dozen new series and shows all through 2021, after a year and a half of radio…sorry, TV silence.

The best part about this is not just a lot of new content – it’s how Disney will go about it.

You can bet money the execs know they can’t just drop formulaic stuff over and over so fast, and still expect people to watch it.

So, by cramming so much new content in such a short window, instead of dropping a movie a year, the company had to make sure that content is new and unique… you know, to not disappoint fans of every character aaaand potentially turn off new viewers.

As I was saying last time when I talked about all the great stuff launching this year, Disney+ is basically the subscription you should keep close in 2021. Their content is certainly filling my TiVo 4K Stream dash, and it’s all thanks to WandaVision.

So what makes it so great?

Well, for one, WandaVision adds together two beloved characters and continues their love story in a new and unexpected way.

The plot takes place after Avengers: Endgame, so everyone who was left reeling in 2019 and had nothing new to see in 2020…well, they’re getting rewarded now.

For people who only got glimpses of the MCU here and there, Wandavision could work as a great stepping stone into other Marvel properties.

If you get hooked on this series, and you probably will, you’ll definitely want to check out Captain America: Civil War.

It’s a great movie on its own, and it also has the first scenes where Wanda and Vision start developing their on-screen relationship.

Then, you can go straight ahead to Avengers: Infinity War, where both characters are already in the strong relationship WandaVision shows….and you could go on and watch Avengers: Endgame.

Or you could start with those movies first, then watch WandaVision?

Or you could watch just WandaVision and see what the hype is all about.

After all, that’s the beauty of streaming apps – and for me, the beauty of TiVo Stream 4K. I can get the best and biggest blockbusters, all neatly organized, in a dongle that knows what to recommend next.

Basically, just leave your preconceptions at the door and embrace this wild ride.

This show sends Wanda and Vision back in the 60s, in the lovely town of Westview, where they must act as the loving, knowing couple that they are, without knowing why…or remembering when and where they got married.

The writers called it “a love letter to the golden age of television” and that’s what it comes across.

Instead of usual laser fights, this is actually an old-school sitcom like The Brady Bunch or Bewitched, where you have people giving tips on how to be a better housewife and funny, Bundy-type husbands.

Then, to keep you engaged, the writers slip little details and hints that all is not well in paradise, and you’re watching something more like the Truman show or…I dunno, the Matrix, after Neo takes the red pill.

Truly, neither Vision himself nor I could have expected Marvel to launch …. in 2021 a series set in the 60s…. that feels a bit like Roseanne. That’s if Roseanne could do magic and telekinesis, and her husband was actually an android made by combining Iron Man’s AI with a bunch of crazy ingredients.

Yet, here we are, and the results are gorgeous.

It’s a bizarre premise, with a bizarre execution, and I personally couldn’t look away.

What about you? What do you think about Marvel suddenly going full bizarre?

Are you down with them taking so many creative risks?

Share your thoughts on this in the comments and don’t forget to subscribe and click that bell button – I got more great stuff on the way.