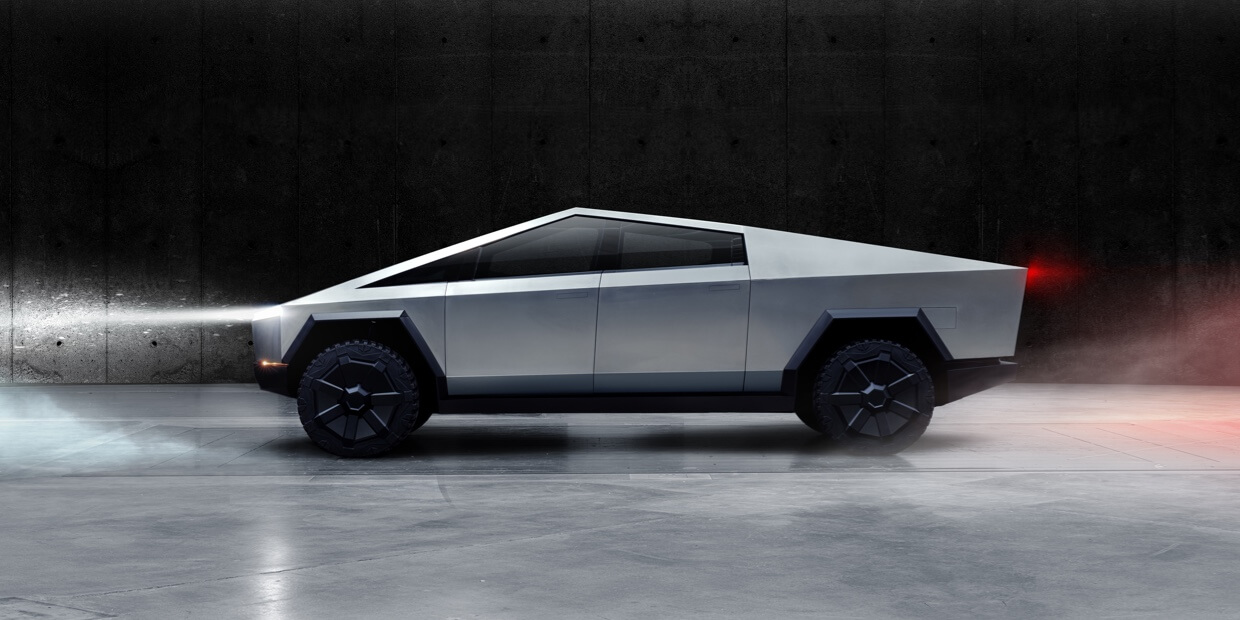 True to his promise, Elon Musk unveiled the Tesla Cybertruck at an event in Los Angeles. It wasn’t a perfect unveiling, but it certainly showed Musk’ appreciation of all things “futuristic” and Blade Runner-inspired.

Indeed, the Cybertruck looks like an armored personnel carrier more than your stereotypical truck. It has some real aggressive lines and an off-road design. More importantly, it’s under $50,000, starting at $39,900 as promised.

The other thing you should definitely know about the Tesla Cybertruck is that it is as rugged as you can get. Musk proved that it will withstand a sledgehammer hit easily although there’s still some work to be done on the “armored” glass.

The payload has a 3,500-pound capacity, with 100 cubic feet of storage space.  You get 4-inch suspension in either direction and an entertainment system in the center of your dashboard where a 17-inch touchscreen resides.

Tesla is taking pre-orders already but don’t count on getting the truck earlier than late next year. Until then, the company will have its hands full with the Model 3s launch in China and the Model Y crossover.

As far as unveilings go, Musk and Tesla are the firsts to come with an offer for the electric pickup truck market. However, by the time the Cybertruck will ship, drivers will have plenty of options to choose from: an all-electric F-150, an electric General Motors pickup and of course, the Rivian EV.

It’s not gonna be an easy choice, let me tell you.