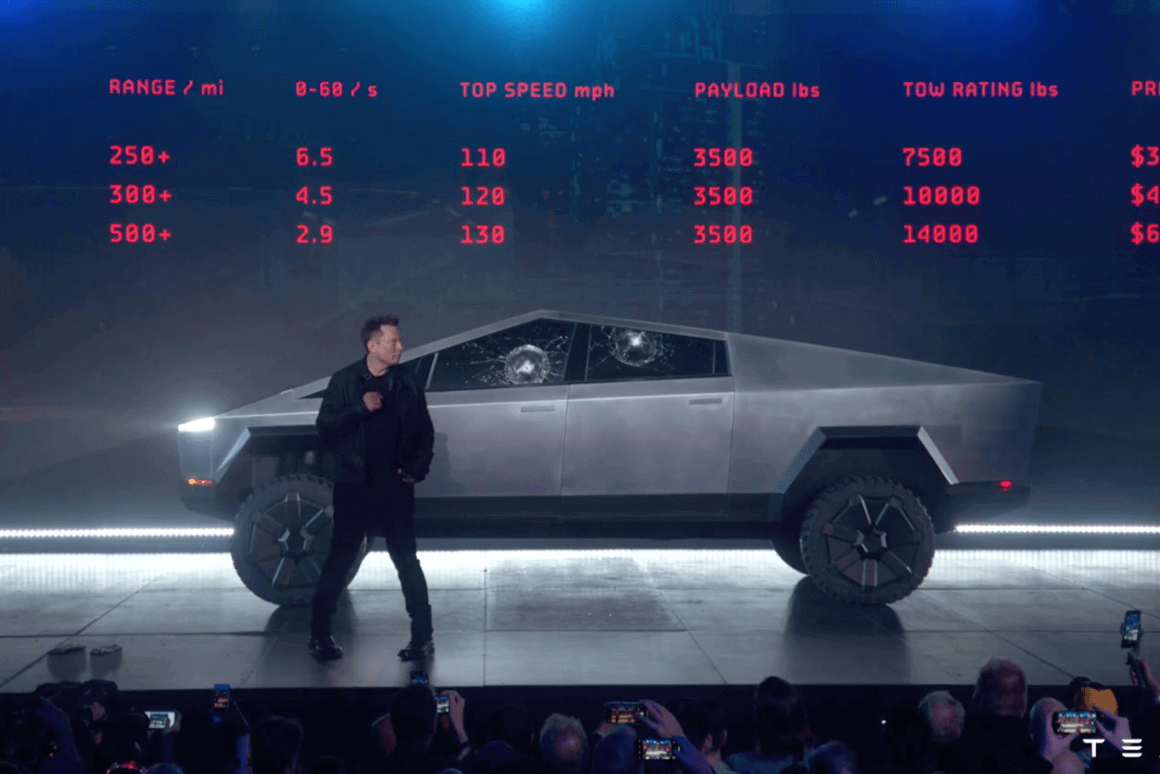 You could hear a collective gasp when the windows of the super rugged Tesla Cybertruck broke on stage at the unveiling event. Even Musk couldn’t hide his surprise. What looked like an embarrassing failure then was explained days later by the man itself on Twitter. Turns out, it was to be expected.

The overly excited lead designer Franz von Holzhausen “cracked the base of the glass” that evening, when he went with a sledgehammer in the truck’s doors. The impact weakened the glass so when the metal ball hit the surface, the window cracked.

At least, that’s the explanation Musk found for that particular windows – it doesn’t explain the back one though.

To prove his theory, Tesla’s CEO shared a video of a test the team did before the event started. Indeed, the ball can be easily seen bouncing off the glass:

Hopefully, that’s not a fluke and the standard in the pickup trucks to come. By the way, this Monday, Musk stated that the company has already received over 200,000 preorders for the Cybertruck, a remarkable number considering all the memes that plagued the Internet the previous weekend.

How many customers will backtrack? Hard to tell right now but we’ll see for sure once the adrenaline wears off.

Meanwhile, Musk is already taking suggestions for the next Cybertruck edition. If his tweets are to be taken seriously, we could expect solar panels and a matte finish for the next one. Plus, Musk is considering releasing a smaller-sized electric pickup truck version.