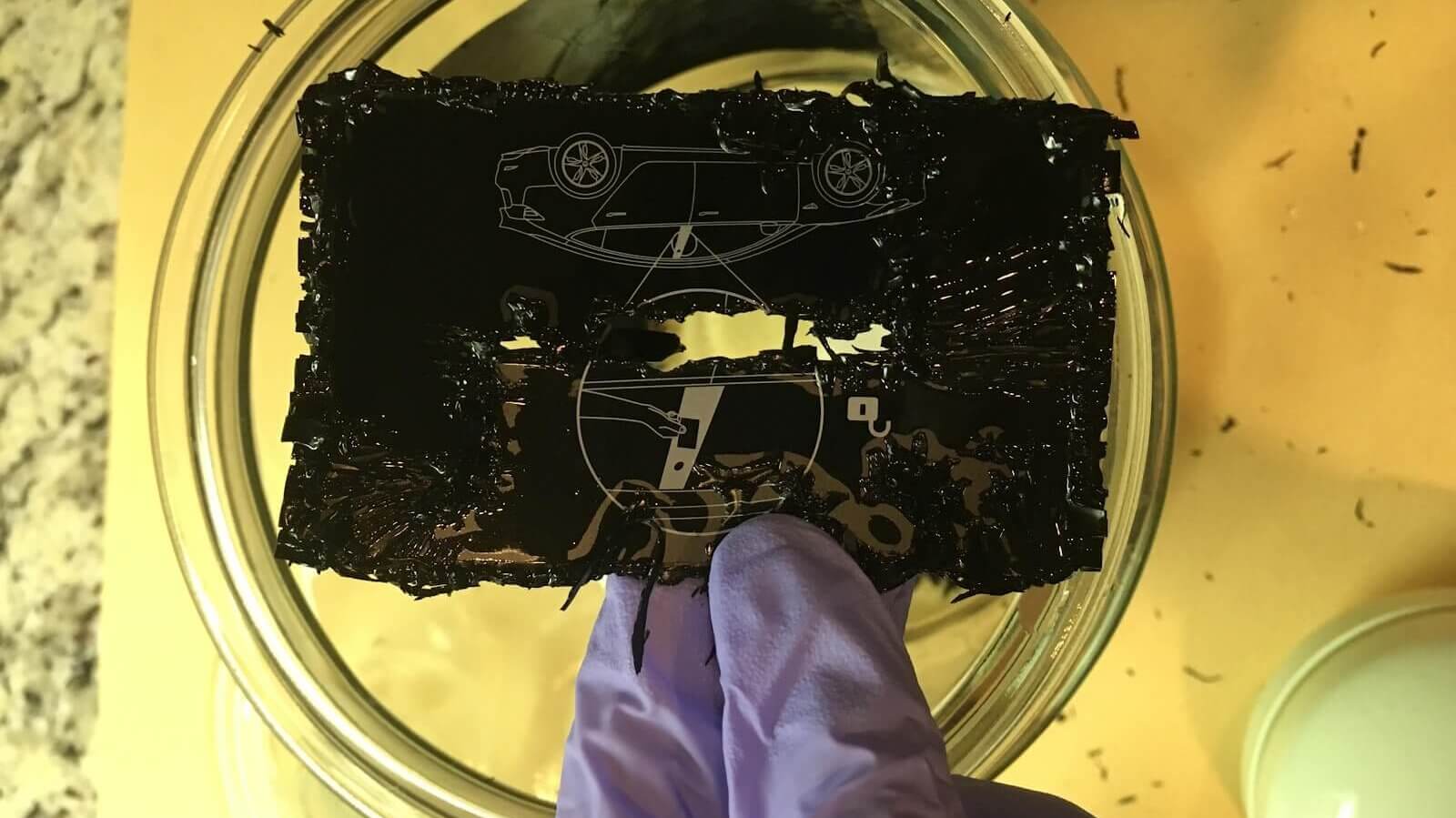 The Tesla Model 3 car can be unlocked either via smartphone, key fob or keycard, the latter one which can be used in case you don’t have your phone with you or lose your keyfob. However, one Tesla owner figured out that there is one other, even more secure way to unlock her Model 3: by keeping the keyfob with her at all times by implanting it into her arm.

Amie DD is a software engineer and “maker of things”, as she puts it, and has previously implanted an RFID tag in her arm years ago, which she uses to open her home as well as send the browser of a smartphone to her website. It was only a matter of time until she figured out a way to do the same with her car’s keycard.

At first, she tried to transfer the software to the previously implanted chip but that did not quite work out. So she went for the more hands-on approach and extracted the chip from the card using acetone, a process which took her about an hour. Afterwards, she placed it in a biopolymer and implanted it, with help from a body modification studio.

According to her, her arm swelled quite a bit after the implant so for now, the range from arm to console is only an inch but she hopes that it will improve once the swelling will disappear.

If you want to hear more about it and keep tabs on how she’s doing, you can read all about it on Hackaday.