Tesla Under Fire: Another Model S Driver with Autopilot On Crashes 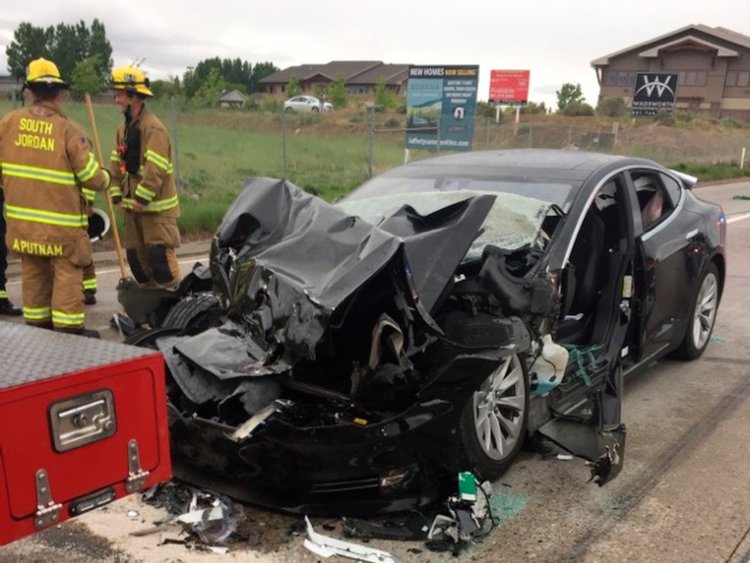 It appears that one more driver relied too much on the Autopilot feature. Another Tesla Model S crashed last week, leading to another Tesla public relations fiasco.

Last week, a 28-year old Tesla Model S driver collided with a fire department vehicle in Utah. The woman told the police that the crash happened while Autopilot was engaged and she had been using her phone just before impact. Fortunately, the driver in question made it out with only minor injuries.

While Tesla has issued multiple warnings to drivers reminding them to keep their hands on the wheel even when Autopilot is on, it seems that some have not heeded their warnings. Autopilot itself will start warning the driver once it detects that no hands are on the steering wheel and, if the driver doesn’t respond, Autopilot is set to disengage automatically.

In this particular incident, Tesla has issued no official statement on their findings, but is cooperating with authorities to get more information. “Tesla has not yet received any data from the car and thus does not know the facts of what occurred, including whether Autopilot was engaged,” said the company in an email to Business Insider.

However, even with all the safeguards and assurances in place, the public is still wary of Tesla’s autopilot. Another report from the Wall Street Journal states that Tesla considered incorporating more safeguards for Autopilot but gave up since they weren’t cost-effective. Some of those safeguards were eye tracking technology for drivers and steering wheel sensors, both abandoned due to costs and technical limitations.

Elon Musk was quick to take to Twitter and defend Tesla’s decision against using those tools, saying that their effectiveness, not cost, made them unusable.

This is false. Eyetracking rejected for being ineffective, not for cost. WSJ fails to mention that Tesla is safest car on road, which would make article ridiculous. Approx 4X better than avg.

Tesla is experiencing some internal turmoil as well, as the company is reorganizing itself in order to cut costs and ramp up Model 3 production. A leaked memo sent by Musk made headlines and raised fear among Tesla contractors and employees alike.

“To ensure that Tesla is well prepared for the future, we have been undertaking a thorough reorganization of our company. As part of the reorg, we are flattening the management structure to improve communication, combining functions where sensible and trimming activities that are not vital to the success of our mission.

“To be clear, we will continue to hire rapidly in critical hourly and salaried positions to support the Model 3 production ramp and future product development,” said Musk in the leaked memo.