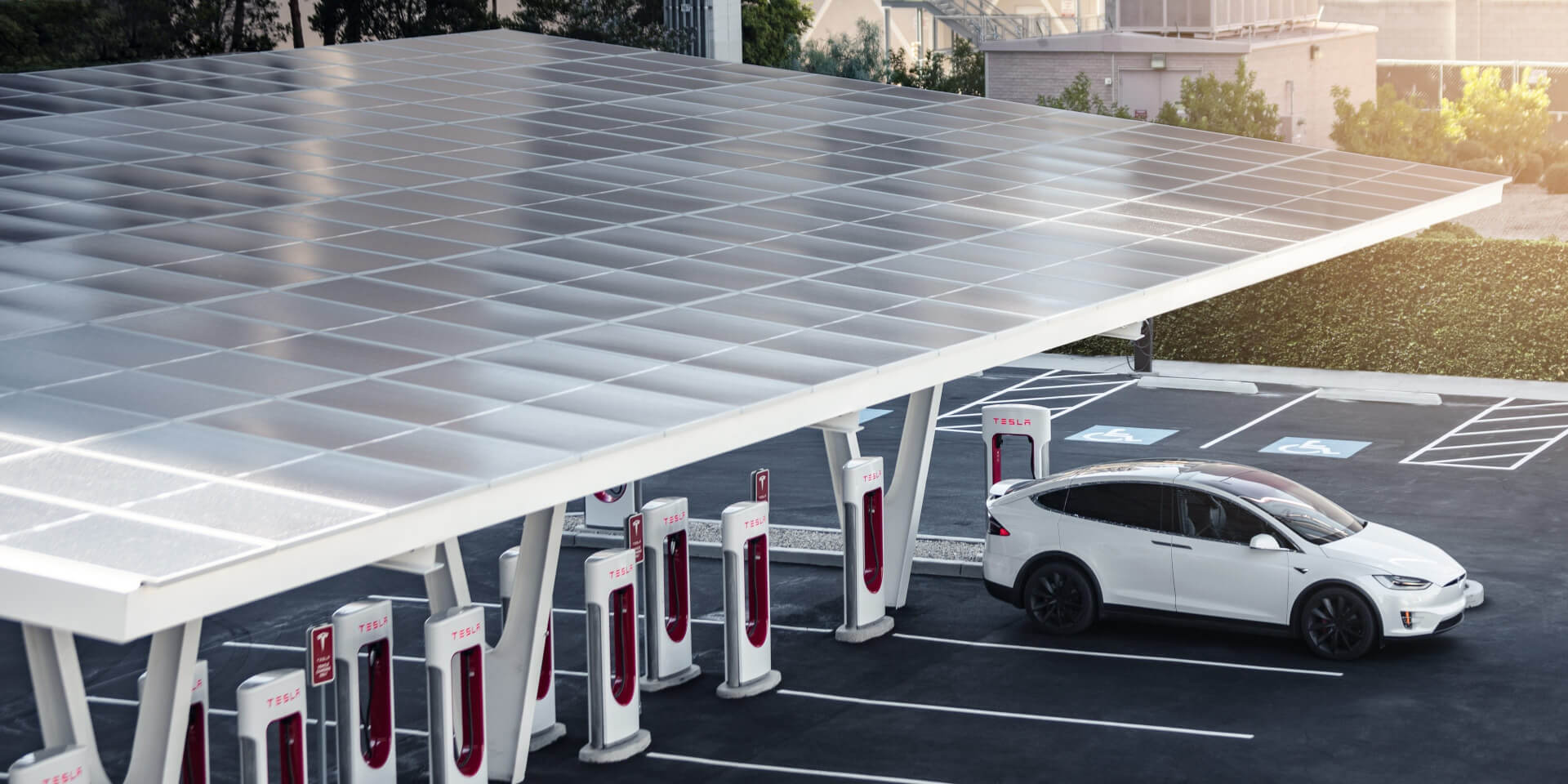 Tesla CEO Elon Musk first mentioned that he wanted the Supercharger stations to be converted to solar and battery power in 2017. Back then, he said that he hopes that they will all eventually be disconnected from the electricity grid.

Now Musk is slowly beginning to keep true to that promise.

Tesla released a video today that detailed the company’s newest charging site, which can be found in Las Vegas, next to the LINQ hotel High Roller ferris wheel. It was built on Caesars Entertainment property and is now a part of its goal to reduce greenhouse gas emissions by 30% as early as 2025.

The new location is special because not only because it features 39 chargers in total but it also features solar panels and Powerpack batteries that generate and store all the power it needs to stay operational. The Las Vegas V3 Supercharger will receive its power via a solar array during the day and the Powerpacks will keep it operational during the night.

This makes for a closed system operating in a loop that is capable of creating its own energy to both function and deliver the rest of it to the Tesla vehicles.

However, so far, only one Tesla model can charge at the top rate of 250Kw: the Model 3 Long Range. Older Model S and X vehicles as well as the base Model 3 version will see a faster charging rate at this particular location, just not the peak rate.

The V3 site can serve up to 1,500 vehicles per day. The fact that the city’s Supercharger stations usually see around 6,500 sessions per month should put things into perspective easily.

On top of it all, Tesla also installed 15 level 2 destination charge points at the Las Vegas Superchargers.

While solar charging stations are viewed as gimmicky by some, opting for the batteries will most likely prove to be a smart move on the side of Tesla, purely because it will aid it reduce peak demand. Once that demand is lowered, the cost of charging will also drop, which will make a lot of Tesla owners quite happy.

Supercharger prices have indeed increased over the last year but adding a solar and battery system, though expensive at first, it might make a difference in the long term and prove to be a win-win situation for both the company and the customers.

Tesla unveiled its very first V3 Supercharger in March at its factory in Fremont, California. A second one soon followed and found a home near the company’s Design Studio, in Hawthorne. Both locations were used as test sites.