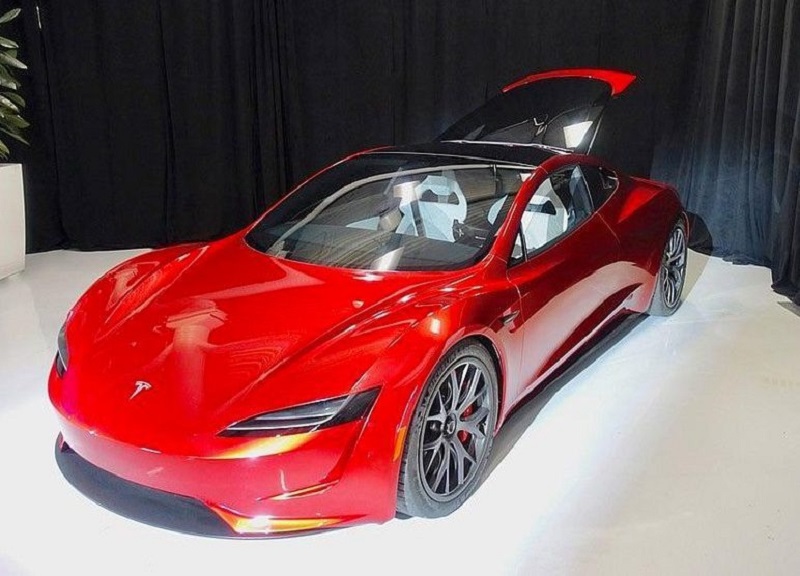 Tesla took advantage of its Investor Autonomy Day that took place last week to show a rare glimpse of its next-generation Roadster prototype to the world.

The 2020 Roadster was unveiled back in 2017 but only one working prototype was shown to the public and only a couple of times. While the other times the Roadster was paraded around the attendees were not allowed to open the vehicle’s doors and get inside it, Tesla allowed them to do so this time.

A few even opened the trunk of the car which showed the Roadster’s surprisingly larger-than-expected rear cargo space. By the looks of it, the seats can be folded down in order to create more space for cargo, if necessary.

When the vehicle was unveiled, Tesla CEO Elon Musk claimed that it will be able to go from 0 to 60 in just 1.9 seconds and will have a 620 mile range.

In addition to that, Tesla will also offer what has been dubbed a “SpaceX package”, which will add cold air thrusters powered by a system of air pumps and tanks that will take up the space of the backseat.

The air will be added automatically via air pumps from the battery pack, so there will be no need to refuel and the system will still maintain its all-electric features.

While this package will still draw energy from the battery pack, the new 200kWh pack should be able to handle that.

Tesla plans to make the future Roadster the quickest and the fastest all-electric production car on the market, but, since we haven’t seen it in action yet, we’ll take these claims with a grain of salt.