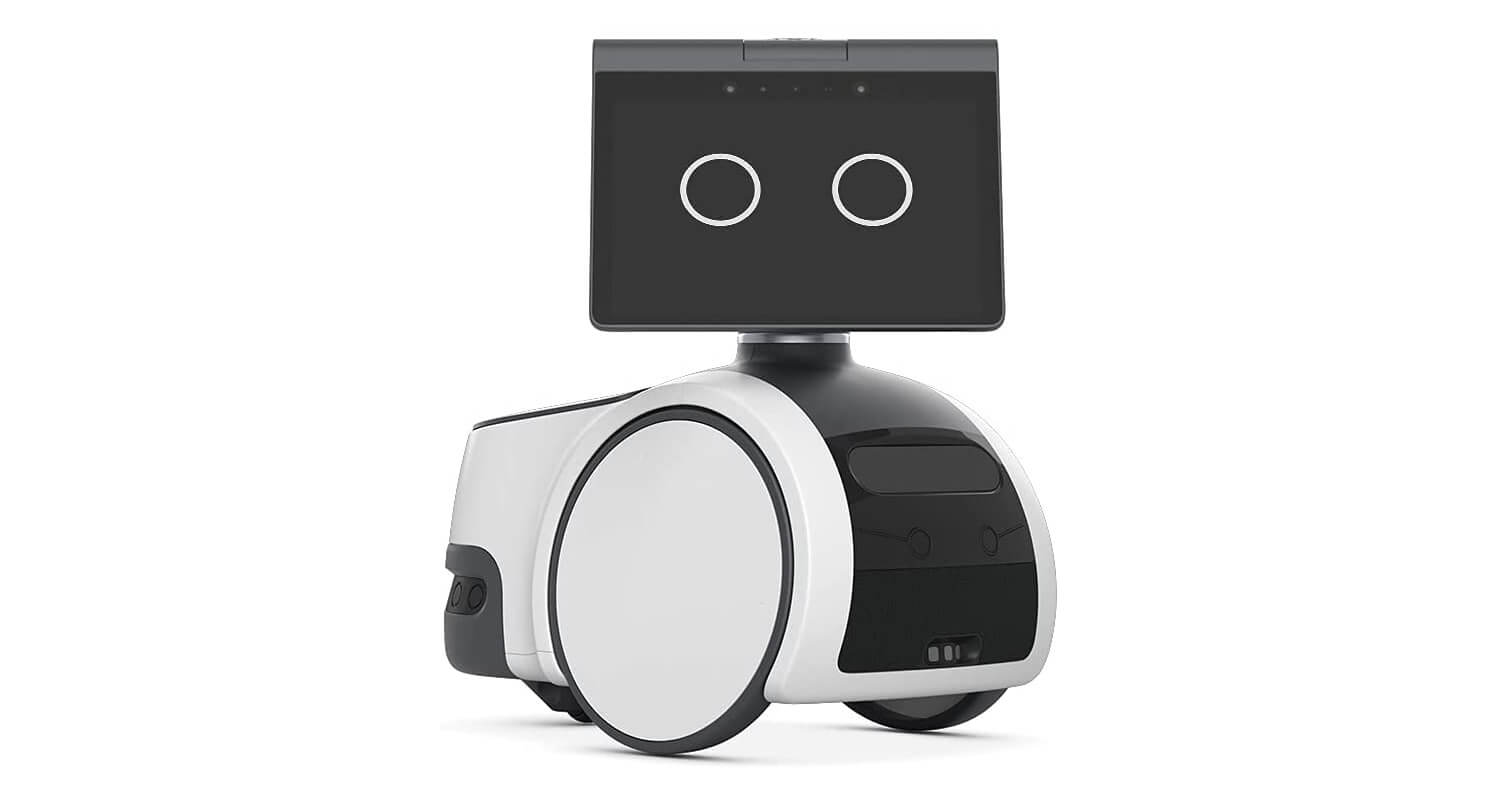 Creepy or hilarious? The recently unveiled Amazon Astro Robot is apparently designed to watch everything you do, using facial recognition on your family members to learn their habits and do its tasks.

Codenamed “Astro” and “Sentry” internally, this Amazon robot is designed to patrol your home and identify the people it meets, so that it can raise the alarm. It’s designed to integrate with Ring cameras and Alexa Guard.

“Vesta slowly and intelligently patrols the home when unfamiliar person are around, moving from scan point to scan point (the best location and pose in any given space to look around) looking and listening for unusual activity,” says a leaked internal document obtained by Vice.

The robot can be made to patrol the house even when the owners are home or left as an extra security measure, capable of recording what’s happening there and sending the video feed to the user’s phone via a companion app.

That’s the creepy part, with a thin veneer of “security” to disguise the surveillance part (on par with mostly everything else from Amazon).

The funny part is that this robot just doesn’t work yet, so you might breathe easy since right now we don’t have an iRobot scenario coming our way – or until Amazon fixes the bugs.

According to the internal development documents and video recordings of Amazon meetings for the design of this robot gathered by Vice, the Astro robot has some major bugs.

The biggest one? It tends to yeet itself off stairs, so buyers who reside in places with multiple floors might take that into consideration.

“Astro is terrible and will almost certainly throw itself down a flight of stairs if presented the opportunity. The person detection is unreliable at best, making the in-home security proposition laughable,” said one Astro developer anonymously to Vice.

The developers who talked to the outlet also said that “the device feels fragile for something with an absurd cost”, adding that components tend to break off and the robot itself can get stuck in various positions.

Most other sources also damn the device saying that it not only is a privacy nightmare, the facial features recognition doesn’t work properly, so the Astro Robot just keeps following people around thinking they’re strangers.

Amazon has posted a blog assuring people of the “fairness” of this feature and taken steps to deny the claims made in the Vice report.

“We set a high bar for equity when it came to designing visual ID. To clear that bar, our scientists and engineers built and refined our visual ID models using millions of images — collected in studies with participants’ consent — explicitly representing a diversity of gender, ethnicity, skin tone, age, ability, and other factors. We then set performance targets to ensure the visual ID feature performed well across groups.

In addition to consulting with several Amazon Scholars who specialize in computer vision, we also consulted with an external expert in algorithmic bias, Ayanna Howard, dean of the Ohio State University College of Engineering, to review the steps we took to enhance the fairness of the feature,” Amazon writes on their blog.

To The Verge, they directly refuted the claims made by the developers.

“These characterizations of Astro’s performance, mast, and safety systems are simply inaccurate. Astro went through rigorous testing on both quality and safety, including tens of thousands of hours of testing with beta participants. This includes comprehensive testing on Astro’s advanced safety system, which is designed to avoid objects, detect stairs, and stop the device where and when necessary,” stated Amazon.

If that’s true and the device works exactly as intended, we’re moving this “Alexa on wheels” robot back to the CREEPY category.

What about you, would you want something like this following you around in your home?

The Amazon Astro costs $999 and is a Day 1 Edition product you have to request an invite in order to buy it.