The Best Halloween Movies for 2021 You Haven't Seen Yet 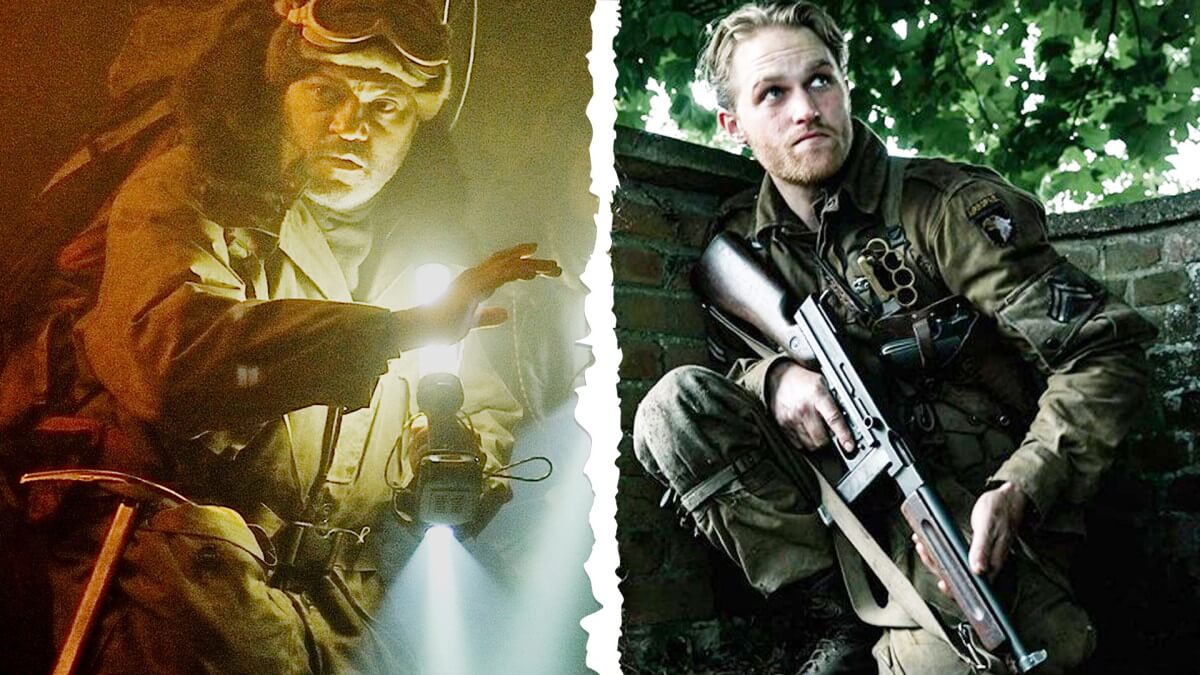 Let’s see the best Halloween movies you can stream in 2021.

We avoided the blockbusters and found the hidden gems you definitely haven’t seen before, from zombie movies to Stephen King movies and everything scary you need to get into the Holiday spirit.

Is everything cold and kinda meh these days? Join me near this imaginary campfire and let’s see the best Halloween movies you can stream in 2021.

The first one is Overlord and, if you loved playing Wolfenstein, you’re definitely gonna want to stream this ASAP.

Overlord kicks off like a regular military movie and looks like just another D-Day story – that is, until they throw in some seriously effed up Nazi stuff.

While the cast doesn’t look very familiar, since there’s no A Listers here, it does have one surprise. The main character, Ford, is actually Kurt Russell’s son, and his performance is a great callout to one of the coolest 90s action stars.

The same can be said about this next flick, called Fido. You’re gonna watch it and ask yourself – where do I know that guy from??

You’re obviously gonna recognize Carrie Anne Moss, especially since EVERYONE is waiting for the new Matrix, but pay attention to Fido himself. He’s played by the wonderful and tragically underrated Billy Connolly.

I’ve loved him since the Boondock Saints and here he gives yet another awesome performance – this time, as a domesticated Zombie. I almost didn’t recognize him since he’s missing his iconic beard!

If you’re looking for a Halloween movie that’s more cheese and less scream, this is the one for you. It’s set in the 50s, and takes the “Keeping Up with the Joneses” formula and mixes in owning zombies as a way to show off how rich you are. It’s a pretty creative take on the zombie genre, you gotta admit!

And if retro is your flavor this Halloween, why not go back to the classics? Aka…almost any Stephen King story ever. I particularly recommend two little known gems.

The first is Graveyard Shift which…based on the title, you’d expect to have a ghost story or maybe even some zombies.

Nope, it has rats. Graveyard Shift is the story of a horrible textile mill with a cutthroat boss ready to…well, cut corners everywhere, including when it comes to get rid of a serious rat infestation. I’m not gonna give you any spoilers but trust me, it’s the perfect Halloween story.

Best Halloween Movies for 2021: Sometimes They Come Back

And the second Stephen King recommendation is this 1991 TV movie called Sometimes They Come Back, which I just recently rediscovered thanks to my TiVo Stream 4K Halloween recommendations.

He’s followed around by the ghosts of the people who killed his little brother decades earlier, a pack of bullies like only 90s movies featured.

Just like most Stephen King adaptations, you shouldn’t expect an Oscar-worthy flick right here, but for getting into the Halloween spirit it’s just perfect.

If you like to get your thrills from post-apocalyptic movies, I gotchu fam. Here’s two little known gems that are way better than some blockbusters out there.

Hidden from 2015 puts A Quiet Place to shame when it comes to the tension and it has almost the same story – a family hides in a bunker, trying to survive a deadly outbreak that destroyed most of the world.

This is a seriously claustrophobic flick that starts off slow, immersing you into that dire atmosphere, but then really ramps up the action. It’s also one of the best roles I’ve seen from Alexander Skarsgard, and not gonna lie, I’m pretty sad this movie didn’t do better at the box office. I’m telling you, it’s way better than A Quiet Place!

Best Halloween Movies for 2021: The Colony

And my other post-apocalyptic recommendation is The Colony, which features Lawrence Fishburn front and center.

Considering he ain’t coming back for the new Matrix, this is a great opportunity to see Morpheus again – only this time, humanity is trying to survive a new Ice Age, not the AI uprising.

The Colony starts off like The Day After Tomorrow but turns into The Thing, so it’s perfect for spooky season.

And if you want truly bone-chilling, give this next movie a shot, even though you might have to rely on subtitles.

Best Halloween Movies for 2021: Let the Right One In

It’s called Let the Right One In and it’s a Swedish horror movie that came out in 2008 – and then was remade by Hollywood into a movie called Let Me In.

Trust me, skip the Hollywood one and stream Let the Right One In, because the atmosphere is simply  out of this world. This is a vampire movie done unlike any other vampire movies out there. It has realism, it has horror in all the right places, an unpredictable story and a haunting atmosphere.

And for my last recommendation, I couldn’t help myself – it’s a series. I know I promised you movies but give Kingdom a chance.

Just like how Let the Right One In is a vampire movie unlike anything in the genre, so is Kingdom for zombies.

This Korean series has everything you need to fill that Squid Game hole in your soul.

It’s big budget and eye candy, just like Squid Game, and it’s also a very fresh take on the genre. It’s a period drama from Korea’s 17 century Joseon period, and follows court intrigues like it’s the next Game of Thrones.

On top of that, it also has really fast zombies, kinda like in World War Z, so you definitely won’t snooze when watching it.

What about you, what are the best and least known movies and series you would add to this list? What do you watch to get into Halloween mode?

Until next time, let’s catch up in the comments – and don’t forget to hit like and subscribe, it helps more than you think!