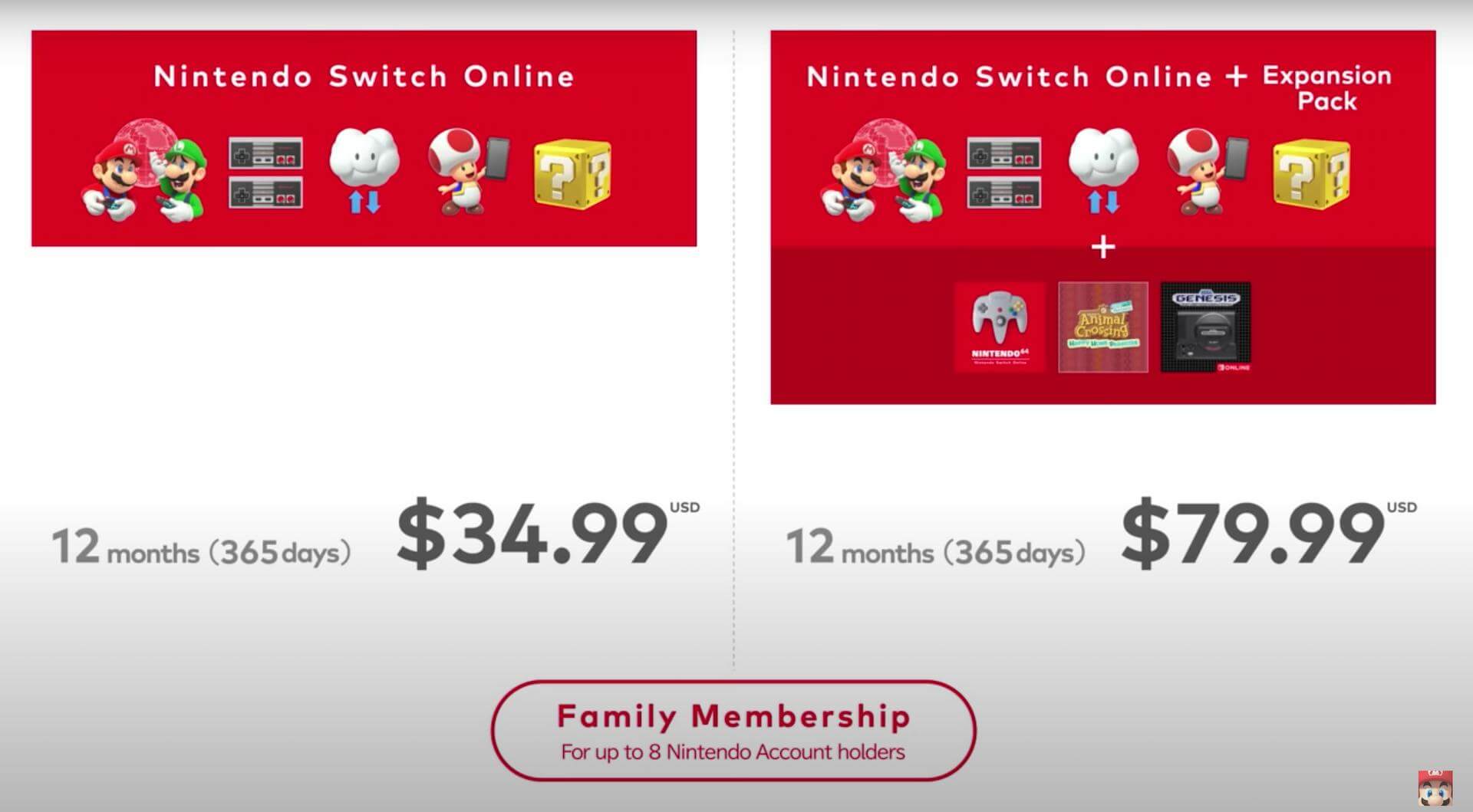 Nintendo Switch Online + Expansion Pass has officially been outlined, from pricing to the games expected to come to the platform.

In a video released on Nintendo’s YouTube channel, the company detailed the Nintendo 64 and Sega Genesis coming to the platform. These games include Legend of Zelda: Ocarina of Time, Super Mario 64, Banjo-Kazooie, and Mario Kart 64, among others, for the Nintendo 64. Sega Genesis games currently include Sonic 2 and Streets of Rage 2, with both collections to expand over time.

Additionally, several games can be played in higher definition that they originally were with suspend states to save in the middle of play sessions. Multiplayer games like Mario Kart 64 and Mario Tennis can be played locally or online.

This entire package will cost $49.99 for an individual yearly subscription and $79.99 for a family yearly package.

The Nintendo Switch Online + Expansion Pack was announced during the September Nintendo Direct, fans were excited about the Nintendo 64 and Sega Genesis games heading to the platform. However, commentators were worried about the price increase for the expansion.

While the gaming company has finally released the price, several online commentators have noted that it is higher than perhaps expected. It is more than double the price of the original subscription – $19.99 yearly for individuals, $34.99 for a family subscription. On top of this, it is unclear how often Nintendo will plan on updating the Nintendo 64 and Sega Genesis libraries and with what games. The video overview currently has almost four times as many dislikes as likes.

Regardless, the Nintendo Switch Online + Expansion Pack is set to release soon.