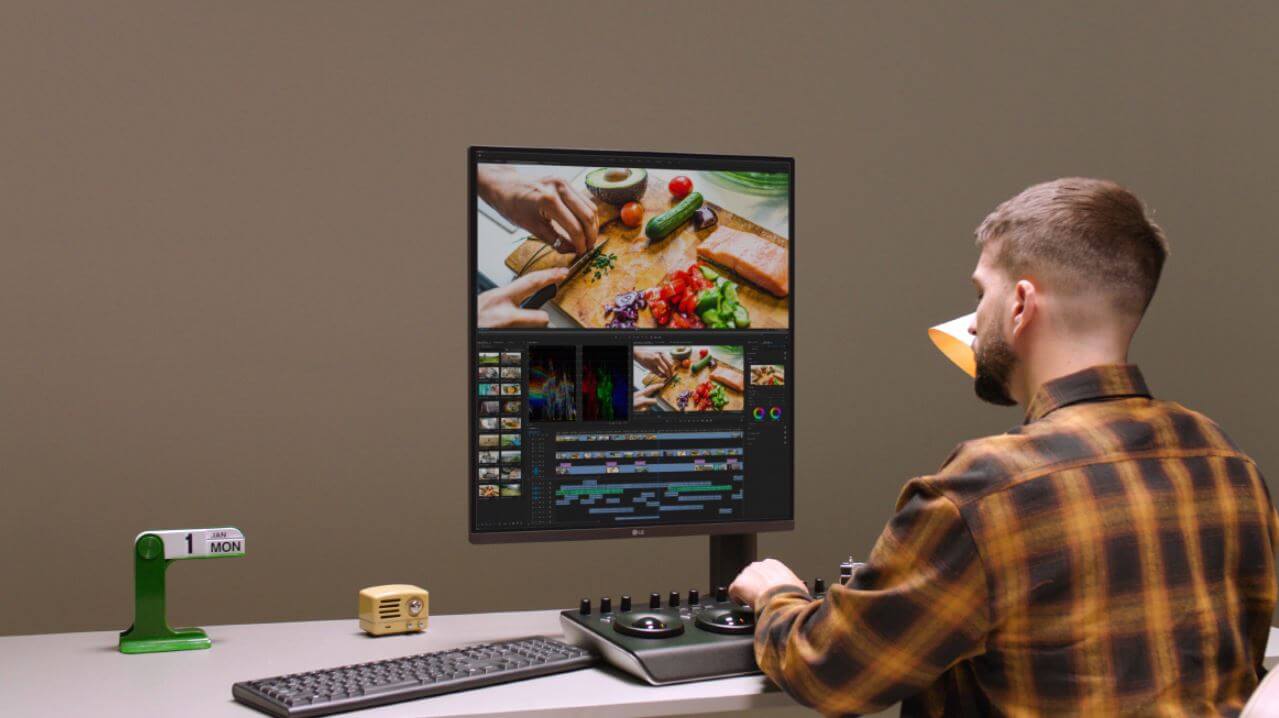 Boost productivity and have a workstation that looks like no one elses?

Take a look at the new LG DualUp Monitor the company revealed before CES 2022.

When most PC setups consist of two side by side monitors, with perhaps a virtual monitor dedicated to programming or scrolling, or even a single curved generous display, LG went the other way.

The LG DualUp Monitor is a. It kinda looks like two regular monitors stacked on top of each other and not gonna lie – it does have potentially exciting applications.

You know, by exciting we mean keeping social media or a Netflix window on top and the spreadsheets on the bottom.

Either way, the cleverly organized display real-estate opens up a lot of new ways of organizing your apps and tasks.

The LG DualUp has a 2,560 x 2,880-pixel resolution and clearly takes up less desk space than two traditional monitors side by side. According to LG, there is also an ergonomic benefit involved.

The new layout helps minimize the side-to-side head movements that can cause neck pains, something most office workers are familiar with.

The LG DualUp will be sold alongside the LG Ergo Stand, which clamps to desks and tables.

Right now, we don’t know how much it will cost but that will change a couple of weeks from now when LG will showcase its latest line-up at CES 2022.

LG StanbyME Is the Ideal Companion for Today’s TV Viewers