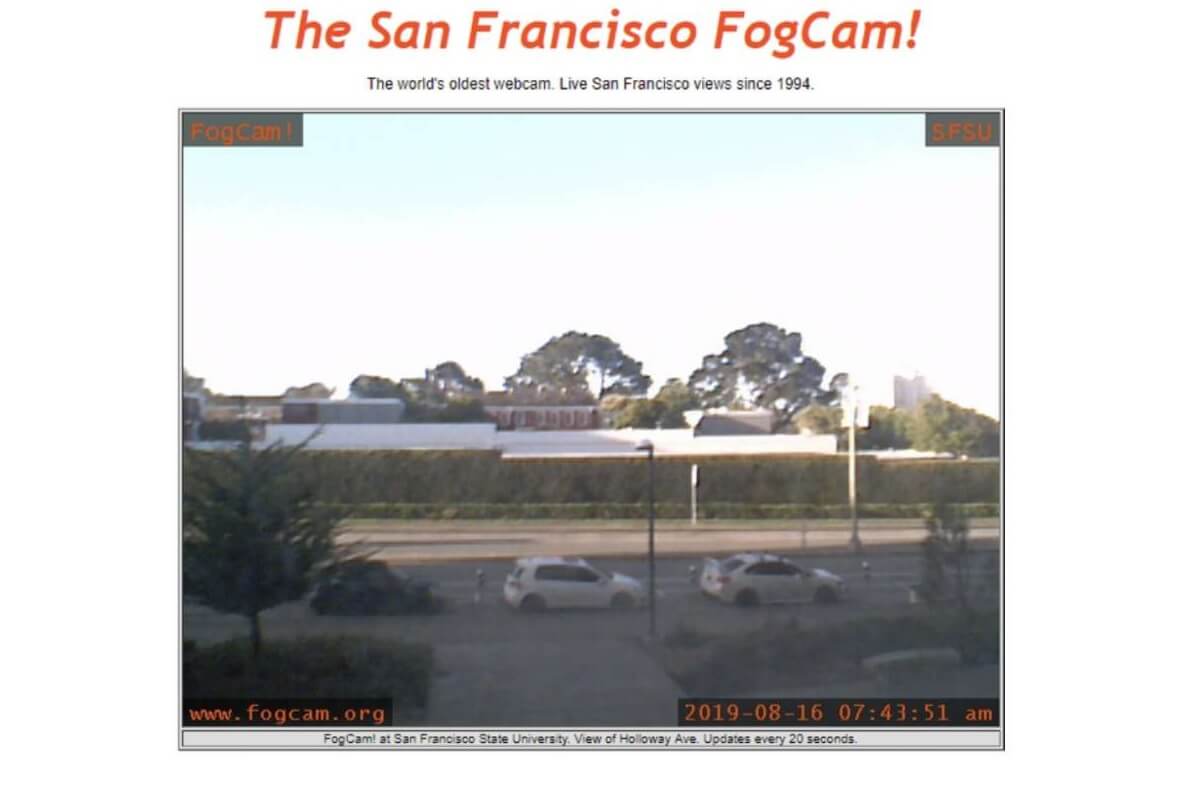 FogCam is widely regarded as the oldest webcam on the internet – it was created by Jeff Schwartz and Dan Wong and received its name from the veil-like view it offered of the San Francisco State University campus where the two were taking computer science classes.

Now, 25 years later, Schwartz and Wong have decided to put the webcamera to rest, at long last, a decision which they announced via their Twitter channel.

If you go through the replies to the post, a lot of them are sad to see it go, are asking for an explanation as to why and some have even offered to donate in order to keep it going.

However, Scwartz said that they “felt it was time to let it go. The bottom line is that we no longer have a really good view or place to put the camera. The university tolerates us, but they don’t really endorse us and so we have to find secure locations on our own.“

Schwartz will always remember the FogCam and it will always have a special place in his heart. After so many years, he is still surprised people are looking at it.

He came up with the idea to create the camera back when he was still learning how to script and the Trojan Room Coffee pot cam (the very first live webcam) was, at the time, an idea that intrigued him.

That particular cam was the brainchild of the researchers at the University of Cambridge and was created out of necessity: since they all worked in different labs, placed on different floors, it was impossible to know if the coffee pot would be full or empty when they’d go to where it was located for a caffeine fix.

“One of the things that’s very, very important in computer science research is a regular and dependable flow of caffeine,” as Dr. Quentin Stafford-Fraser put it.

So they just went ahead and web-cammed it. This turned their coffee pot the most famous one on the internet, back then, in 1993.

The FogCam acted as a small tribute to that coffee pot by playing into the theme when it was launched: while it usually pointed towards Holloway Avenue, on occasion, its creators turned it towards the Cafe Rosso, a move that allowed the watchers to tell when it was the best time to go have a coffee run.

While the FogCam website will still be up, for posterity’s sake, the camera itself  will be switched off on August 30th.