Technically, the Redmi K20 Pro is still fresh out of the oven but that is not enough of a deterrent to the Xiaomi sub-brand – on the contrary, it has recently announced that it will be replacing the device with a K20 Pro Exclusive Edition.

Redmi General Manager Lu Weibing took to Weibo to announce the upcoming smartphone and hinted that the phone will feature the Snapdragon 855 Plus chipset. The chipset is all the rage on the smartphone market these days as it comes with an overclocked CPU and a GPU with a 15% boost in performance. 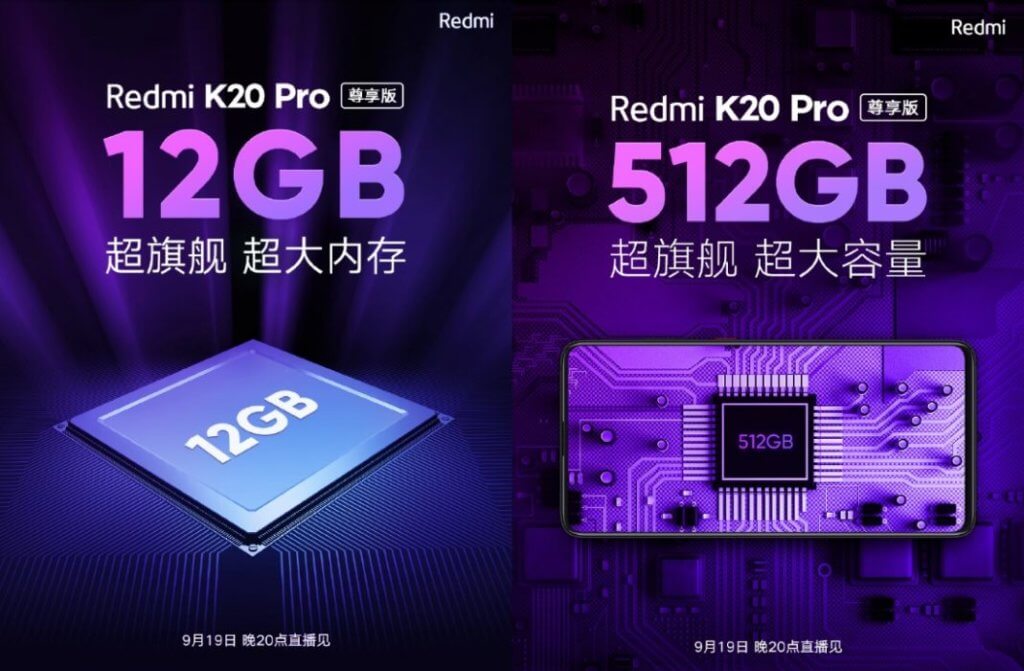 The phone will have 12GB of RAM alongside 512GB worth of storage and it’s expected that it will not stray too far away from the K20 Pro, especially in terms of design. The teaser images posted on Weibo seem to confirm that.

The phone will probably have a 6.39 inch Super AMOLED display and will feature a 20MP pop-up selfie camera on the front.

On the rear, the phone will host a triple camera array with a 48MP main shooter accompanied by a 13MP ultrawide sensor and an 8MP telephoto lens.

A 4,000mAh battery with 27W fast charging support will juice up the device, which runs on Android 9 Pie based on the MIUI 10 user interface.