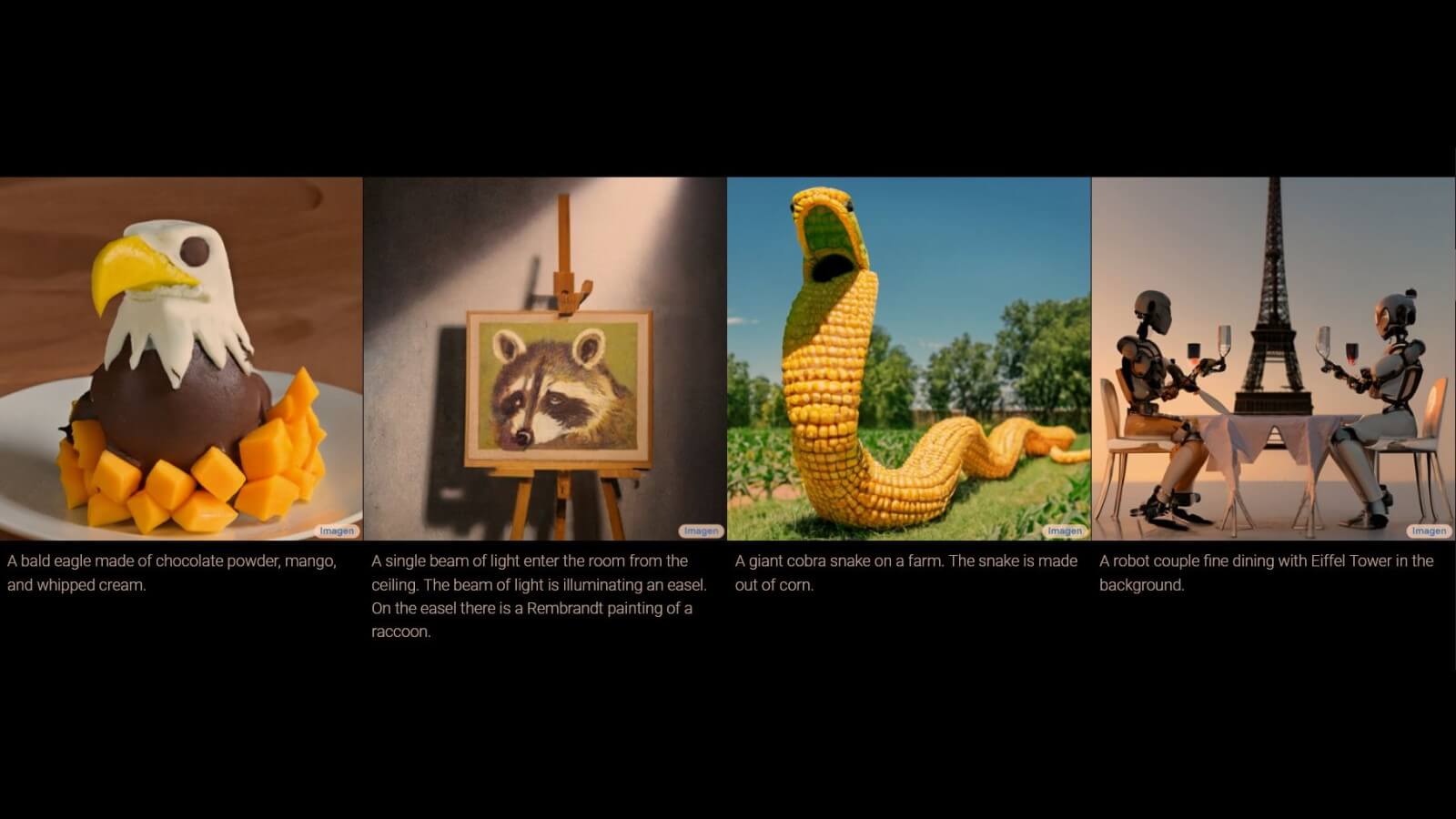 Imagen, a contraction of the words “imagine, illustrate, inspire”, is capable of understanding long-form text, rare words and surprising indications.

From “A cute corgi lives in a house made out of sushi” to an “Android Mascot made from bamboo” or “A marble statue of a Koala DJ in front of a marble statue of a turntable,” the Imagen AI generated plenty of surreal yet photorealistic images.

However, Google won’t release Imagen to the public anytime soon, citing various risks that need to be addressed with safeguards.

“Imagen relies on text encoders trained on uncurated web-scale data, and thus inherits the social biases and limitations of large language models. As such, there is a risk that Imagen has encoded harmful stereotypes and representations, which guides our decision to not release Imagen for public use without further safeguards in place, explains Google.

“While a subset of our training data was filtered to removed noise and undesirable content, such as pornographic imagery and toxic language, we also utilized LAION-400M dataset which is known to contain a wide range of inappropriate content including pornographic imagery, racist slurs, and harmful social stereotypes,” they add.

However, you can still try the Imagen demo on the site – it’s a short, interactive version of the full tool which hopefully will be released to the public when it’s safe to do so.