Device Destroys 99.9% of an Airborne Virus in Seconds 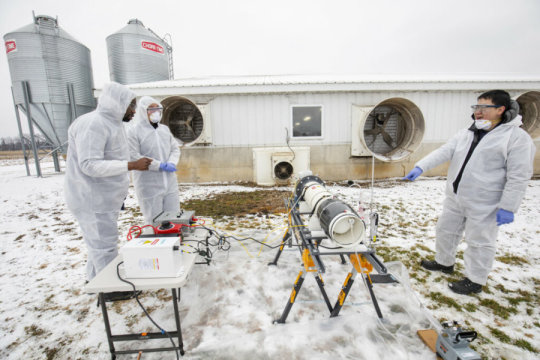 Is there something that can destroy all airborne bacteria and viruses in a fraction of a second? It appears so. A new type of air filter might be able to give results faster, cheaper and more accurate than all others on the market.

The genius new device uses nonthermal plasma to provide solid help as a weapon against the spread of infectious diseases, like measles, which can remain suspended in the air for hours.

Besides killing viruses, it can prevent disease when it is miniaturized and works as a century-old face mask, to breathe in clean air.

“The results tell us that nonthermal plasma treatment is very effective at inactivating airborne viruses. There are limited technologies for air disinfection, so this is an important finding,” said Krista Wigginton, a civil and environmental engineer at the University of Michigan.

What is nonthermal plasma?

Nonthermal plasma, at its core, is like a flame minus the heat, created using an electromagnetic reactor.

By sending pure oxygen gas through one, the device produces an effect similar to static electricity. Plasma is merely the ionized or charged air particles that form around each spark.

The air filter looks like a simple pipe but it’s more complex than that. Inside, the pipe has glass beads that capture the tiny little discharges. Electrons are sent flying and atoms are pulled from their molecules as electricity flows through the system, producing a silent glow. The process results in a free-radical host.

“By passing through the packed bed, pathogens in the air stream are oxidized by unstable atoms called radicals. What’s left is a virus that has diminished the ability to infect cells.” engineer and senior study author Herek Clack from the University of Michigan explained.

The device has a two-sided approach. It doesn’t just physically trap the virus within the air, but it actually inactivates it.

Clark and his team will test the device with animals first, in order to be able to use the promising technology for humans and especially hospitals in the near future.