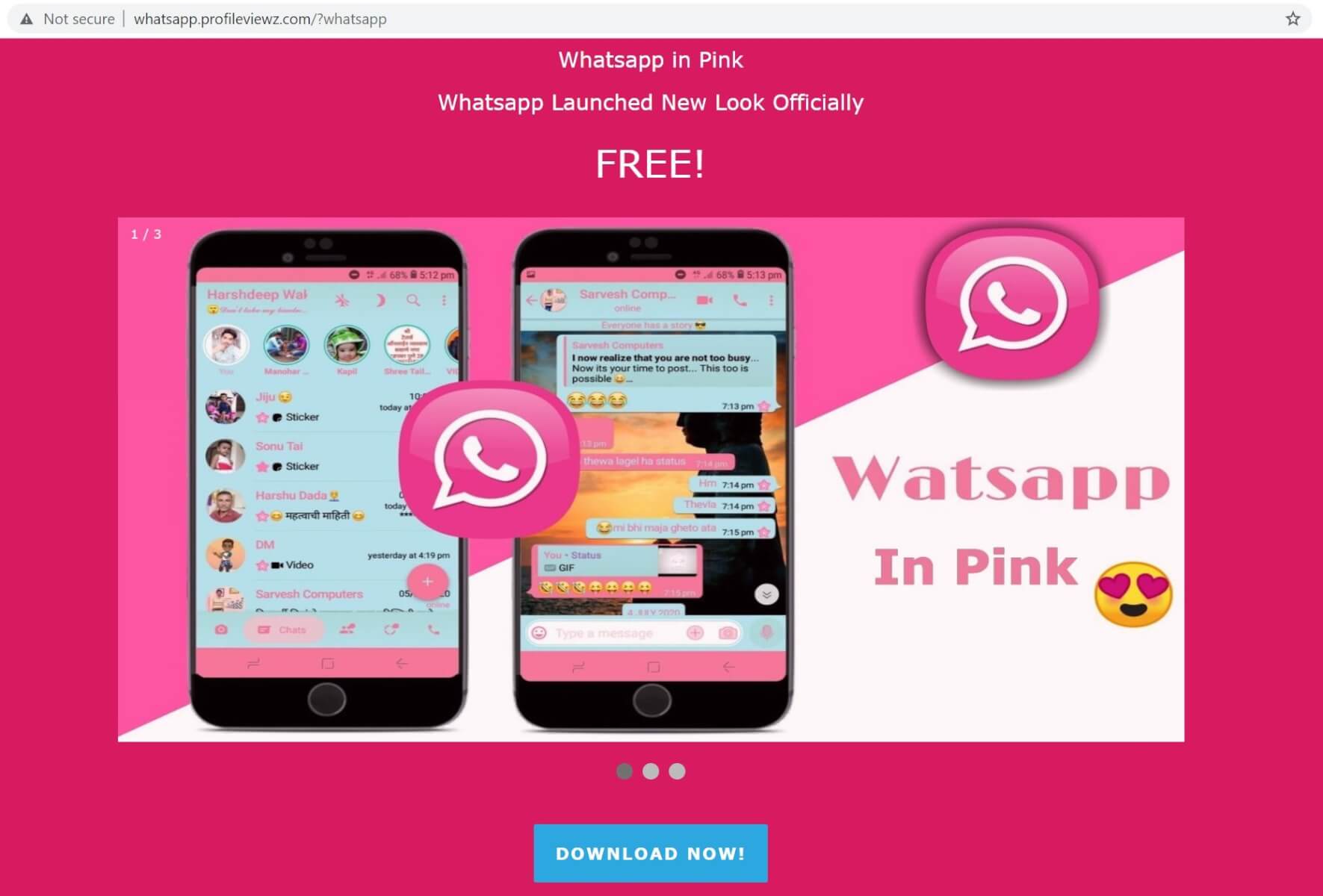 WhatsApp Pink is a nefarious virus that poses as a theme-changing app. Once installed, it can allow hackers to mingle into users’ data and even lock victims out of their phones.

The download link has been spreading around WhatsApp groups and users, claiming to provide an alternative pink theme to the default green one. As if it weren’t enough of a lure, the app also pretends to offer additional features and tries to legitimise its existence by deeming the theme “a new official look by WhatsApp”.

If you or your friends get this link, beware not to click on it. It’s just a scam. Cybersecurity expert Rajshekhar Rajaharia was one of the first ones to flag the scam:

Even worse the app automatically sends download links to all of the users’ contacts.

“Once installed, the fake WhatsApp app starts circulating a message that contains the link for its downloading. The aim of the hacker appears to collect user data of as many users as possible,” Rajaharia told Gadgets 360.

He also said that WhatsApp Pink had largely been targeted at the police and media persons. A download link was initially sent to the police officers in Delhi and Rajasthan.

Rajaharia was informed about WhatsApp Pink by Delhi Police inspector Data Ram Yadav, who spotted the circulation of its message in one of the police WhatsApp.

Needless to say, this is not an official update by WhatsApp and has only been created to deceive audiences into installing the malicious link.

“Anyone can get an unusual, uncharacteristic or suspicious message on any service, including email, and anytime that happens we strongly encourage everyone to use caution before responding or engaging,” WhatsApp said in a prepared statement sent to Gadgets 360. “On WhatsApp in particular, we also recommend that people use the tools that we provide within the app to send us a report, report a contact or block contact.”

WhatsApp has not been bereft of such targeted attacks in the past. The chat app has often been used as a playground for online threat perpetrators. Part of the problem is the unverified information that is easily spread through WhatsApp groups.

One such similar case was another attack by a WhatsApp Gold variant or another scam that offered “free Amazon gifts” after completing a survey. We’re living in the age of the internet, so if something seems even a little bit suspicious, better take precautions rather than finding out that your phone is now controlled by a hacker.