This Is Not a Sci-Fi Faberge Egg, But An Oval Quadcopter - Tech The Lead 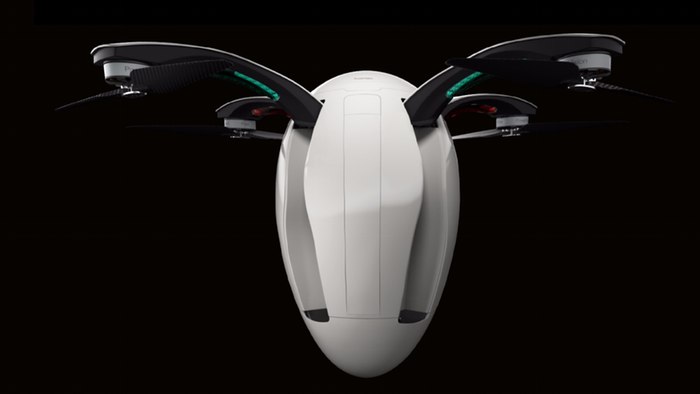 This year, a Beijing-based company is rolling out a quadcopter in the shape of a hard egg to crack.

Powervision Robot has squeezed a quadcopter in a giant oval shape named the PowerEgg. This is the first mainstream commercial drone released by the company, although it is inspired by their industrial drones. The compact form makes it stable and easy to carry in a backpack on your usual hike. So when does it take “proper drone form”? It’s enough to switch it on for the sides to split and unfold arms for rotors and landing gear.

The PowerEgg’s hidden camera is situated at the bottom of the device. With its help, you can shoot 4K HD film with 360-degree panoramic view. Don’t limit your creativity, PowerEgg can film long-range, real-time video as well as close-range objects indoor with “optical flow” sensors. Pretty neat, right? If you’re beginning to dabble in this area, use the adjacent remote control, a fairly intuitive device, according to the company.

Follow their updates here to find the selling price.