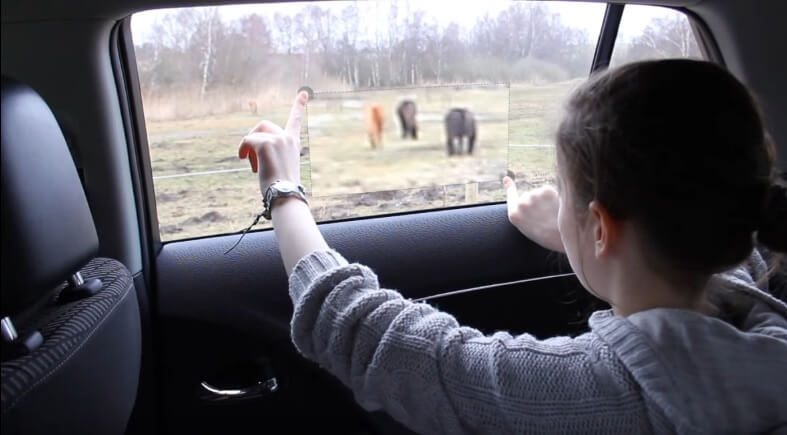 Augmented reality doesn’t seem such a good idea for car drivers. Receiving updates concerning the road, weather and traffic ahead on the windshield is very distracting. But Toyota found a way to use AR in the car, without putting anyone at risk. Their solution? Interactive windows for the passengers #automagic

The car maker partnered up with the Copenhagen Institute of Interaction Design to build a system that can use the back car windows as touchscreens. Children in the back seats can draw on them and watch their designs interact with the outdoor environment. When the car is in motion, they seem to follow the natural movement of the vehicle. Alternatively, kids can find out more info about objects set far away as well as the distance (in meters) to them. Also, they can zoom in the image seen; just watch the video below:

Toyota added that their Window to the World concept can show auto translation of signs set in a different language, something you would encounter when you travel abroad.

Nevertheless, these augmented reality windows never made it past the concept phase. Toyota published the first demos in 2011 and now, five years later, they appear to be nowhere closer to making them a reality.