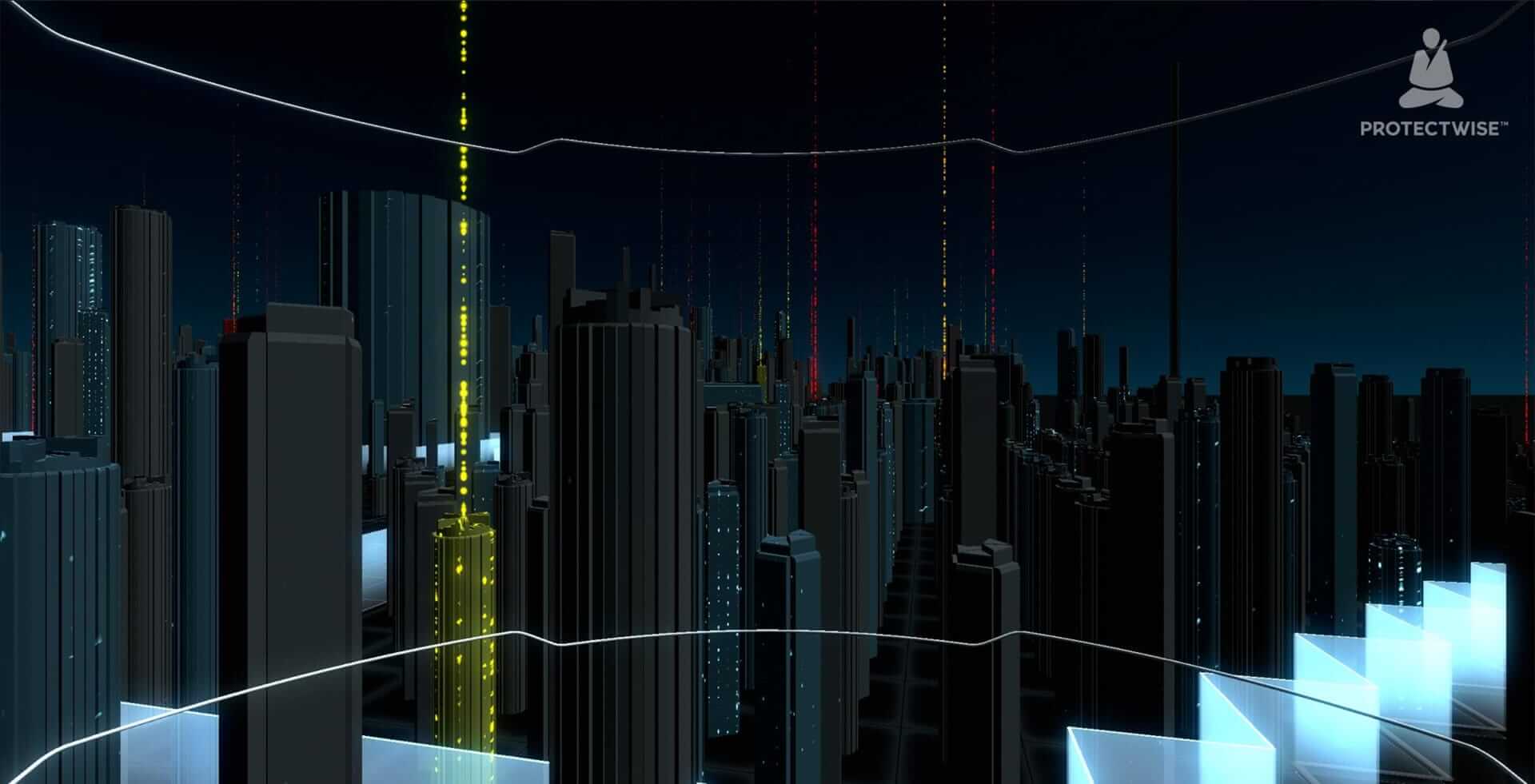 Colorado-based startup ProtectWise made a tool that uses computer networks as the grounds of a whole, new virtual reality world. This means security analysts could one day come to work with VR headsets on #realitymagic

ProtectWise has devised Immersive Grid, a model that transforms servers, mobile devices, PCs in buildings from a virtual world. This makes it easier for security analysts to search them for any potential threats. Using it is like patrolling a neighborhood, watching out for thieves and criminals. Scott Chasin, CEO and co-founder of ProtectWise, believes this could be the trigger of a more significant change in security, one that would see employees work in rooms with AR or VR headsets on.

“[Immersive Grid] uses advanced visualizations and gaming principles to create a virtual cityscape — a living network that brings an organization’s assets to life. Real-time full-packet capture and endpoint integration are streamed into the cloud, providing tomorrow’s new generation of security analysts and threat hunters an innovative new way to patrol, hunt, and respond to threats”, says the company.

In the virtual world, the shape of a building would tell analysts more about the type of device it represents. The height of it would point to the IP network traffic, while the width would tell how much bandwidth the device requires. Another parameter would be the color of the building. Red or orange would tell an analyst that it has an elevated level of risk. Plus, this visualization system could help analysts be more organized. Buildings could be grouped in neighborhoods representing a specific department or business location.

By building cyberspace, Chasin hopes to attract the Minecraft generation to this line of work. This younger generation, he believes, is more accustomed to the mechanics of games and would do a better job if it could visualize the problems it’s confronted with.