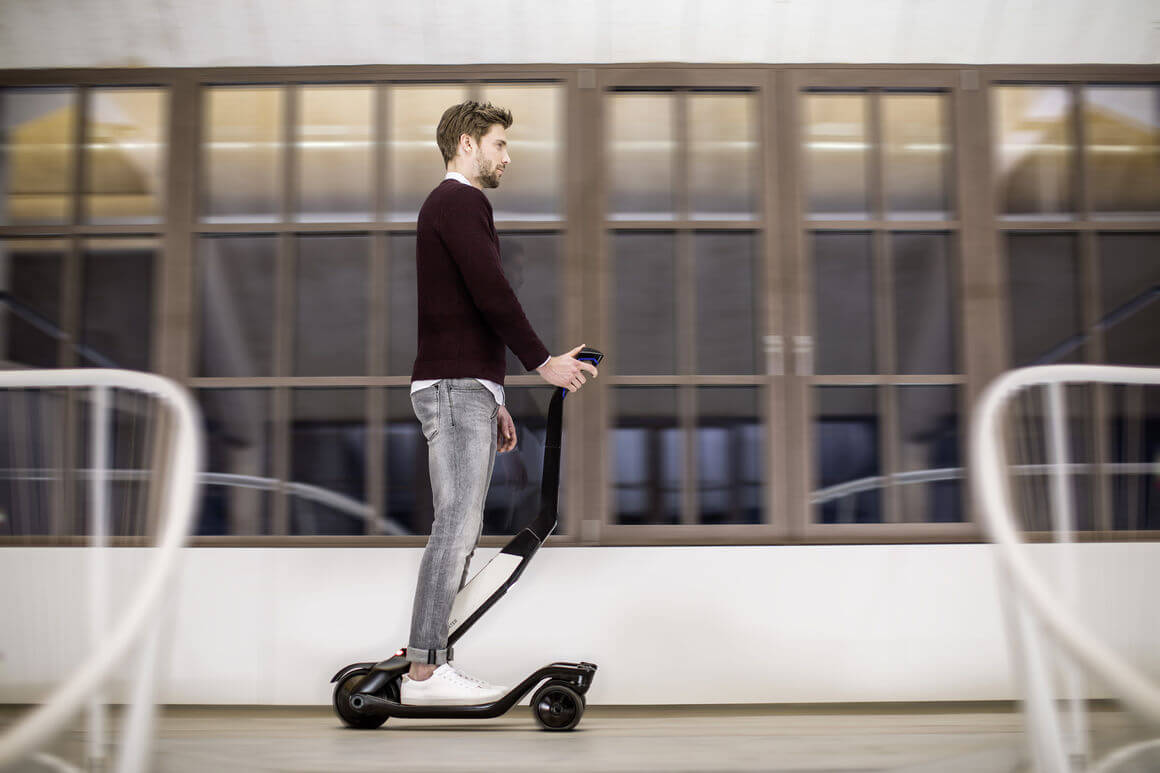 The Geneva Motor Show kicked off with two concepts from Volkswagen, who focused on and urban transportation in the form of electric scooters.

Both of them were present at last year’s event and it’s good to know that Volkswagen is not abandoning this particular race.

The Streetmate is the larger and more traditional option, a 2.7 horsepower bicycle with a foldable seat and a 28 mph range.

However, the more eye-catching concept is the Volkswagen Cityskater, which looks like a regular old electric scooter ridden backwards.

To use it, the rider stands on the two footboards and grabs the central rod, leaning left and right to control direction.

The might look weird but allows riders to travel using motions similar to those of skiing, which should offer plenty of wiggle room for crowded cities.

With a wheel powered by a 0.5 horsepower electric motor, Volkswagen says the is a good choice for passengers of up to 265 pounds. This electric scooter weighs 33 pounds and can handle top speeds of up to 12 mph, with hills of up to 10-percent incline.

Like other electric scooters, it folds up for convenience and its 0.2 kWh lithium-ion battery can be charged in regular wall outlets.