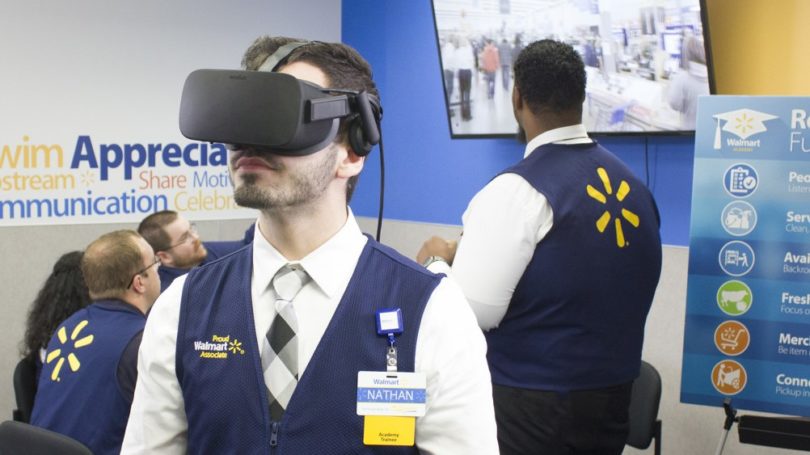 Walmart plans to send Oculus Go virtual reality headsets to almost all of its 5000 stores, staying true to the promise of expanding its VR-based employee training system it had announced last year.

The company will deploy around 17,000 Oculus Go headsets and plans to start the training in October.

Walmart is not new to VR, though – the company is already using it in its Academy training centers, in partnership with a company called Strivr. The VR simulates situations that would either be too difficult or too expensive to run in real-life training, such as the dreaded Black Friday shopping spree.

The videos are 360-degrees, with interactive on-screen prompts. the simulations are designed to give the employee more of a physical feel for various situations.

Obviously, it’s a huge hit for Oculus, which has already shipped around 289,000 Oculus Go headsets during the first quarter of its launch. Add that to the 17,000 pieces Walmart plans to send out and it’s a win-win situation for both companies, to say the least.