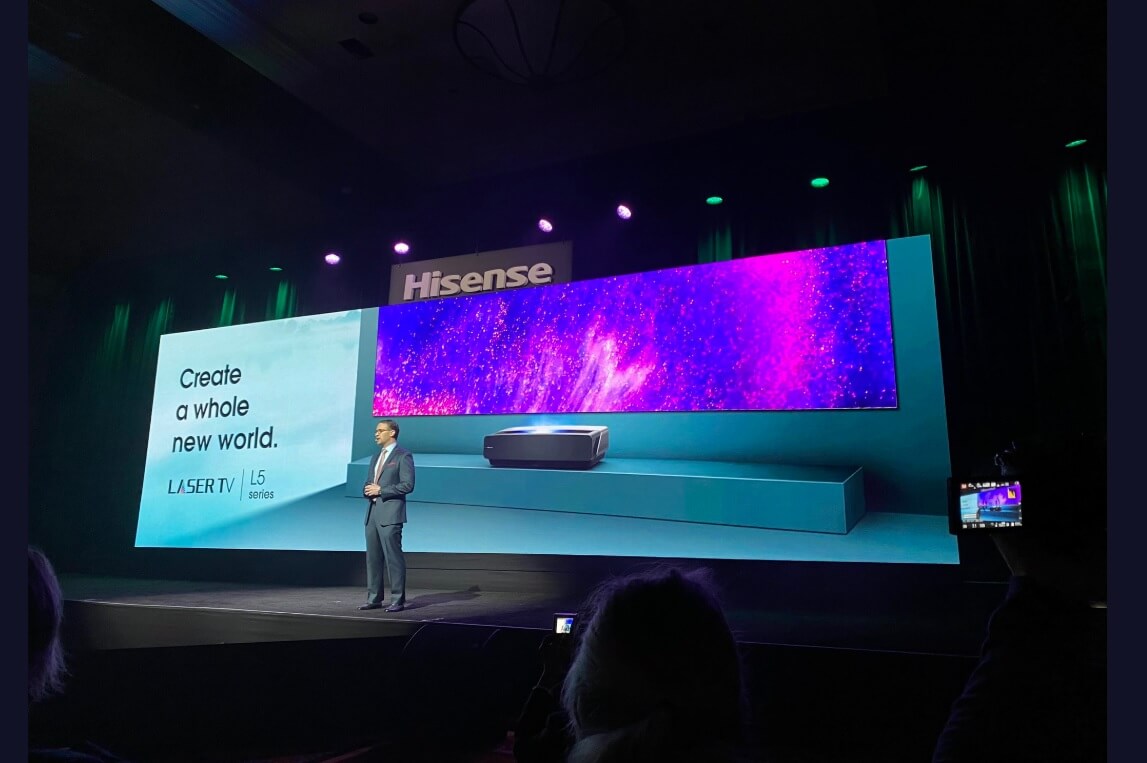 Hisense’ strategy to grab our attention? Pretty visuals and compelling commercials. Not so many groundbreaking products this CES, though. Where other TV manufacturers boasted at least 2 if not more new products or technologies, Hisense relived their 2019 successes, keeping a small window for novelties as the conference was coming to an end.

Laser TV is what the company is focusing on most right now, that became clear really fast. After touting their success in China, Japan, Australia and South Africa as well as their progress on this side of the ocean, Hisense made sure we remembered their latest and greatest.

The world’s first dual-cell tv and first social tv came from them, although a pop-up camera on a TV is not news anymore. Laser TV is their premium technology, the one that put them in a top position in China. Offering pretty extraordinary color gamut, less eye strain and using 40% less power consumption than LCD, that’s not actually surprising.

Hisense knows what they’re doing so that’s why I was a bit disappointed that their only noteworthy CES 2020 launch was the L5 series. A 70-inch self-rising Laser TV, it directly competes with LG’s established Signature R series. The model will be sold in the US for $5999 this year.

Is Hisense banking only on L5 sales this year? Not at all. While it won’t impress your friends as much as a self-rising one, the H9G Quantum Dot ULED TV is still a great purchase. This spring, it will be released with 4K resolution, up to 180 dimming zones, 120Hz refresh rate and up to 1000 nits brightness.

The H8G is the mid-range option, with just up to 90 dimming zones and up to 700 nits brightness.

We’ll confirm price in the days to come.