Watch: The Moley Fully Robotic Kitchen Can Do Almost Everything, Even Clean Itself! 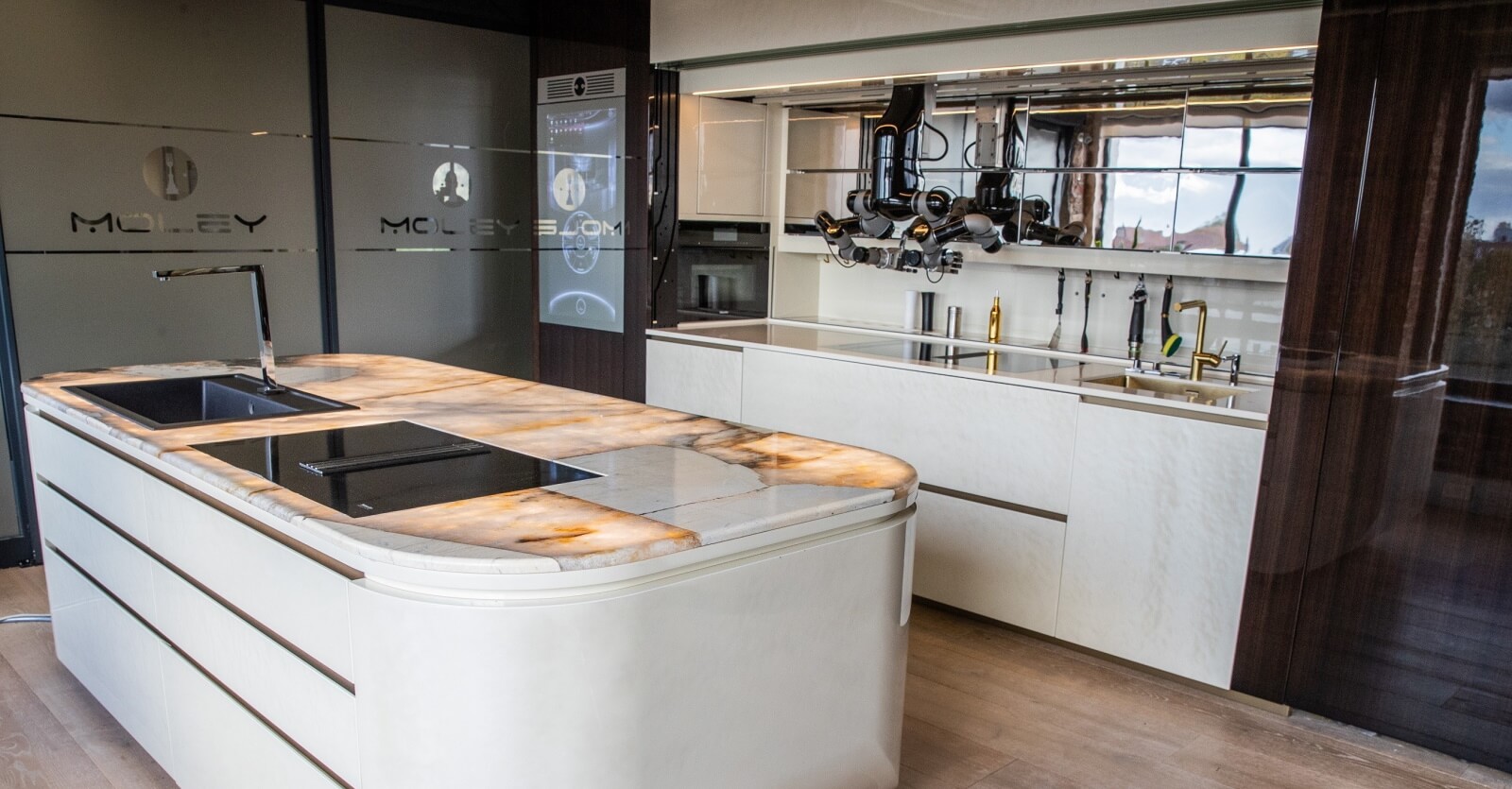 Watch: The Moley Robotic Kitchen Can Do Almost Everything, Even Clean Itself!

The biggest smart home revelation from CES 2021, the biggest consumer tech event of the year?

It’s definitely this Moley robotic kitchen, which evolved incredibly since we last heard of the project four years ago.

Yes, it’s an entirely automated kitchen, featuring robotic arms that cook fresh meals with a simple button touch and clean up after themselves. Scroll below for a video demonstration!

Introduced by Moley Robotics, the Moley kitchen is truly a state-of-the-art display of things to come.

The robotic arm is modeled after the skills of BBC Masterchef winner Tim Anderson, who was 3D recorded while cooking.

He worked with chefs Nicole Pisani and Andrew Clarke to create 30 dishes for the launch of this robotic kitchen.

His motions were then translated into digital movement for the robot – which can now cook those 30 recipes at the push of a button.

Moley says their customers will be able to pick from a menu with over 5,000 choices and even add their family recipes to its recipe-creator tool, so that the robot can cook just like grandma used to!

How does it cook and clean?

A combination of sensors and cameras map everything in the kitchen, from pots and pans to utensils and ingredients.

The cookware itself is marked with signs that allow the robot to orientate the pans and utensils.

The robot is also fitted with an optical system that detects spilled food and cleans up before and after the meal itself is cooked.

Even more, it has an integrated UV lamp, so it won’t just wipe the counter, it will also sanitize it with UV light to keep it germ-free.

The Moley kitchen was showcased at CES and its makers say they will release a commercial version of it later this year.

Don’t expect to skip takeout anytime soon, because this version is $335,000.

Watch: The Moley Robotic Kitchen Can Do Almost Everything, Even Clean Itself!