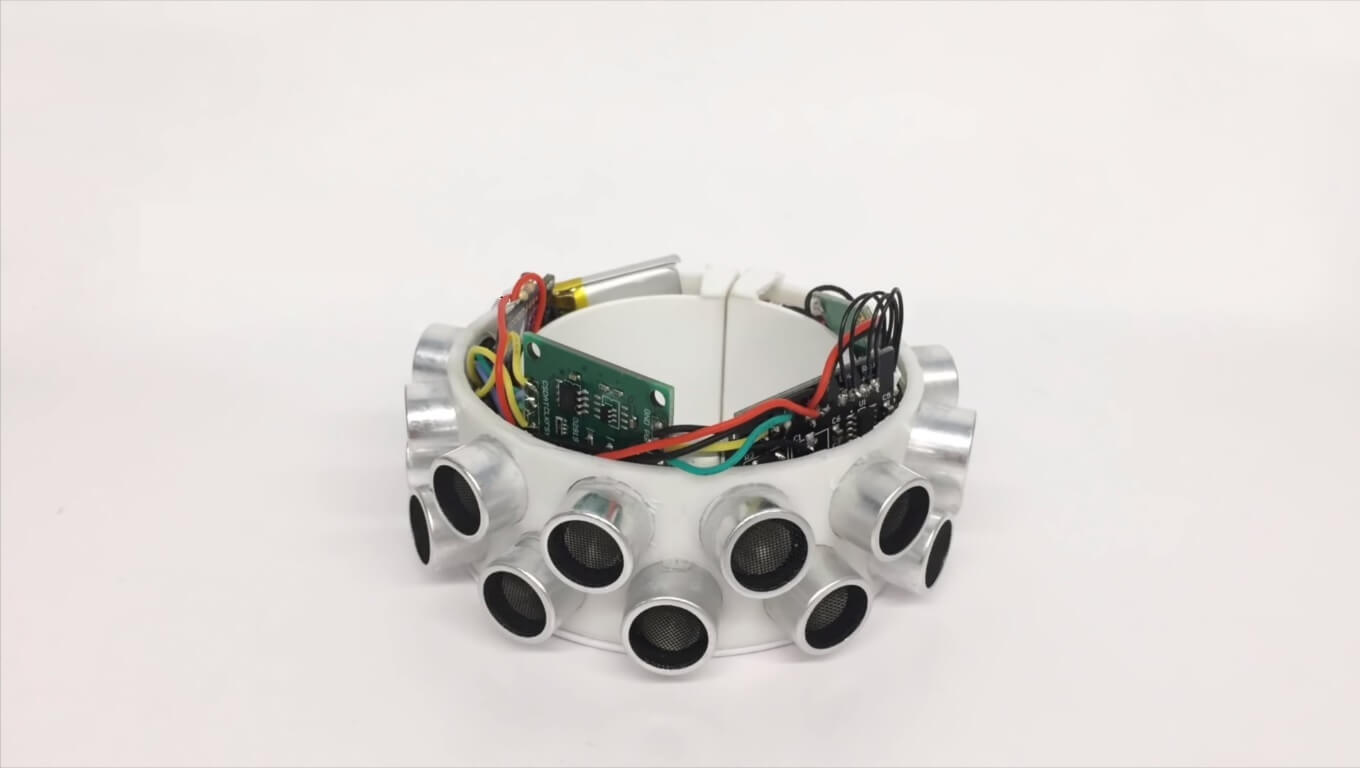 Wearables that track your movements and turn them in data are no novelty. Every fitness band and smartwatch out there is meant to find out as much as possible about you, even at the price of your privacy. But not this bracelet. This might be the first wearable to keep your conversations private.

As you know, any device with a microphone is able to get access to what you say in its vicinity, whether it’s a speaker or a phone, tablet and computer. Of course, provided you settle for the default settings and don’t go out of your way to restrict access to those. And even then, there’s always the possibility of someone listening.

So researchers from the University of Chicago tried to turn a wearable on its head, making it disturb microphones instead of using them. What you’ll notice at first? For a bracelet, it’s definitely not subtle. But you might forgive the design when you find out that around an electronic core, there are ultrasonic transducers that emit sound waves across the room.

Humans aren’t able to notice them but they are present and capable of disrupting microphones every time they try to pick up voices. By doing so, the resulting recordings are impossible to decipher by humans and voice assistants, which rely on voice recognition software.

By putting this tech on a wearable – that is in motion most of the time – researchers ensure that there are no slips, as in dead zones caused by nearby transducers cancelling each other out when still.

If this sounds like a wicked idea, get cranking! The researchers shared the code for the signal generator and 3D models to make the bracelet on GitHub.