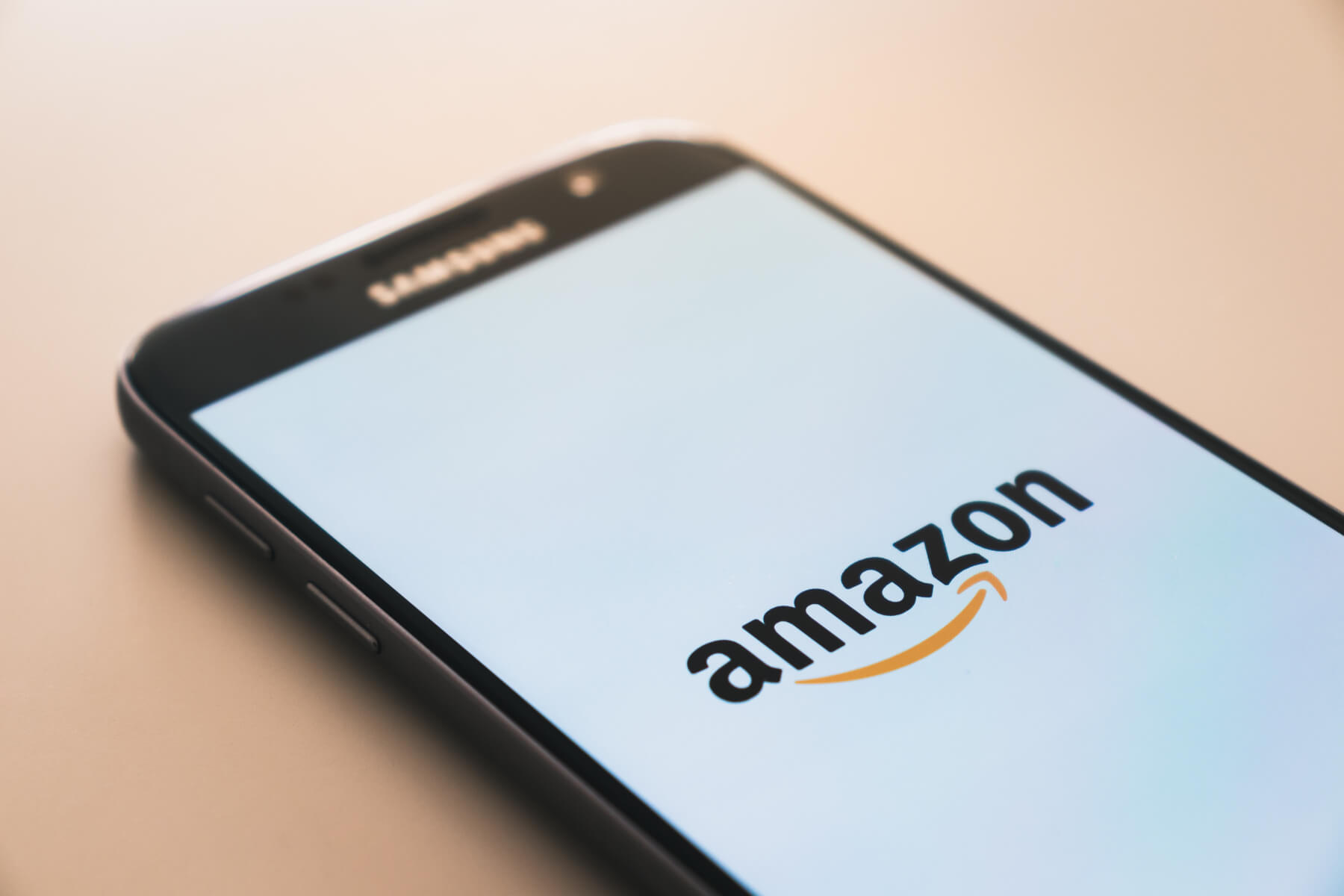 Fake toys, fake electronics, fake pills and downright dangerous merchandise: Amazon, the “everything store”, truly has mostly anything. Is this something to be expected from such a huge online store or a major problem?

You decide the risk you’re willing to take.

With users having to wade through endless listings of questionable goods and a lot of the products sold being fakes, Amazon has a serious problem with its fakes. They’re taking steps to fight this but, until they do, you should know how to protect yourself online.

Amazon cracks down on review mills

In February 2022, Amazon took legal action against three review mills, which it called “Fake review brokers” and accused of manipulating their customers.

Some of the largest fake review brokers, Fivestar Marketing, Matronex, and AppSally found themselves in hot water.

According to Amazon, sites like AppSally was selling fake reviews for just $20 and encouraging fraudulent sellers to send empty boxes to the people writing the fake reviews, to go around Amazon’s checks.

With just these three companies out of the ecosystem, Amazon took out nearly 350,000 people who were writing fake Amazon reviews, in countries like the US, UK, Germany and France.

This year, Amazon closed 3,000 Chinese online merchant accounts on its platform, kicking about 600 Chinese brands off its huge platform.

The move, the latest in the struggle to kick Amazon fakes off the story, cleaned up the site of some of the stores that paid for reviews and had other terms of service violations. But is that the end?

Popular brands like Aukey and Mpow, who make affordable tech products, like headphones and mice, were booted off the platform, and Chinese retail giants were affected as well.

One of the largest “Made in China, sold on Amazon ” companies, Shenzhen Youkeshu Technology, had 340 of its Amazon stores closed and $20 million in funds frozen. It’s a major blow to a Chinese company, one that is sure to draw fire on Amazon from other Chinese vendors.

Still, this move only affected 30% of their presence on Amazon.

If you shopped there lately, you probably noticed many fakes on Amazon and the flood of Chinese brands, from bigger ones like Aukey and Mpow, to questionable stores who sold questionable products with cheap product shots and typos in the description, then reached out to you to ask for a five star review.

That was just the tip of the iceberg when it comes to Amazon fakes. Let’s see how this problem started, what type of products are counterfeit on Amazon and how you can spot Amazon fakes when shopping online.

This happened after another Amazon fakes-related incident made headlines. A WSJ investigation found thousands of banned, unsafe or mislabeled products, from consumer electronics to toys, and compared the site to a flea market rather than a regular storefront.

Indeed, this is the best way to look at this problem, which, thanks to Amazon’s growth strategy, will continue to increase.

Once Amazon pivoted from just selling the products themselves and opened the doors for anyone with an email address to add their wares there, everything started going downhill. For every reputable seller looking to expand their customer base, there are hundreds of counterfeiters and shady stores selling fake products, buying fake reviews on Amazon and, as soon as they’re caught, opening another Amazon store under a different name.

Amazon’s own report chronicles an uphill struggle. After having invested more than $700 million and employed more than 10,000 people for the task, the company blocked 10 billion attempted counterfeit listings in 2020 – up from 6 billion in 2019 – and destroyed more than 2 million fake goods in its warehouses.

You’d expect to see expensive sneakers or purses as knockoffs on Amazon but the majority of those products seized belonged to every category you could imagine: fake Hydro Flask bottles, fake Similac formula and even fake Dove soap, a product so cheap, it boggles the mind that someone would try to profit from it.

Another report from the Government Accountability Office analyzed 47 popular products and found that 20 of them were counterfeit. The worst part? 13 of the 13 cosmetics analyzed, belonging to popular brands like Urban Decay, were counterfeit.

Fake makeup is a big problem online and a huge health risk for consumers, since the counterfeiters don’t care about using safe ingredients.

Selling counterfeit Amazon products used to be a niche cottage industry, spawned around blogs titled like “How to achieve financial independence by gaming the Amazon algorithm” but it evolved into an operation that rivals mega-corps like Unilever.

“Production levels equivalent to an entire factory’s monthly production are coming in container loads through the Los Angeles port, including food, liquor, and cigarettes. The outer wrapping and tax stamps on these products are professional and look like the real things to the untrained eye.

YouTube videos show how real cans of Budweiser are being “refilled, resealed, and resold” from a factory in China.  Other products that have been counterfeited include consumer staples such as laundry detergent, baby formula, and other products that use packaging collected from trash cans – cleaned up, repacked with fake product, and resold.  Other industries affected by counterfeiting include electronic components, aircraft parts, industrial equipment, and multiple other industrial applications. Even recycled goods may be collected, shipped to China, stripped down, cleaned up, relabeled, and sold into the market as original product.  (A common example of this includes printed circuit boards, which are recycled and sold back through distributors to government agencies.)  Even natural products are suspect; logs may be harvested in the United States, shipped to China, processed as plywood using formaldehyde, and then imported and used to construct houses in the U.S.   Even though such products are not counterfeit, they are fraudulent, as they do not meet the housing code requirements for items that are used in home construction” – from an NC State University report.

By now, you’re probably wondering how it’s possible to achieve such an operational scale and what can be done about it.

Why are there so many fake products on Amazon?

Why doesn’t Amazon simply ban sellers from listing luxury goods? It’s simple: profit. Amazon keeps around 15 percent of any sale made by a third-party seller, so, while they do make efforts to ensure the authenticity of goods or follow the negative review trail, they allow anything and everything to go up on sale in the first place. It’s a “sell first, ask question later” policy that’s very detrimental to consumers.

Their strategy is directly impacting legitimate brands and manufacturers, who in turn have started leaving the platform.

In 2016, Birkenstock’s CEO pulled the brand’s products off Amazon because Bezos’ platform did not help the company identify and stop those sellers making fake Birkenstocks. Nike did the same thing in 2019.

Nowadays, if you look for those two brands on Amazon, odds are you will see a lot of fake shoes.

If you’re wondering how to avoid fake products on Amazon, the answer is simple: you don’t. With most of Amazon’s catalogue belonging to resellers, a majority of them shady, it’s simply easier to go to the manufacturer’s website and purchase there, especially if you plan on spending a lot of money.

In 2019, Washington Post did a comparison between the real and fake Amazon products, focusing on luxury goods like Hermes bracelets, Gucci belts and Louis Vuitton bags. They brought in experts who talked about what the difference is, and how not to be fooled by a knockoff despite it looking virtually identical to the real deal.

If you’re looking to buy expensive designer products, rule number one would be to stay away from Amazon, as those brands almost never sell their things on that marketplace.

If you insist on relying on a third-party Amazon seller, watch this video to get some tips on how to avoid getting a knockoff.

For any other product you buy, follow these simple “How to avoid knockoffs on Amazon” rules:

Until Amazon pivots its strategy to allow thousands of people and companies to list their products for sale without verifying them and their stock carefully, you as a buyer are unfortunately burdened with this task.