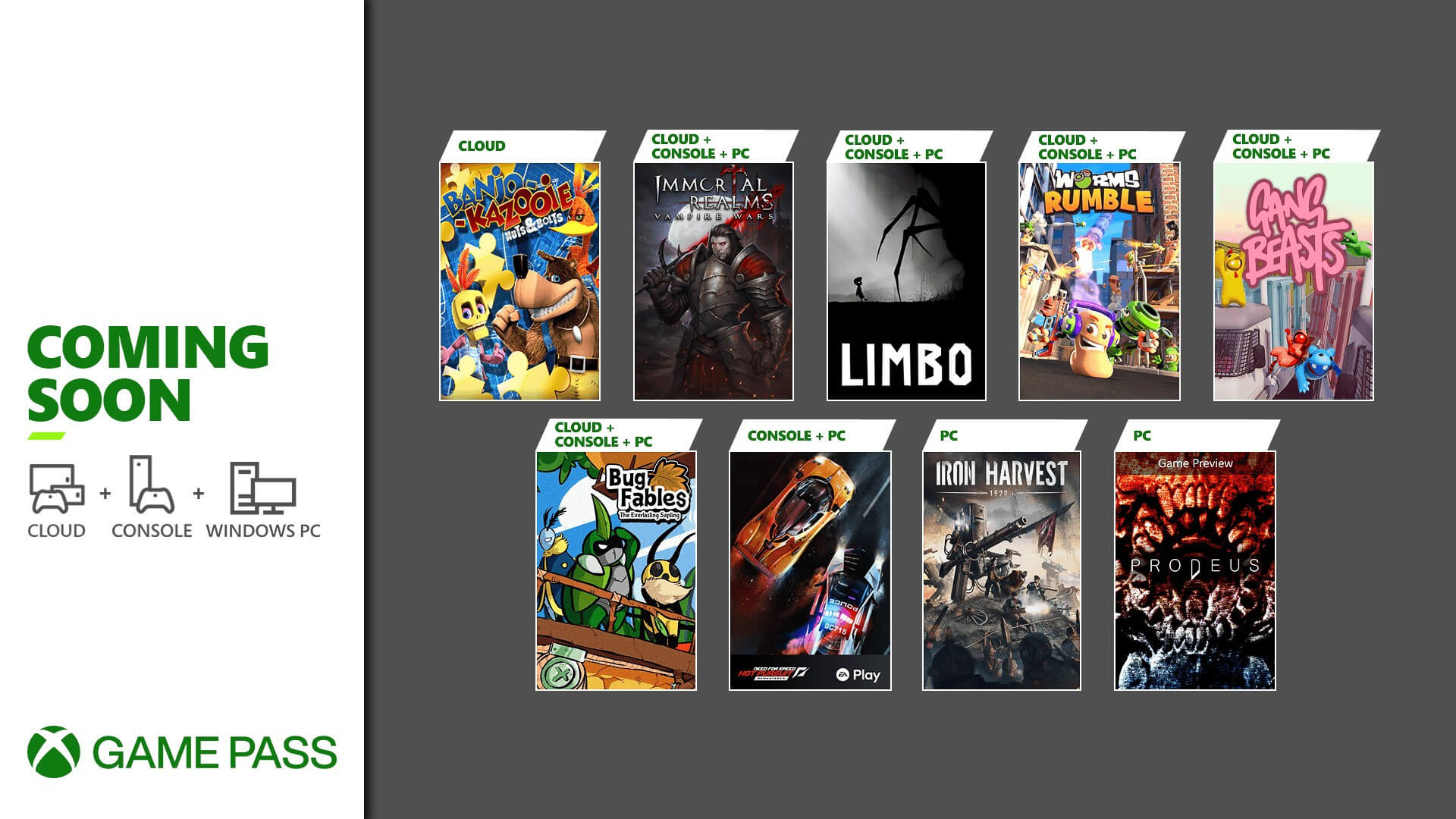 Xbox Game Pass is a premier subscription based gaming platform. As illustrated by the vast amount of games revealed at the Xbox & Bethesda Games Showcase coming to the platform day 1, Xbox Game Pass continues to be a central part of Xbox’s strategy. This includes periodically adding new games to the service.

Here is everything set to be added to Xbox Game Pass in the near future:

Worms Rumble takes the Worms transforms worms into an arena-based, real-time, 32 player cross-platform battler. The game will also be coming to Switch, meaning potentially a whole new set of players to battle with soon.

Iron Harvest takes real-time strategy gameplay and combines it with relatively more somber warfare. However, far from having its own charms, the game “lets you control giant dieselpunk mechs, combining epic single-player and co-op campaigns.

The racing game really buys into its own conceit, that is, high-speed almost fantastical driving gameplay. The name really says it all: Need for Speed.

Prodeus takes FPS back to old-school with its retro-styled aesthetics and intense gore-filled gameplay. Unlike the other games, however, the version of Prodeus coming to Xbox Game Pass looks to be a gameplay preview only.

Banjo & Kazooie’s adventure takes them back to Spiral Mountain. This time, however, they build out cars to help them in their journey. Not a fan favorite, but it is Banjo & Kazooie nonetheless!

Team up with bugs in a quest to find the mythical Everlasting Sapling. For gamers who enjoyed the original gameplay design behind Paper Mario, Bug Fables will be a treat.

Immortal Realms: Vampire Wars spins strategy, empire management, turn-based combat, card-games, and vampire tales together. Players will be able to “descend into a mythical world filled with horrors and legends… [and] into a compelling gothic epos paired with a challenging game experience.”

Limbo is literally dark: the world and characters are largely only silhouettes. But within the darkness is an immersive story-driven puzzle game.