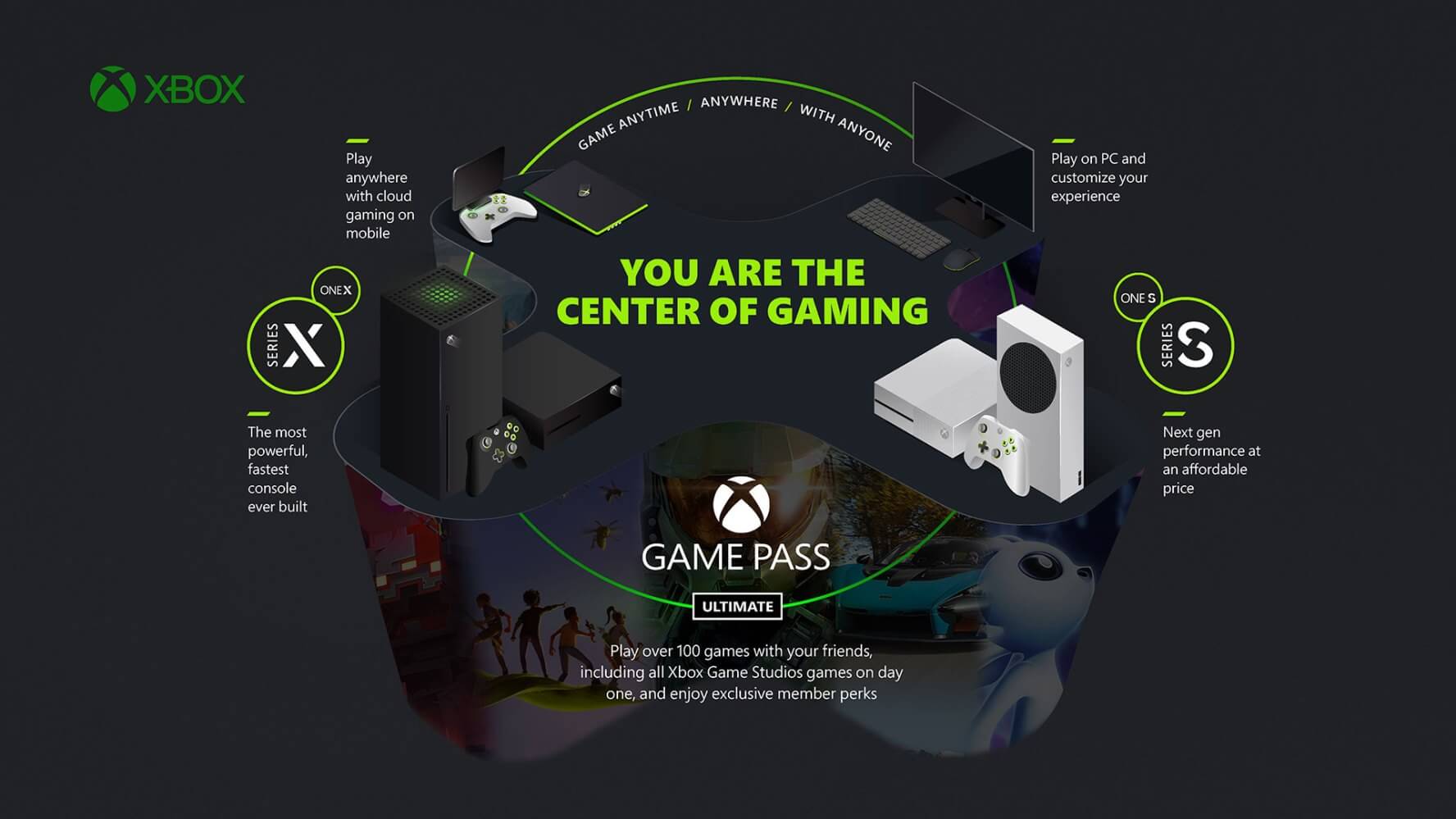 Earlier this morning, Xbox released two separate posts on Xbox Wire detailing the state of Xbox going into E3. While neither had details about upcoming releases, both provided quality insight on the game company’s perspective and future plans.

In the first post titled “Satya Nadella and Phil Spencer of Why Microsoft is ‘All In’ on Gaming,” Head of Xbox Phil Spencer and CEO of Microsoft Satya Nadella spoke about Microsoft’s role in directing the future of gaming. To Nadella, Microsoft is completely invested in gaming and has a leadership role because “leadership in cloud computing… resources [to] build our the subscription value with Xbox Game Pass [and the] overall focus on empowering creators.”

Cloud gaming is certainly still in the works, with Google Stadia and Microsoft’s xCloud certainly leading the way. One of the major draws to cloud gaming is the ability to pick up a game from anywhere, a console, PC, or mobile device. However, xCloud has distinct advantages due to the expansive library offered by Xbox Game Pass.

Xbox Game Pass itself was given its own article, “Bringing the Joy and Community of Gaming to Everyone.” While going over some pretty impressive statistics for the game subscription service – members try more genres of games and developers see more user interest when they join Game Pass – Xbox promised to bring more subscription offerings for the game service. Additionally, it will expand to different geographic regions and cloud gaming itself will be brought to browser soon. Finally, Xbox is looking to coordinate with TV manufacturers to connect to the Xbox experience, likely bringing xCloud or Xbox Game Pass to users without the need for a console.

Additionally, the article also mentions that with all the studios Xbox has acquired, they plan to “release at least one new, first party game into Game Pass every quarter.” As VGC notes, Xbox is certainly not content with the studios they already have, but will continue to look for more partners down the line to create experiences for their consoles. Given the recent acquisition of ZeniMax (parent company of Bethesda), it is clear that Xbox is committed to delivering on this mission.

These sorts of updates give glimpses into and communicate to fans a company’s larger vision beyond game and console releases. For Xbox fans, it must be refreshing to hear that the company is invested in gaming, looking to bring more first-party games into their portfolio, and expanding xCloud and Xbox Game Pass access.

We’ll be sure to hear more about games coming to Xbox systems during the Xbox & Bethesda Games Showcase this Sunday, June 13 at 10AM PT.