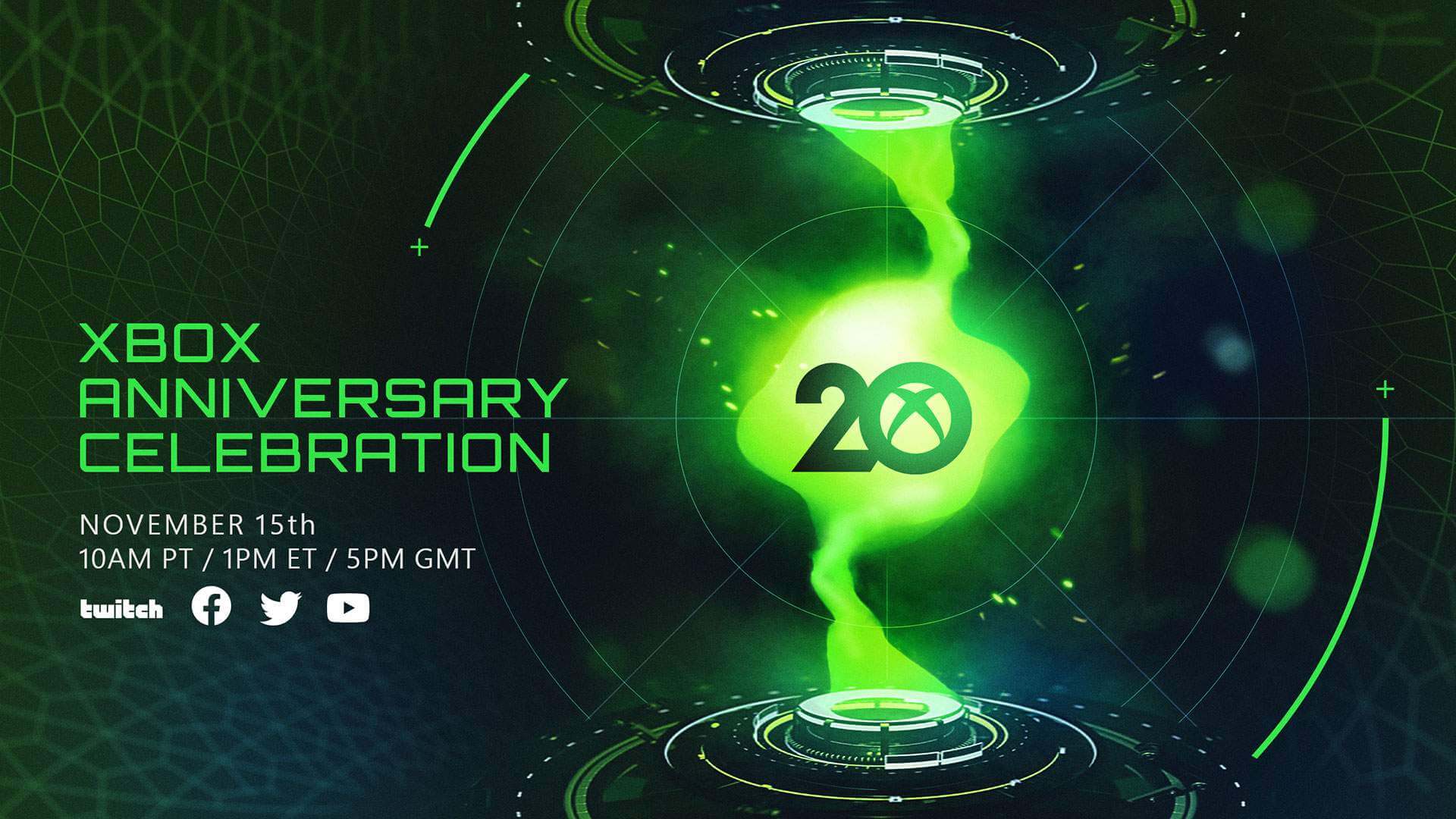 Xbox is turning 20 on November 15th, 2021 and Microsoft is celebrating in a big way!

Announced in a post on Xbox Wire, Microsoft will be hosting an Xbox Anniversary Celebration stream on November 15th at 10am PT/1pm ET/5pm GMT. The stream will be focused more on celebrating the 20 years of Xbox and Xbox gaming, so there won’t be any new games announced during the broadcast.

However, Xbox will be releasing special 20th Anniversary Xbox Wireless Controllers, Stereo Headsets, and other merchandise.

The 20th Anniversary Special Edition Xbox Wireless Controller will be a translucent green reminiscent of the original Xbox Debug kit color. The logo at the top will also be a callback to the console’s original logo. A special “20th” mark will also mark the controller as an anniversary limited edition model.

Players who use this controller with an Xbox Series X|S console will get a special 20th Anniversary dynamic background.

The controller and the headset will both retail for $69.99 and release November 15th.

Other 20th Anniversary merch includes a Razer Universal Quick Charging Stand for Xbox as well as t-shirts and hats with the black and green Xbox logo.

Merchandise information is detailed in this Xbox Wire post.