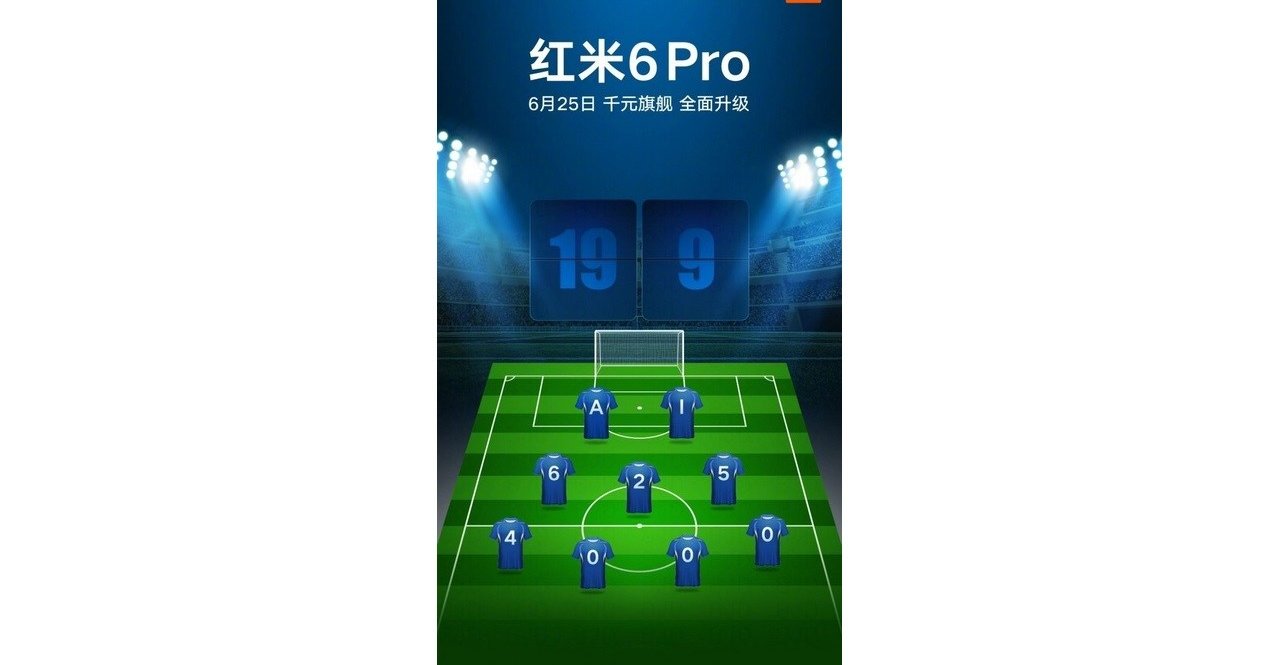 Xiaomi are definitely pacing themselves. At the end of May, they brought out the flagship Mi 8,  opting to show Redmi Y2 at the beginning of the month. Now, they plan to announce Redmi 6 Pro and the Mi Pad 4 tablet just one day before MWC Shanghai begins.

The company just confirmed that both Redmi 6 Pro and Mi Pad 4 will be unveiled next Monday, on June 25. Moreover, they teased some of the specs regarding the phone, through a clever soccer ad, taking advantage of the World Cup that is taking place these days.

The key specs for the phone are lined up like players on the field. The numbers and letters written on each of their shirts point out to a specific feature. Therefore, Redmi 6 Pro will be likely powered by a Snapdragon 625 chip, have AI capabilities and offer a generous 4,000mAh battery cell.

It might have expandable storage up to 256GB via microSD, a 3.5mm audio jack and a dual rear camera with a 12MP sensor for the primary camera.

The Mi Pad 4 is much more mysterious. There has been talk about a LTE model but nothing about the final specs.

That said, we’ll definitely find out the truth in a couple of days and check out the devices at MWC Shanghai next week!