ZF Airbag Deploys Outside Your Car Before A Side Impact 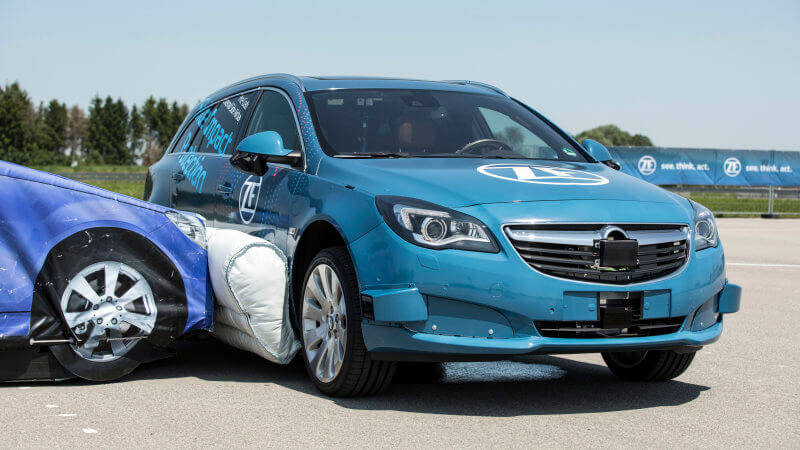 We’ve come a long way from the cars our grandparents grew up with: not only do we have seatbelts and are required by law to wear them, our cars also feature a number of safety systems to protect us when crashes occur.

One of the most well-known, tried and tested systems is the airbag and it’s not uncommon to find a whole bunch of them scattered throughout the car.

However, the airbags are only designed to protect the occupants from the inside but what if there was a solution of doing so from the outside as well?

German automotive parts supplier ZF presented an idea about putting airbags outside cars to offer more protection in case of side impacts a few months ago.

Why side impacts in particular? Because, the company said in a statement, “side impact collision are among the most dangerous type of road traffic accidents, accounting for nearly 700 deaths per year and nearly a third of all occupant fatalities on German roads.”

In addition to that, in the case of side impact collisions, the cabin often ends up deformed, which means that the passengers are at a higher risk of serious injuries in the chest area.

The company was quick to follow on its idea and recently introduced a functional prototype of such an airbag. 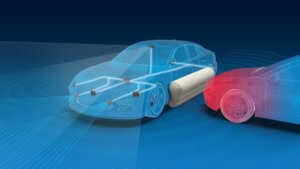 The system was attached to an Opel Insignia wagon and features a handful of sensors found on the edges of the bumpers and on the side mirrors that help the airbag determine when it’s a good time to deploy. The algorithms present in the system software are the ones responsible for the decision of deployment.

According to ZF, the system can inflate the airbag all by itself within 150 miliseconds and stretch it out between the A and C pillars. In case you needed something to compare it to, 150 miliseconds is about how long it takes someone to blink.

The air bag is 5 to 8 times the size of your regular driver airbag (between 280 and 400 liters) and can offer protection from side impacts in the way that it works as a crush zone and absorbs most of the impact, which in turn dissipates and only arrives at the car’s occupants cut by less than half – ZF claims that the airbag can reduce injury severity by 40% for the passengers.

Though the system seems to have performed well during initial testing, there’s not word from ZF yet as to when we’ll be seeing it attached to our vehicles.