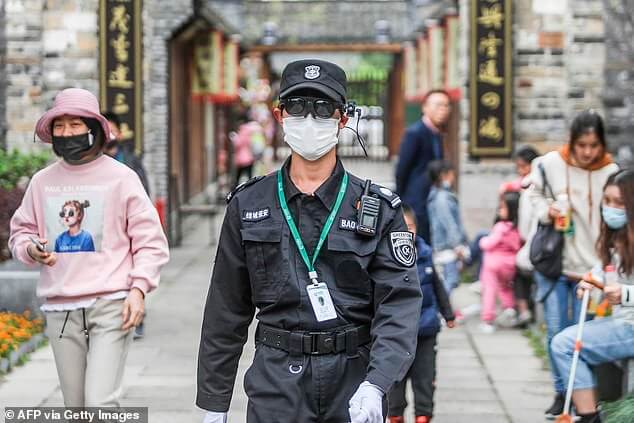 Once again, China relies on equipping security staff with smart glasses to monitor the general population.

This time, a South China Morning Post report reveals how, in Hangzhou in eastern China, the security staff at Hongyuan Park patrol the perimeter fitted with AI-powered smart glasses.

The devices are created by an AI start-up called Rokid Corp and are actually “non-contact thermal augmented reality” smart glasses that check people’s temperature and detect those with a fever from a distance.

Two years ago, the company unveiled a different pair of augmented reality glasses at CES but those don’t hold a candle to this iteration.

According to the makers, each smart glass user can scan a crowd of several hundred people within two minutes, checking their temperature.

This allows them to eliminate queues at the park entrance and enforce the social distancing regulations put in place to mitigate the coronavirus crisis.

According to the World Health Organization (WHO), thermal scanning is an effective way to identify people with a higher than normal body temperature but cannot detect people who are infected but not yet sick from COVID-19.

While one symptom of COVID-19 is running a high temperature, it can take between two and ten days before the initial infection to become sick and develop the fever.

Obviously, the glasses also support a form of facial recognition, but details about this measure are still scarce.

As of now, only South China Morning Post and a few other outlets reported the activity.

The company did advertise its capabilities on Twitter a week ago and it seems it found some customers already.

This week, Rokid fitted the Hangzhou, Huzhou and Quzhou security officials and highway police with the devices.

Perhaps they can also equip the surveillance birds with a similar tech?