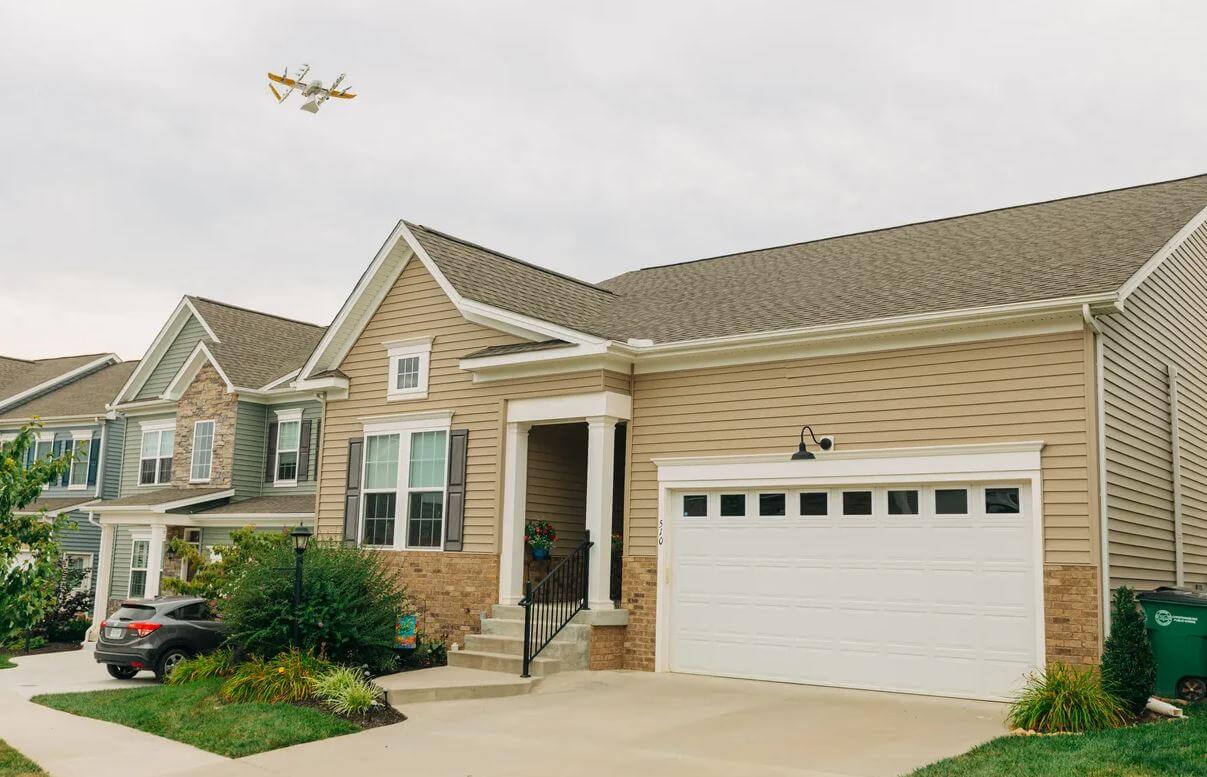 The skies over Dallas-Fort Worth will soon buzz with activity, as drones will start delivering products from Walgreens.

Google’s mother company, Alphabet, is taking to the skies to deliver goods to consumers.

The Alphabet Wing drone delivery service partnered with one Walgreens to start testing the service in Texas.

Starting small, with just one Walgreens in Frisco and Little Elm, Alphabet will test a new operational model for drone delivery – one with store employees acting as drone pilots!

Small shipping containers near the store will be hangars for Wing drones. From there, Walgreens employees trained by Wing representatives will load the drones with meds and other small products, then send them to customers.

The drones work a bit differently from Amazon delivery drones, which need to land. Operating as both hovering copters and fixed wing aircraft, the Alphabet Wing Drones will fly to the receiver, descend to 23 feet and, from there, lower the packages on a tether and drop them gently on the ground.

The Alphabet Wing program has already been deployed in the US, Finland and Australia. In one Australian location, a suburb of Brisbane, these drones have made more than 50,000 deliveries.

In Florida, UPS partnered with CVS to drop meds via drone delivery.