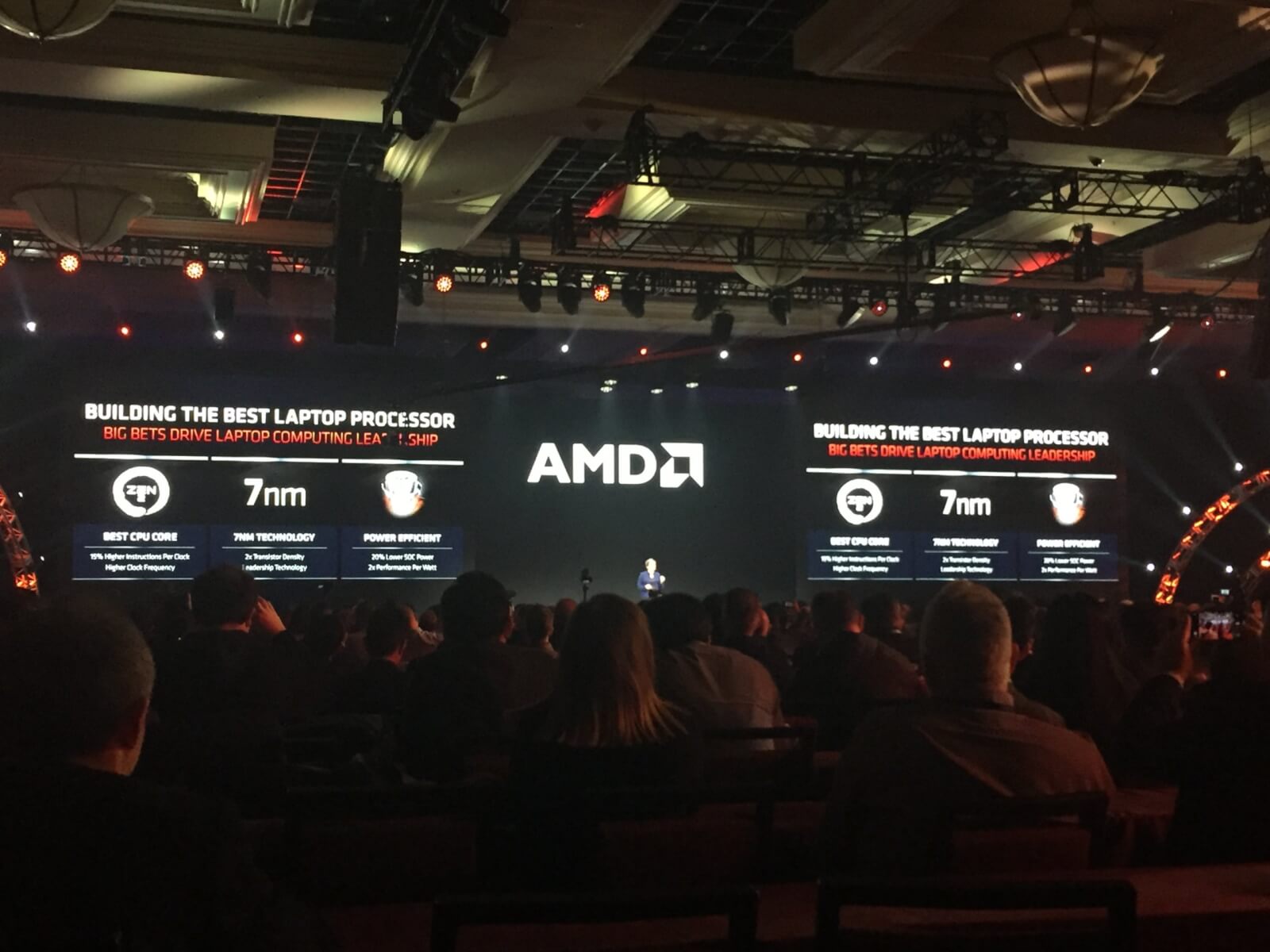 Based on their press conference at CES 2020, AMD truly knows what its good at and what its audience wants. Rather than deviating from its principle technologies, AMD doubled down. With a focus on its products, its partners, and its great technologies disrupting the market, AMD announced several new processors, laptops, and gaming cards.

To the crowd’s excitement, the first announcement was their 3rd Generation AMD Ryzen 4000 Mobile Processor line. Aiming to provide desktop quality processing within the ultrathin laptop form factor, the Ryzen 4000 series provides a huge performance leaps much greater than trends would indicate. The Ryzen 4000 series works across markets, with their U-Series focused on ultrathin laptops, H-series for gamers and creators, and Pro-series for the professional laptops. In particular, the new Ryzen 7 4800H delivers even faster performance than competitor’s chipsets with even less power. Additionally, AMD’s newest processor optimizes power efficiency and will be available in over 100 systems in 2020. 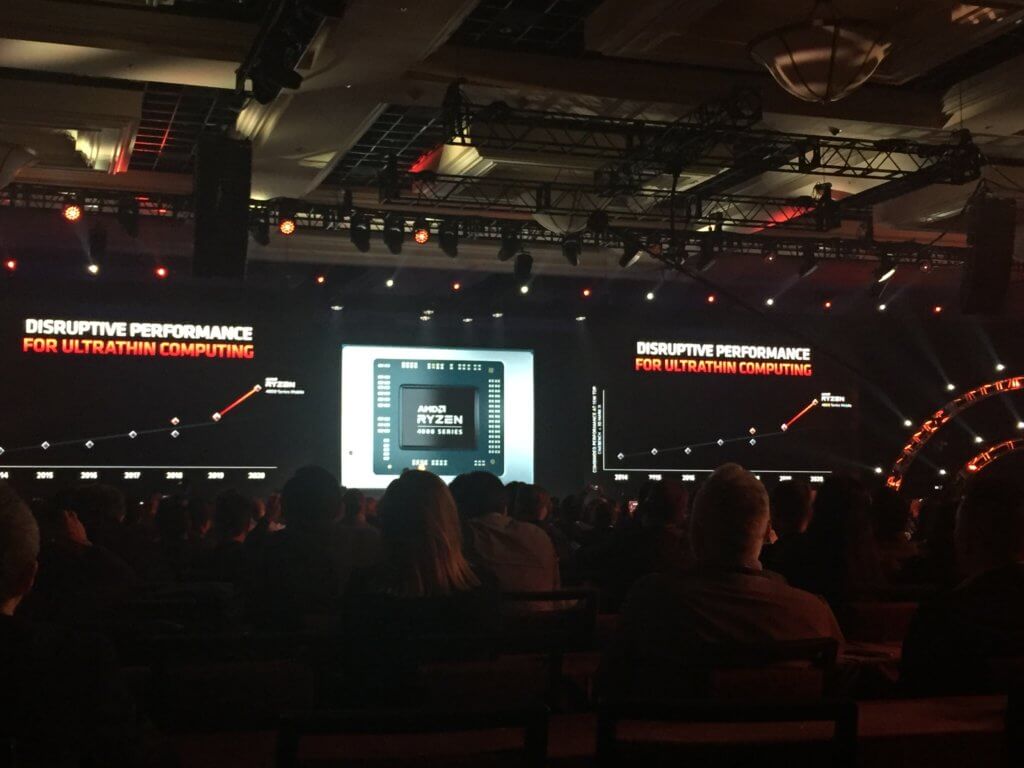 New AMD processors are way ahead of the trend in 2020.

For their final announcement, AMD truly embraced their motto of disrupting the industry. The 3rd Generation AMD Ryzen Threadripper 3990X is the first 64 core processor on the market. Available on February 7th at $3,990, the Threadripper 3990X outperforms both competitor’s and previous AMD processors by a large margin. 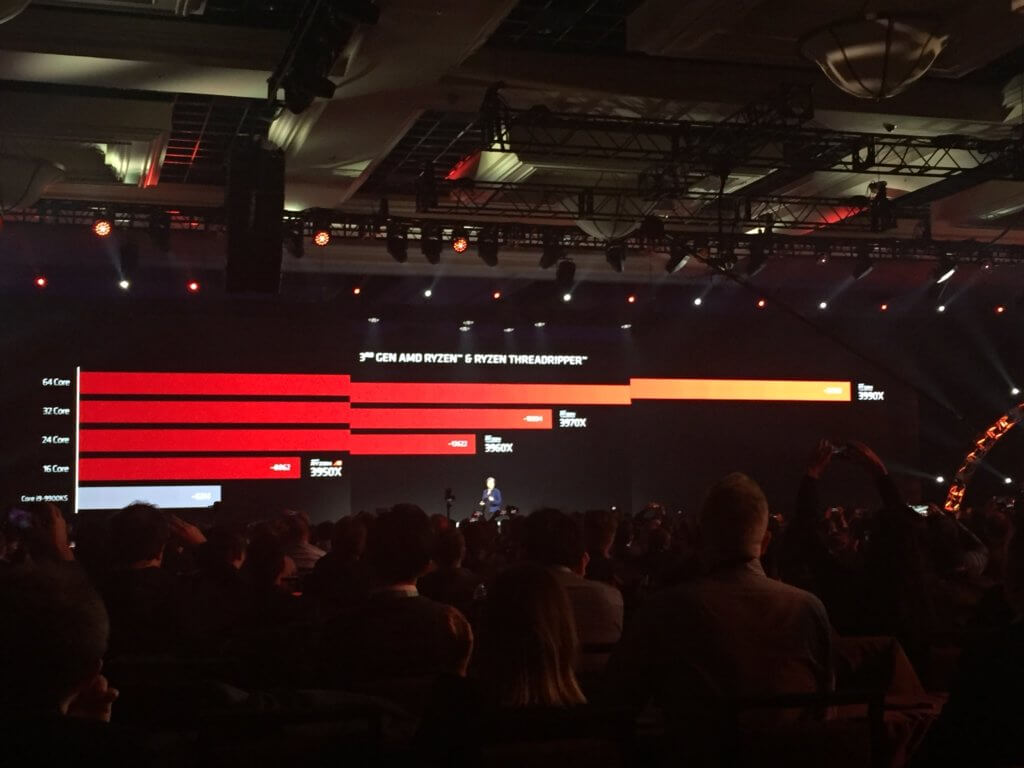 It’s easy to see that the Threadripper 3990X way outperforms its competition.

If people were expecting AMD to step out of their comfort zone of processors and chipsets, they would have been extremely disappointed. However, no one can be disappointed at how AMD once again set industry standards. Every announced processor and card broke boundaries for performance, energy efficiency, cost and more. Yet, most of what was announced were scheduled for Q1 of 2020. If this is how AMD is starting their year, both the company and the consumers are in for a great 2020.