Android Gets Its Own AirDrop-like Feature: How ‘Nearby Sharing’ Works 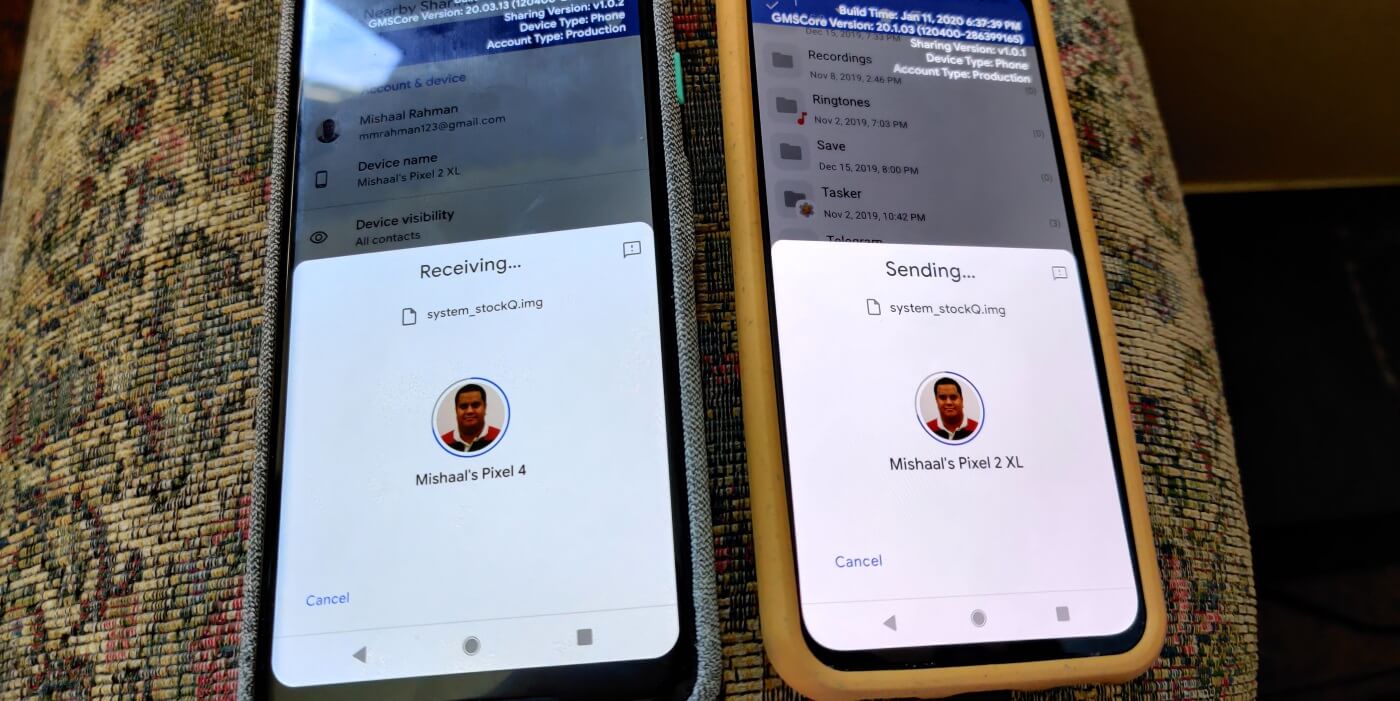 Apple’s AirDrop feature is definitely a great way to share files with friends (or memes with random strangers) and now Android might be soon getting something similar.

Google is working on “Nearby Sharing”, their response to Apple AirDrop.

First, Mishaal Rahman, a developer, spotted the option in his Android phone and even sent a file to a OnePlus Phone (pictured above).

An update on Google’s Nearby Sharing:

Just transferred a 3.5GB .img file from a Pixel 4 to a Pixel 2 XL in 2m4s. So yes, it’s definitely way faster than Android Beam. pic.twitter.com/zdFhOi2TWc

According to them, the Nearby Sharing will be available to all Android devices that have Google Play Services pre-installed.

You’ll be able to set device visibility to either all nearby Google contacts or some selected contacts.

Apparently, the range of Nearby Sharing is limited to devices that are within 1-foot of each other, so it’s quite a bit more restricted than AirDrop.

There will also be an option to keep your phone hidden and enable Nearby Sharing manually whenever you want to receive a file.

As the latest iteration to Fast Share, Nearby Sharing seems to be near launch and will probably be here extremely soon.

In any case, Samsung is already working on its own version of AirDrop, called Quick Share, which will also have a Samsung Cloud component for storing files.